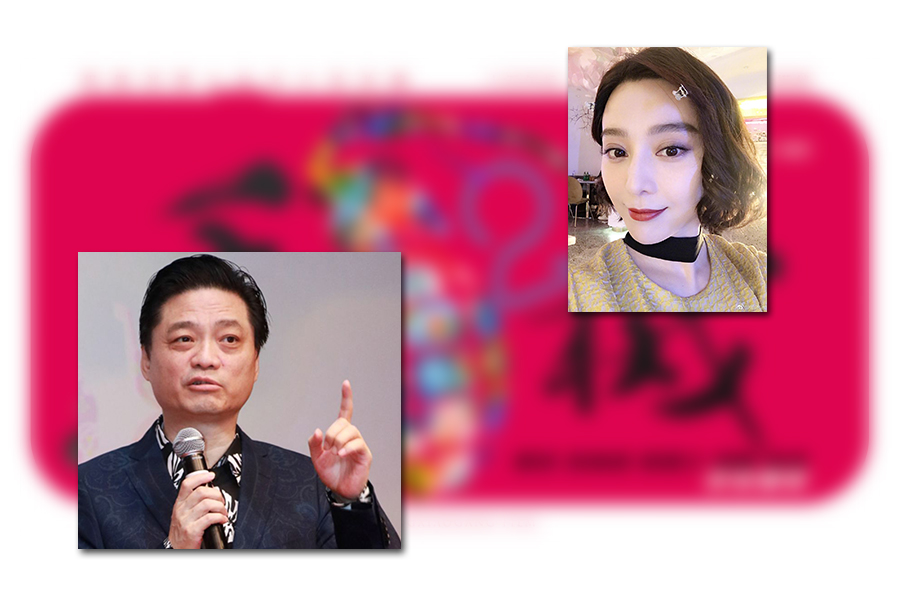 Fan Bingbing, a top Chinese actress who has played minor roles in Hollywood films like X-Men: Days of Future Past and Iron Man 3, was recently involved in a social media spat with Chinese television presenter Cui Yongyuan. As the spat escalated, Cui leaked two film contracts that Fan allegedly signed.

Fan’s alleged dual-contracts, or “yin-yang contracts,” stirred a huge uproar in China. Chinese netizens have seized on the details of the leaked contracts and questioned the practice itself. Meanwhile, China’s film industry appears to be headed for a crisis after China’s State Administration of Taxation ordered an investigation and action to be taken against double-contracting. Shares of Chinese media and film companies started to fall after the authorities announced the probe.

The backdrop:
Late 2003: Director Feng Xiaogang’s film “Cell Phone” is released and becomes a box office hit. The film plot centers around a television presenter who has an affair with the female lead played by Fan Bingbing.

Real-life television presenter Cui Yongyuan believes that “Cell Phone” makes indirect references to him and his show, and becomes so offended that he ends his friendship with Feng Xiaogang. Feng and screenwriter Liu Zhenyun remain silent whenever Cui criticizes them in public.

May 10, 2018: On Weibo, Feng posts a picture of a concept poster of his upcoming film “Cell Phone 2,” as well as a “now-and-then” photo of himself, Liu, and five other members of the film cast. Feng’s social media posts provoked angry responses from Cui.

Later, Cui alleged that Fan’s exorbitant income was damaging the Chinese film industry before leaking the yin-yang contracts which he claimed were signed by her. Cui also said that yin-yang contracts are industry-wide malpractice.

May 29: Fan Bingbing’s film studio issued a statement saying that Cui Yongyuan had infringed on her rights, and requested that Cui delete his social media posts.

May 31: Cui clarified in a media interview that the yin-yang contracts he posted on Weibo were not Fan’s. He added that the contracts were “passed on to me by some people,” and expressed regret over the incident. Cui also expressed the hope that some “very capable persons” can show the way to a peaceful resolution of the issue.

June 3: Cui Yongyuan posted to his Weibo a death threat he received from the verified Weibo account of Xu Yongling, a retired People’s Liberation Army (PLA) test pilot and expert at the Chinese Society of Aeronautics and Astronautics. Xu wrote to Cui that his “lifespan is up,” and should Cui wish to pick a fight, “your underworld and government connections are nothing” to him. Xu later deleted his Weibo post to Cui.

On the same day, China’s State Administration of Taxation ordered an investigation into the practice of yin-yang contracts.

June 4: The PLA Air Force wrote in a statement on its official Weibo account that Xu Yongling had retired from the air force in December 2014 and had transferred to a new job in September 2015. The statement added that Xu had been asked to cease making improper statements on social affairs as a retired soldier.

Our take:
For Fan Bingbing’s tax evasion probe to suddenly become an all-consuming issue in Chinese public discourse is somewhat odd. The issue of yin-yang contracts, fraudulent box office revenue, and money laundering in the film industry are open secrets in China. Fan may be a popular star, but mainland Chinese media coverage is still giving the issue disproportionate attention.

We believe that the attention on Fan’s case is connected with the CCP’s recent struggles to corral public opinion and the political situation in China.

1. When the CCP is under intense public criticism over governance issues, its propaganda apparatus is known to “promote” social issues to divert the public’s attention. These social issues often involve scandals in the entertainment industry.

Take an infamous example from 2008. Heavy snowstorms in January and February caused severe transportation disruption across the country. Many Chinese were stuck at train stations while traveling home for the Lunar New Year holidays due to a lack of government emergency warnings. On Feb. 1, as many as 240,000 train passengers were stranded in Guangzhou’s train station for several days without food, an incident which sparked a huge uproar. Many Chinese started blaming CCP information censorship for the snow crisis.

When the crisis and public condemnation was at a peak, hundreds of nude pictures of Hong Kong celebrities started appearing on the heavily censored Chinese internet. Suddenly, the nude celebrity photos, and not government incompetence in handling a snowstorm, became the hot topic of the day.

The CCP is facing a different, but no less challenging, public discourse crisis today. After the 19th Party Congress, the CCP propaganda went into overdrive in promoting a “new era” for China and trumpeting the achievements of China’s high-tech “national champions” like ZTE in a propaganda film “Amazing China.” This April, however, the United States effectively punctured the glowing propaganda image by crippling ZTE’s business operations with a seven-year purchase ban and announcing plans to impose 25 percent tariffs on $150 billion of Chinese imports. The Trump administration’s “flip-flop” statements on trade and tariffs have also left the CCP propagandists in an extremely awkward position, particularly when they have to cover for Chinese concessions while maintaining a tough image.

2. China’s entertainment industry is a very murky territory where the triads, business, and politics intersect. The dealings of Zeng Qinghuai, the brother of former Politburo Standing Committee member and Jiang Zemin faction number two Zeng Qinghong, is an example. Zeng Qinghuai was an envoy of China’s Culture Ministry in Hong Kong in the 1990s, and is in the filmmaking business in Hong Kong and mainland China. He is rumored to be a “gang boss” in Hong Kong and China’s entertainment sector, and is said to be involved in Dongguan City’s yellow industry.

Several curiosities from the unfolding Fan Bingbing tax probe raises the possibility that the probe could be a move by the Xi Jinping camp against the Jiang faction: Cui Yongyuan said that he had obtained the yin-yang contracts from “some people”; Xu Yongling’s Weibo outburst and the PLA Air Force reining him in; and the official probe by the State Administration of Taxation.

Fan Bingbing’s probe comes after Zhao Wei, another female star, was targeted by the authorities in April for financial irregularities.

3. The Chinese government is severely short of cash at present. Confiscating unpaid taxes and slapping fines on the wealthy in China’s entertainment industry is one way of filling up the national coffers.

4. The Xi administration launched a large-scale “sweeping black” campaign in January to target organized crime. It will not be out of place if the Fan Bingbing probe leads to a crackdown on the triads in the entertainment industry.