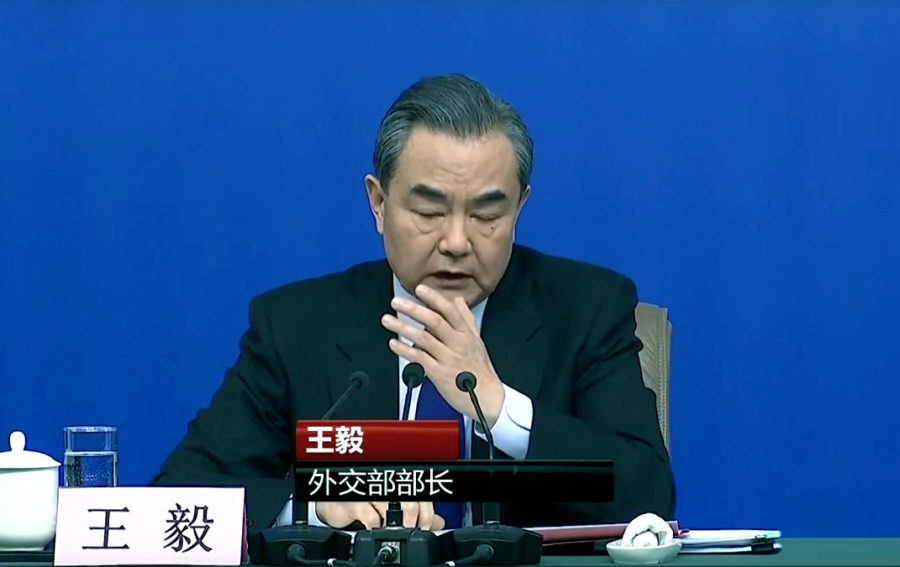 ◎ Whether the coming peace talks would be trilateral or quadrilateral talks would hinge on the outcome of Sino-U.S. trade negotiations and the Trump-Kim summit.

The backdrop:
April 27: South Korean president Moon Jae-in and Kim Jong Un held an inter-Korean summit at the demilitarized zone and signed the Panmunjom Declaration for “peace, prosperity and unification” of the Korean Peninsula.

May 2: A special advisor to South Korea’s Moon hinted at the possibility of U.S. troop withdrawal after a peace treaty is signed. Moon responded via his spokesperson that “U.S. Forces Korea is a matter of the South Korea-U.S. alliance,” and “it has nothing to do with signing a peace treaty.”

Our take:
1. The Panmunjom Declaration calls for trilateral talks between the two Koreas and the U.S., or quadrilateral talks involving both Koreas, America, and China in the event of peace talks. In other words, China could be squeezed out of the coming negotiations.

Beijing would be right to worry about being excluded. While the People’s Republic of China and the Democratic People’s Republic of Korea both hail from the communist camp and the PRC made huge sacrifices in the Korean War, the historic relationship between both sides has blown hot and cold. The DPRK has always been somewhat wary of its larger communist brethren, and particularly so under Kim Jong Un. For instance, Kim executed his pro-Beijing uncle Jang Song Thaek shortly after coming to power and ordered the assassination of his half-brother Kim Jong Nam, who was under Beijing’s protection.

Should Kim decide to set North Korea on the path of reform and opening up, he might find it more beneficial to establish closer ties with South Korea and the U.S. and escape the PRC’s control. And the Chinese regime would be endangered should the DPRK distance itself from the PRC after denuclearization while American troops remain on the Korean Peninsula. Beijing must have considered this scenario, and hence Wang Yi could be looking to guarantee quadrilateral peace talks during his Pyongyang trip.

2. While in Beijing, Kim Jong Un had invited Xi Jinping to visit Pyongyang. Subsequently, Chinese language media reported that Xi might make the trip in June. Wang Yi could finalize the details of Xi’s visit while in North Korea.

3. North Korea invited Chinese foreign minister Wang Yi and not Chinese Communist Party International Liaison Department director Song Tao for diplomatic negotiations. In other words, the Kim regime is continuing to signal to the world that it is striving to become a normal country by conducting regular diplomacy as a non-communist country would. Previously, Kim brought his wife to visit Xi in Beijing per the custom of regular visits by heads of state, a departure from the practice of his father and grandfather, who left their spouses at home. North Korean officials have also been carrying out more overseas trips in recent weeks.

4. We believe that whether the coming peace talks would be trilateral or quadrilateral talks would hinge on the outcome of Sino-U.S. trade negotiations and the Trump-Kim summit. If China makes sufficient concessions in trade discussions with America, there is a good possibility of quadrilateral peace talks.