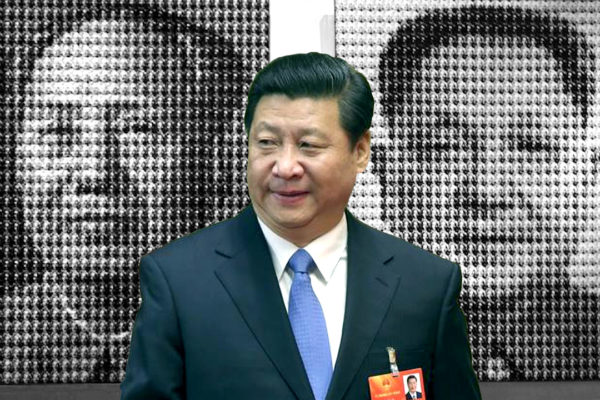 ◎ A CCP Central Committee decision to remove term limits for the president and vice president sparked a huge outcry in the media and the China-watching community.

A Chinese Communist Party (CCP) Central Committee decision to remove term limits for the president and vice president sparked a huge outcry in the media and the China-watching community. Most commentators decried Chinese leader Xi Jinping’s “power grab” and criticized what they saw as his move towards “one-man rule.” Many observers also expressed fears that Xi is setting up to be a “leader for life” like Chairman Mao Zedong by dropping the term limits that Deng Xiaoping had put in place to prevent the rise of another personalistic dictator.

We have questions about the above views.

Most commentators note that China limited the president to two terms in 1982 because Deng Xiaoping wanted to prevent the overconcentration of power in individuals and shift the Chinese regime towards rule by “collective leadership.” Deng then established norms to check the rise of another Mao, allow for more decentralized politics, and create additional checks and balances to safeguard against personalistic rule. There is, however, a disconnect between Deng’s rhetoric and actions.

Deng is not a personalistic dictator in the mold of Mao. But then he didn’t need to be like Mao to wield paramount power until the 1990s. Deng never held the post of Party General Secretary or took the title of president, yet he designated four CCP leaders (Hu Yaobang, Zhao Ziyang, Jiang Zemin, Hu Jintao) and sacked two of them. The Party “collective leadership” agreed to Deng’s decision to order the troops to fire on students on Tiananmen Square in 1989, as well as to the dethroning and house arrest Zhao Ziyang. When Jiang Zemin and some Party elders were not in favor of market liberalization, an 88-year-old Deng, then only an ordinary Party cadre and chairman of the bridge association, embarked on his “southern tour” to force the Party leadership to continue with economic reform. Indeed, Deng showed that it is more beneficial to rule as a “retired emperor” (taishang huang), or power behind the throne, then seize the throne itself. Jiang absorbed this lesson well from Deng, and proceeded to hamstring Hu Jintao over his two terms in office by stacking Hu’s Politburo Standing Committee and the Central Military Commission (CMC) with Jiang faction members. The system of “collective leadership” can too lead to power overconcentration in a handful of individuals.

We are skeptical of the notion that Deng was serious about checking against “one-man rule” when he oversaw the introduction of presidential term limits. Since Mao’s time, the Party had always dominated the state in the Chinese regime’s parallel system of governance. Presidents before Jiang Zemin merely served as ceremonial heads of state, while real power lay in the hands of CCP General Secretaries or Party Chairman. The role of the president only became important from Jiang onwards, but then only as part of a triumvirate of titles (CCP General Secretary, CMC chairman, and president of the People’s Republic of China) that Party leaders hold due to the legacy of the Tiananmen crisis.

So if Deng really wanted to prevent the rise of a dictator or check a “retired emperor” from interfering with a more “democratic” leadership of the collective, shouldn’t he have imposed limits on the top Party and military leadership posts, and not only on the presidency? And why did the Party “collective leadership” heed the views of an octogenarian Party cadre with no formal office on economic reform? Is Deng Xiaoping and his role in introducing presidential limits the best example of the CCP safeguarding against the overconcentration of power in one man? In fact, has the CCP truly ever departed from the rule of dictators and pseudo-dictators?

Xi and a Return to Mao

Another common concern of commentators is the possibility of Xi Jinping returning China to the Mao era of strongman rule. Some argue that Xi is practically the new Mao, given the elevation of the Party in official rhetoric and the daily lives of the Chinese people, Xi being the “chairman of everything,” his status as Party “core” leader, and the writing of his “Xi Jinping Thought” into the Party charter and state constitution. Indeed, a popular view of Xi is that five years of power consolidation has made him “China’s most powerful leader in decades.”

The assessment of Xi as the most powerful Party leader is accurate at least on paper in considering that he has accumulated the necessary tokens of power and holds top leadership positions. Whether Xi is truly as powerful in real terms is debatable. For instance, the top military brass did not publicly condemn the purged generals Zhang Yang and Fang Fenghui, a highly disquieting silence given that both generals officially stand accused of being in league with the vilified former military vice chairs Xu Caihou and Guo Boxiong. Also, Xi saw need to downsize the CMC from nine members to seven, a move which suggests insecurity rather than a power grab. In another essay, we argue that Xi removed the presidential limits to avoid being a lame duck leader and allow him to push through reforms to tilt a life-and-death factional struggle in his favor. A closer examination of CCP factional fighting and its role in shaping policy, reform, and even official response to political developments are required to gauge the power of Party leaders more precisely.

Understanding how power consolidation works in the CCP is essential in any assessment of whether Xi is returning China to strongman rule. To become Party paramount, he needs to promote the Party as paramount and himself as its unquestioned vanguard. In other words, Xi has to play by the Party’s rules and ride the tiger to the top; should Xi embrace more liberal reforms before completely dominating the Party, the tiger will throw him off and consume him. The fate of Hu Yaobang and Zhao Ziyang is a case in point. Xi may introduce liberal reforms after fully vanquishing his political foes, or he may become another CCP dictator. Until that day comes, it is nearly impossible to tell which path Xi will take.

We believe, however, that Xi Jinping may not be a new Mao Zedong. As many observers have pointed out, the China of today is vastly different from Mao’s China, and Xi is a different person than Mao. Further, we noticed that Xi is going the opposite direction from Mao on the issue of constitutionalism. Mao believed that “only idiots and anti-Party elements” promote constitutionalism over the Party’s leadership, ordered schools to stop holding lectures on the constitution, and refused the title of president. Meanwhile, Xi spoke of a “constitutional dream” (“xian fa meng”) in his third ever speech as General Secretary, and said that “no organization or individual has the power to overstep the constitution or the law” at the 19th Party Congress. Some observers also noticed that the list of constitutional amendments discussed at the Second Plenum includes a wording change from having the state observe the “rule of law” instead of the prior “rule by law.” Skeptics of Xi’s constitutional turn would say that the Party still runs everything. But it also makes little sense for Xi to put in any effort at all in promoting constitutionalism, an unorthodox move for Party leaders to say the least. After all, Mao disapproved of the state hierarchy and the constitution, and believed only in the Party’s primacy.

So why would Xi even bother dropping the presidential term limits since the Party dominates the state? Would it not be better for him to take a leaf out of Deng and Jiang’s book by becoming an irreproachable power behind the throne instead of changing the rules and facing international condemnation? More importantly, why is Xi talking about constitutionalism if he is set on following in the footsteps of Mao Zedong?

Answers to the questions we raised may lie in a close study of what Xi Jinping has said and done, or not said and done, over the past five years. Careful scrutiny of the responses or lack of responses to Xi and his policies by rivals and allies alike is also prudent. Also, a deep understanding of how power is consolidated in the CCP and the nature of factional struggles is essential in any reading of elite Chinese politics. Based on our research, we surmised that up till the present, Xi has been taking China down a different path from that already trodden by his predecessors. And when the rules of the political game have changed under Xi, conventional thinking about the nature of leadership succession and how CCP politics work become less helpful to an analysis of what the scrapped presidential limits might mean. Without a rigorous reexamination of the Xi era and at least the rule of the two leaders before him, equating Xi with Mao can seem contrived. Also, whether or not Xi will rule indefinitely is still up in the air.