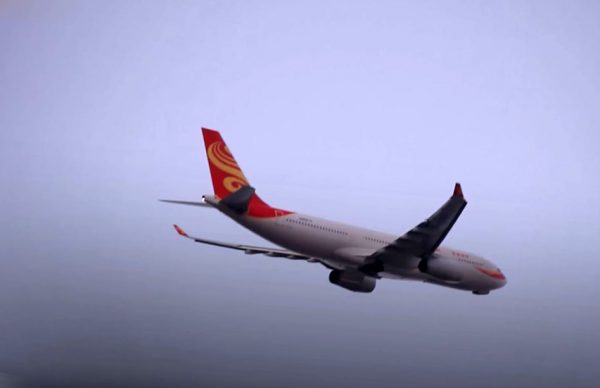 ◎ Whether or not HNA can survive its financial troubles will have a significant impact on China’s debt crisis.

In 2016, HNA Group went on a global acquisition spree. One year later, the company pulled its brakes and has been selling its assets ever since. Whether or not HNA, a company which grew by expanding its debt, can survive its financial troubles will have a significant impact on China’s debt crisis.

On Feb. 8, mainland Chinese newspaper Southern Weekly reported that HNA was facing a “credit crunch” in an article featuring the company’s “crisis timeline.” The newspaper noted that HNA’s current financial troubles are due to its low profitability, debt-heavy corporate strategy. However, Southern Weekly pulled the article and its author’s notes on investigating HNA before the newspaper went out to print, according to the journalist who wrote the piece.

The Southern Weekly article noted that HNA debt-heavy deal making quickly grew its balance sheet and its business, and allowed the company to cover up the various problems that arose from credit expansion as its assets appreciated. When the markets were stable, HNA’ strategy appeared to be “invincible.”

HNA’s recent troubles aren’t, in fact, recent. The “HNA expansion model” has for a while been built on “merger and acquisitions” and “capital chain crisis.”

Feb. 13: Hong Kong International Construction Investment Management Group (HKCIM) , a subsidiary of HNA, sold two pieces of land in Hong Kong’s Kai Tak Development that it bought in November 2016 to Henderson Land Development Company Limited for HKD 15.959 billion (about $2 billion), or a price that is 12 percent above what HKCIM paid.

Feb. 14: China HNA Group announced that some of its board members and senior management recently purchased some HNA-guaranteed offshore dollar bonds owing to optimism about the company’s long-term business development prospects. The amount spent on purchasing the bonds wasn’t disclosed. The move was intended as a signal to the markets that HNA has confidence for its future.

Feb. 16: C-Quadrat, HNA’s Austrian asset management firm, announced that it is cutting its stake in Deutsche Bank to 8.8 percent.

2. HNA’s corporate strategy is reliant on an environment of rising asset prices, continuously rising land prices and financing, and its leveraged M&A as well as equity pledged financing. Somewhat akin to a Ponzi scheme, HNA’s strategy becomes unsustainable in an environment where asset prices fail to keep going up. And China’s economy presently faces pressure from America’s financial policies (tax cuts and deregulation; the Fed shrinking its balance sheet and raising interest rates). HNA is at risk of being pulverized by its huge debt.

3. HNA was able to pull off its strategy due to the environment fostered by Chinese Communist Party (CCP) rule:

We believe that the Xi administration won’t let HNA collapse, but will force the company to drastically scale down and sell its assets to pay off the debts it owes to the state-owned banks. If HNA refuses to comply, then Xi will go after the powerful groups behind the company via the anti-corruption campaign.