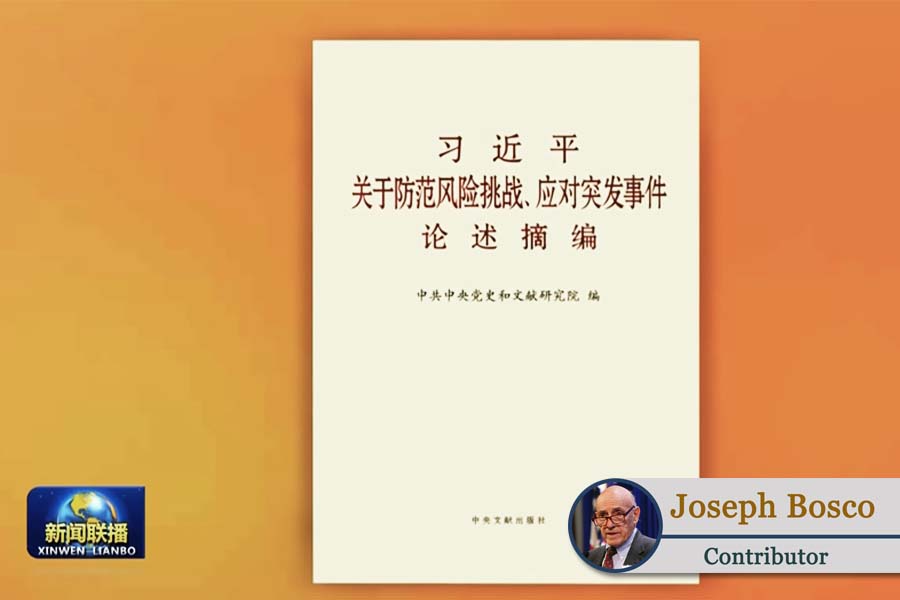 ◎ As during the Cold War, the most powerful liberating instrument the free world can provide to the Chinese people is the truth.

For the Chinese Communist Party (CCP), China’s “century of humiliation” is the gift that keeps on giving. Beijing returns again and again to the theme of Western imperialism, oppression and exploitation to keep stoking the embers of grievance and resentment against the West, and especially the United States.

But the People’s Republic that announced China had “stood up” in 1949 soon made clear what that would mean for the Chinese people and the world — and it was not an agenda that would engender pride among ordinary Chinese, or peace of mind in the international community.

At home, Mao Zedong launched radical social and economic initiatives that led to domestic disasters of unfathomable proportions. The Great Leap Forward and the Cultural Revolution together accounted for as many as 60 million Chinese deaths, eclipsing by an order of magnitude the losses sustained during the Japanese invasion and occupation that the CCP is happy to invoke at a moment’s notice.

Aside from the tragic toll in Chinese lives lost to the revolution, the destruction of China’s cultural, artistic and spiritual heritage was colossal, exceeding anything perpetrated during 14 years of brutal occupation by Imperial Japan.

Beyond China’s borders, war against the world was the Chinese Communists’ calling card.  Within months of its creation, China joined in North Korea’s invasion of South Korea, for which it was branded an aggressor state by the United Nations. At the same time, it invaded and occupied the autonomous states of Tibet and East Turkestan. It prepared to do the same to Taiwan until the United States intervened to prevent an even wider Asian war. In subsequent years, China invaded parts of India, Vietnam and the Soviet Union, and fomented “wars of national liberation” throughout Asia, Africa and Latin America.

At home, the communist regime instituted one grotesque cruelty after another, such as its one-child policy that led to widespread forced abortions and female infanticide, or the industrial-scale harvesting of organs from live prisoners of conscience. Because of its inhuman behavior domestically and its international aggression, China had become a pariah nation.

When Richard Nixon contemplated what he would do if he won the presidency in 1968, he saw the world’s greatest danger in a “Red China” ruled by a government whose primary mission seemed to be to  “nurture its fantasies, cherish its hates and threaten its neighbors.”

He made the historic decision to bring China out of its “angry isolation” and welcome it into “the family of nations.” He believed that, short of war, it was the only way “to draw off the poison from the Thoughts of Mao.” That process of “dynamic detoxification” would help “open China to the world and open the world to China.”

All subsequent administrations, until Donald Trump’s, hewed to the same expanded engagement policy with the hope that China’s leaders would find it in their collective heart to end the sense of grievance and anti-West hostility. But it proved to be a false expectation.

As the decades passed, China grew more powerful economically and militarily, but without ever softening its paranoid view of the outside world. It consistently failed to institute the economic and political reforms that would move it toward fulfillment of the aspirations it had signed onto in the Universal Declaration of Human Rights and the International Covenant on Civil and Political Rights.

Western hopes that China finally would become a “normal” nation reached their first peak in the late 1980s when Deng Xiaoping, the diminutive and genial anti-Mao, loosened internal restrictions and introduced limited market reforms. But, when students and workers gathered peaceably in Tiananmen Square and a hundred other cities to support Deng’s economic opening and encourage parallel political reforms, he turned the guns and tanks of the People’s Liberation Army against the Chinese people to remind them they lived in the People’s Republic.

Despite that shock, the West convinced itself it had to do even more to encourage internal political reform in China and pinned its hopes on China’s accession to the World Trade Organization. When I testified against this in 2000, the Senate Foreign Relations Committee chair asked if joining the WTO would change China. I said I feared it would change us.

It certainly did not change Communist China. On the contrary, Beijing followed its well-established practice of exploiting as weakness every generous Western opening it now found in trade, investment, technology and intellectual property transfer (licit and illicit).  Chinese companies with ties to the Communist Party and the military even gained special lenient access to the U.S. stock markets. While Vladimir Lenin said capitalists would sell communists the rope to hang them, China proved the West also would provide it the money to buy the rope.

China has escalated the attack on its own people with its human rights atrocities in Tibet (cultural genocide) and East Turkestan/Xinjiang (cultural and actual genocide), its crackdown in Hong Kong, and its persecution of all forms of dissent and free expression throughout the mainland.  On virtually a daily basis, it threatens war against democratic Taiwan for showing the Chinese people a better way.

Its unleashing of the coronavirus pandemic first on its own people and then on the world — whether by strategic design or cruel and reckless disregard of the consequences of its actions — has added to the gathering shame and doubts the rulers have earned. They truly have “hurt the feelings of the Chinese people,” who do not yet have the full picture of the growing opprobrium directed at communist officials by members of the international community. Even a tiny European state such as the Czech Republic has demanded an apology for the crude threats issued by China’s foreign minister because a Czech official visited Taiwan.

Given its behavior within and outside China, the communist government has matched the reputations of Nazi Germany and the Soviet Union as abominations in the civilized world. For many, PRC soon may stand for the “Pariah Republic of China.” The Chinese people deserve better.

In his July speech at the Nixon Library, Secretary of State Mike Pompeo talked of the joint responsibility the Chinese people and the outside world share to bring about long-promised change:

“We must … engage and empower the Chinese people — a dynamic, freedom-loving people who are completely distinct from the Chinese Communist Party. … Changing the CCP’s behavior cannot be the mission of the Chinese people alone. Free nations have to work to defend freedom.”

As during the Cold War, the most powerful liberating instrument the free world can provide to the Chinese people is the truth. When they have it, they certainly will decide that 71 years of humiliation at the hands of their communist rulers is enough; they don’t need a second full century of shame.