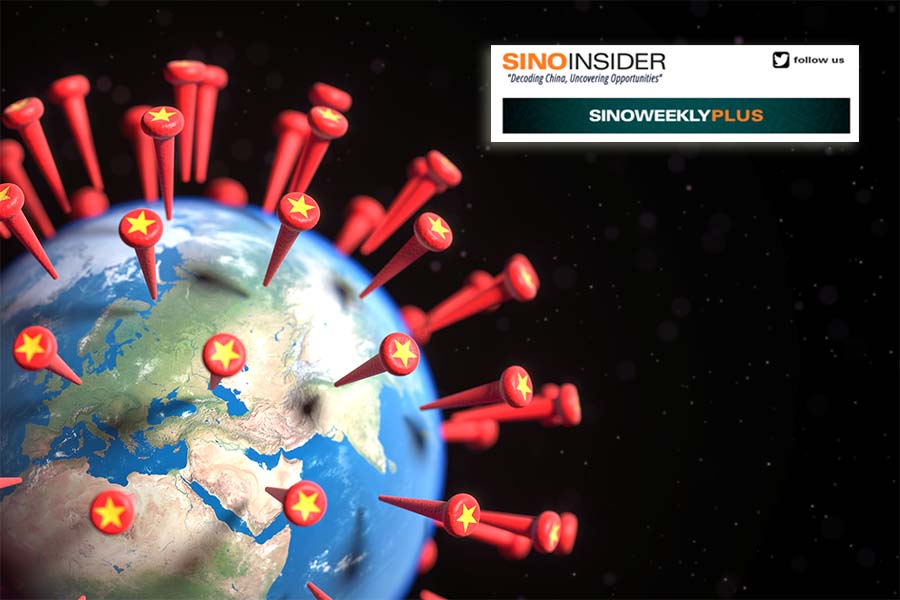 Geopolitics Watch: How the CCP Could Turn a Coronavirus Pandemic to its Advantage

◎ The following analysis was first published in the Feb. 27 edition of our subscriber-only SinoWeekly Plus newsletter. Subscribe to SinoInsider to view past analyses in our newsletter archive.

Over the past week, South Korea, Japan, Iran, and Italy reported the rapid spread of the COVID-19 coronavirus in their territory. On Feb. 25, the United States Centers for Disease Control said that it is expecting the coronavirus to spread at the community level and warned that “disruption to everyday life may be severe.” On Feb. 26, San Francisco declared a state of emergency over the coronavirus, while the New York Police Department handed out “thousands upon thousands of gloves, masks and wipes” to its police officers. On Feb. 27, Australian prime minister Scott Morrison said that “there is every indication that the world will soon enter a pandemic phase of the coronavirus.” At the time of writing, there are over 82,000 confirmed cases of COVID-19 in at least 50 countries in the world.

The coronavirus outbreak has hit global supply chains (China), manufacturing sectors (China, South Korea), and even the fashion industry in Milan (Italy). On Feb. 17, Apple said that it does not expect to meet its second-quarter revenue forecast due to lower iPhone supply globally and lower Chinese demand due to the epidemic. A survey conducted Feb. 17 to Feb. 20 by the American Chamber of Commerce in China (AmCham) found that almost half of U.S. companies in China expect revenue declines in 2020 if business cannot return to normal by the end of April. A fifth of the survey respondents expected revenue to drop by over 50 percent if the epidemic lasts through Aug. 30.

The rapid spread of the epidemic spooked global markets, resulting in $3.6 trillion in value being wiped out after global markets plummeted for six consecutive days. On Feb. 27, the Dow Jones Industrial Average entered correction territory for the first time since December 2019, falling nearly 1,200 points; the Dow fell over 1,000 points on Feb. 25 and nearly 900 points on Feb. 26.

As the coronavirus outbreak transitions from epidemic to pandemic, the PRC is projecting the notion that it is bringing the coronavirus under control. PRC health authorities have been reporting fewer and fewer new confirmed cases and deaths in the past week. The central government is rushing local governments to get people back to work to resume regular production. The propaganda apparatus has begun to give credit to Xi Jinping for his leadership in the public health crisis. And while the Chinese markets also declined along with global markets over the past six days, the prior period where the epidemic appeared to be at its worst in China saw the markets make logic-defying gains. Between Feb. 3 to Feb. 21, the Shanghai market grew by over 3.54 trillion yuan while the Shenzhen market increased in value by 4.19 trillion yuan. And between Feb. 19 to Feb. 21, the Shanghai and Shenzhen markets saw a combined transaction volume of over a trillion yuan a day.

Our take:
1. The coronavirus outbreak in China has seriously impacted CCP elite politics, as well as Chinese economy and society. Regime-ending Black Swans could yet be triggered by a pandemic, and the CCP faces unprecedented risks and what could be its toughest fight for survival to date since the end of the Cultural Revolution in 1976.

The CCP, however, has much experience in surviving against great odds and cannot be written off too quickly. Several factors boost the regime’s survivability in a pandemic:

The rapid spread of the coronavirus outside China has also brought unprecedented opportunities for the CCP to advance its domination agenda:

On paper, the CCP looks likely to survive the unprecedented risks brought about by the coronavirus, and could even seize the opportunity to make a push for global dominance. Reality, however, is far messier. The CCP’s so-called “authoritarian advantage” is inhibited by the natural inefficiencies of Leninist centralized control (do local officials take initiative in a crisis or stay “politically correct” and wait for instructions from the top?) and “you die, I live” factional struggles in the CCP elite. Election pressures in the United States could also affect how President Trump deals with China. It is too early to assume that the coronavirus outbreak will not become the “Chernobyl” that brings down the CCP.

2. The coronavirus outbreak in China and what seems like the imminent arrival of a pandemic presents a serious challenge to globalism, or at least its production-related aspects.

Countries and multinational companies are quickly discovering the dangers of being overly dependent on the PRC for manufacturing. To cope with the coronavirus’s impact, some multinationals have begun shifting supply chains. According to a Feb. 26 report by Nikkei Asian Review, Google and Microsoft are stepping up efforts to shift production of their new phones, computers, and other devices from China to Southeast Asia, with factories in Thailand and Vietnam the expected beneficiaries of the shift.

Meanwhile, the Trump administration appears to be taking the opportunity to double down on its “America First” policy. According to a Feb. 26 report by Politico, White House trade and manufacturing policy director Peter Navarro and “the administration’s other China hawks are pushing to use the coronavirus crisis to press U.S. companies to end their dependence on foreign suppliers.” A day earlier, Donald Trump Jr., the eldest son of President Trump, tweeted that the coronavirus outbreak shows that his father was “right to want a trade policy focused on increasing American manufacturing” because he “understands that it’s dangerous for our economy to be beholden to China.”

We believe that the coronavirus outbreak will very likely speed up the revival of America’s manufacturing industry and local manufacturing elsewhere as countries move to develop a degree of production self-sufficiency. Countries with no manufacturing base could also actively seek alternative suppliers and reduce their overall dependence on PRC products to hedge against future epidemics on the mainland.

The shift from globalization to localization of production would likely take place within a couple of years instead of over several decades. And once certain supply chains shift out of China, such as the production of essential medicines, existing supply chains on the mainland will be less competitive as countries factor in product safety, epidemic, and other disasters into cost considerations. The trend of reduced reliance on PRC products presents a dire and imminent threat to the CCP regime.