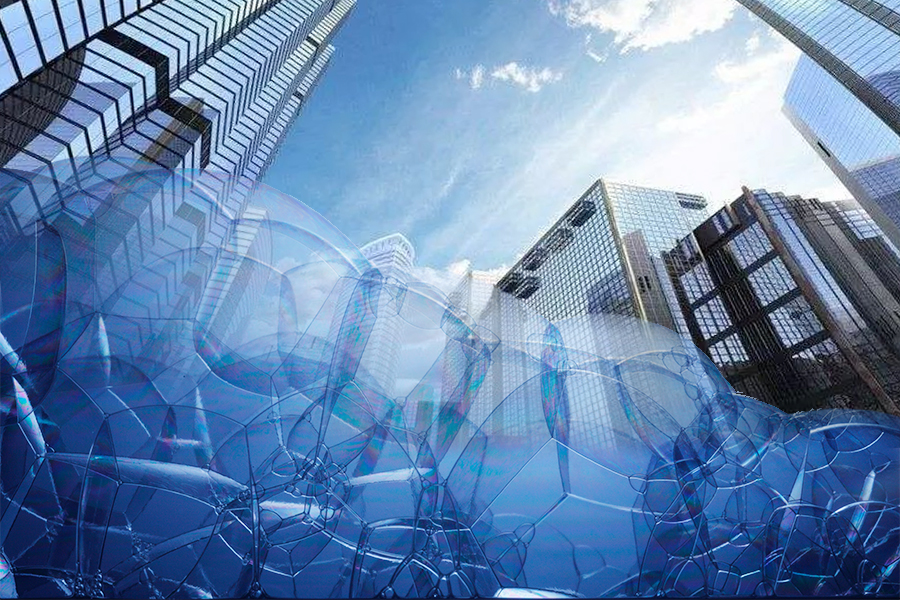 In the afternoon of Jan. 17, three Hong Kong-listed stocks suddenly plummeted by over 60 percent. Two of the three shares were those of Jiayuan International (down 80.62 percent) and Sunshine 100 China Holdings (down 64.59 percent). Other Chinese property developers like Evergrande (3 percent), Country Garden (3.5 percent), R&F Properties (3.5 percent), Vanke (3.7 percent), Longfor Properties (9 percent), and Glory Land (21 percent) all saw their listed shares in Hong Kong collapse.

On Jan. 18, Jiayuan’s shares surged 74.6 percent and the mainland property index rose by more than 1 percent. The closing price of Jiayuan’s shares was HK$4.40, down 70 percent from the previous day (HK$13.26).

Our take:
1. Jiayuan International is considered a “dark horse” among the Hong Kong-listed mainland property developers. The company was listed in Hong Kong in March 2016, and its share price rose 500 percent in two years.

We believe that the sudden collapse of Jiayuan shares is a sign that the mainland property bubble is in danger of bursting and the market is very concerned about the debt risk of Chinese property developers.

2. The People’s Bank of China’s relaxation of financing restrictions last year saw mainland property developers initiate new waves of intense fundraising in November 2018. Since the start of 2019, developers have been announcing new financing plans virtually every day; to date, there are over 30 financing plans with a total scale of more than 80 billion yuan. Many of the property companies are seeking financing to repay soon-to-expire debts, whose annual interest rates are steadily increasing.

On Jan. 4, R&F Properties announced that it plans to issue 9 billion yuan worth of bonds to repay some of the bonds that will be sold back in 2019. To date, R&F has issued 7.02 billion yuan of bonds at a 7 percent interest rate. According to incomplete data from mainland media, R&F issued at least 26 bonds in 2018 with a total financing amount of over 50 billion yuan.

4. Mainland property developers like Jiayuan Group will likely face severe financing problems in 2019 owing to their reliance on foreign funding in recent years.

Developers turned to overseas financing because domestic policy at the time was restricting the flow of funding to the property sector. Concurrently there were ample funds from abroad due to U.S. quantitative easing policies and very low Federal Reserve interest rates.

Many developers issued five-year bonds in 2013 and 2014. That means that 2018 and 2019 are the peak period for repayments. With the renminbi depreciating by nearly 10 percent in 2018, however, mainland property developers suddenly find themselves having to pay more to finance their overseas debt.

5. We believe that China’s property bubble is at risk of bursting in 2019 if the Sino-U.S. trade war intensifies.

In our China 2019 outlook, we predicted that “a few major property companies could file for bankruptcy” this year.