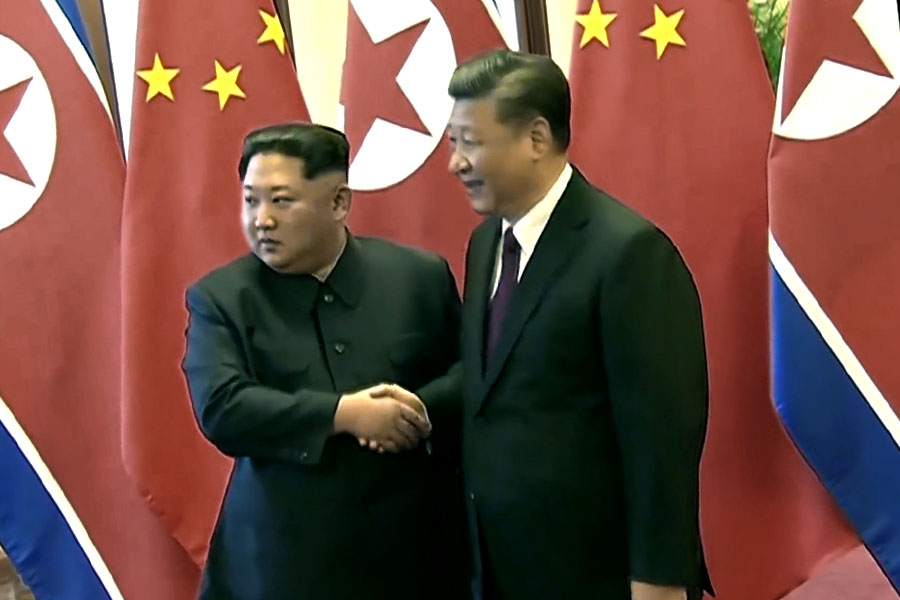 ◎ Xi could have summoned Kim to Beijing to signal cooperation with America on North Korean denuclearization and improve the odds of successful trade talks.

Per Chinese state media reports on Jan. 8, North Korean leader Kim Jong Un visited Beijing at the request of Xi Jinping. The reports say that Kim will be in China from Jan. 7 to Jan. 10.

This is Kim’s fourth trip to China since taking office.

The backdrop:
1. Kim Jong Un spent his 35th birthday in Beijing on Jan. 8.

4. In an interview with CNBC on Jan. 8, U.S. Secretary of State Mike Pompeo said: “China has actually been a good partner in our efforts to reduce the risk to the world from North Korea’s nuclear capability; I expect they will continue to do so.”

Our take:
1. We believe that Xi Jinping summoned Kim Jong Un to Beijing to signal cooperation with the U.S. on the denuclearization of North Korea, and hence bolster the odds of successful Sino-U.S. trade talks.

Both the PRC and the DPRK have a long history of being untrustworthy. However, both sides are currently experiencing great pressure from the U.S., and have sufficient incentive to try to be genuine to win America’s trust and see progress in their respective negotiations (PRC: Trade deal; DPRK: A second Trump-Kim summit).

2. We believe that the PRC and the DPRK could issue a communique with the following points (directly stated or implied):

For more of our analysis of North Korea, click here.