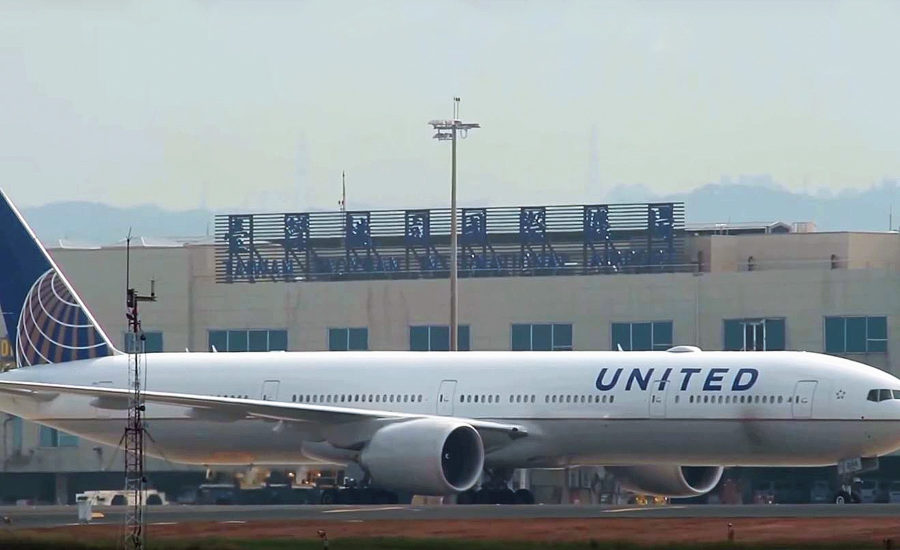 ◎ The outbreak of the Sino-U.S. trade war has exposed the CCP’s fear that America would escalate their conflicts on the ideological front.

In April, Beijing ordered 36 international airlines to refer to Taiwan as being part of China on their website and in promotional material or face punishment. The White House subsequently declared Beijing’s demand as “Orwellian nonsense” and noted that Beijing’s attempts to “export its censorship and political correctness to Americans and the rest of the free world will be resisted.”

Many foreign carriers started describing Taiwan as “Taiwan, China” or “Taiwan, CN” in compliance with Beijing’s demand. Most United States carriers held out until June 25, the deadline Beijing gave for the change to be made, before taking varied action.

Hawaiian Airlines briefly listed flights to Taiwan’s capital as “Taipei, Taipei” in its drop-down menu before seemingly removing all flights to Taiwan. American Airlines, Delta Airlines, and United Airlines removed “Taiwan” from the country reference of flights to cities in the self-governing island. In what seems like an attempt at reciprocity, Delta and United also removed “China” from the country reference for flights to Chinese cities. The U.S. carriers, however, had ultimately complied with Beijing’s demand to amend the way they referred to Taiwan.

According to a Reuters report on July 24, the U.S. State Department had informed China’s embassy in Washington on July 23 that U.S. airlines would list “certain destinations by city on both Chinese and English websites, and not refer to Taiwan as a jurisdiction.” A Reuters source in Beijing said that he “was informed unofficially by the U.S. government that airlines would only use certain city names in the future.” Reuters also cited a senior U.S. government official as saying that changing references to Taiwan “was ultimately the airlines’ choice to make.”

According to a Washington Post report on July 24, a spokesman for the U.S. Embassy in Beijing said: “We have told China that the United States strongly objects to China’s attempts to compel private firms to use specific words of a political nature in their publicly available content. We continue to seek to address this issue.”

The big picture:
The Trump administration has been leaning pro-Taiwan ever since Donald Trump spoke on the phone with Taiwan leader Tsai Ing-wen in December 2016 when he was U.S. President-elect.

Aside from supportive public statements by administration officials, other notable goodwill gestures from the U.S. to Taiwan under President Trump include:

Our take:
1) Given the Trump administration’s clear pro-Taiwan stance, it is very odd that the administration has seemingly “allowed” Beijing to compel U.S. airlines to adhere to the Chinese regime’s demands. If the information in the July 24 Reuters report is accurate, it appears that the U.S. State Department had foreknowledge that U.S. airlines were planning to stop describing Taiwan as a jurisdiction on their websites before the airlines eventually made the change. The State Department’s action to inform the Chinese embassy in Washington before the deadline suggests a premeditated move.

Again presuming that Reuters reporting is factual, then the State Department’s handling of the Taiwan reference issue is more in line with the policies of the previous administration than with those of the current administration. This is not the first time that a move that runs counter to the Trump administration’s Taiwan stance has happened. Senator Marco Rubio (R-Fla.) had asked outgoing State Department acting assistant secretary for East Asian and Pacific Affairs Susan Thornton during her confirmation hearing on Feb. 15 to explain why the flag of Taiwan was removed from the websites of the State Department’s Bureau of Consular Affairs and the U.S. Trade Representative in January. Thornton claimed that the flag removal was in line with U.S. policy, but her testimony was disputed by Representative Ted Yoho (R-Fla.) in an op-ed to The National Interest. Rep. Yoho noted that the removal of the Taiwan flag was in accordance with a 2015 version of the State Department’s internal, unpublished guidelines on relations with Taiwan, and was not longstanding U.S. policy. It is unclear why the removal of the Taiwan flag occurred in 2018 as opposed to 2015; in 2015, Thornton was the deputy assistant secretary of her former bureau.

2) The Taiwan reference change, regardless of whether it was the intention of the Trump administration or otherwise, runs counter to American national security interests and healthy U.S.-Taiwan relations.

The caving of U.S. airlines to Beijing sends a conflicting message to U.S. allies and partner nations about the resolve of the Trump administration in dealing with the Chinese regime, particularly since the administration had earlier condemned Beijing for its “Orwellian nonsense.” Confused allies may be less cooperative in partnering with the U.S. to pushback against the Chinese regime on the Taiwan issue, for example.

Should the Trump administration continue to show weakness or inconsistent messaging in challenging Beijing on the ideological front, the Taiwanese could end up feeling a sense of hopelessness and eventually pivot entirely to China.

The Chinese Communist Party (CCP) would undoubtedly seize on America’s “compromise” to make more demands of compliance from foreign companies on the issue of Taiwan’s jurisdiction.

3) The CCP is famous for using salami-slicing tactics in a relentless forward march to secure its benefits. In the case of Taiwan, the CCP frequently carries out military drills near the island to gauge international response to its intended takeover of Taiwan. The CCP also uses favorable trade deals to get smaller nations to break off formal diplomatic relations with Taiwan and isolate Taiwan internationally. Meanwhile, the CCP uses United Front tactics and propaganda warfare to “buy over” Taiwanese businesses, media, and even politicians. The less international pushback and pressure the CCP faces for its attempts to erase Taiwanese sovereignty, the more emboldened it would become to seize Taiwan in the future.

Delta and United Airlines engaged in creative reciprocity in amending references to “China” and “Taiwan” on their respective websites. But all U.S. carriers still gave the CCP what it wanted. While airline website descriptions seem like a small thing, small things do snowball and generate enough momentum for the CCP to believe that it can swallow up Taiwan without drawing harsh international condemnation.

4) If the U.S. airlines compromise on the Taiwan reference change was the outcome of internal resistance in the U.S. government, the Trump administration could consider adopting strategies to counter the CCP that would be appealing to civil servants of all political stripes.

Also, it is not too late for the U.S. to edge out the CCP on the airline issue. The outbreak of the Sino-U.S. trade war has exposed the CCP’s fear that America would escalate their conflicts on the ideological front (hence the CCP’s insistence on describing the trade war as a “trade dispute,” and the many commentaries that caution America against starting a “new cold war”). Beijing would be stuck in a very awkward position should the U.S. threaten reciprocal treatment against Chinese airlines on ideological grounds. The Trump administration could also threaten to sanction Chinese officials who are responsible for the airline policies.