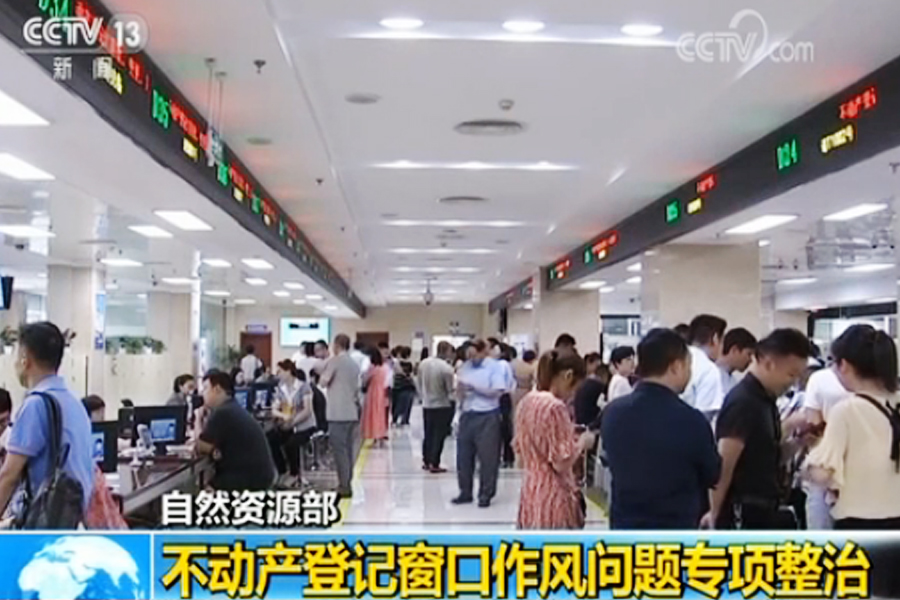 ◎ A national database could be used to facilitate the investigation of corrupt officials.

According to state media reports on June 15, China has started to collect information in a unified nationwide property database.

China’s Ministry of Natural Resources said that there are 3,001 property registration stations in 335 cities and 2,853 counties serving over 300,000 enterprises and individuals on average per day.

The backdrop:
In 2007, a unified national property registration system was proposed at the time of the promulgation of a new Property Law.

In 2013, Xi Jinping proposed the creation of an individual housing information system by the end of the twelfth five-year plan. The following year, the Ministry of Land and Resources formulated a four-year plan to facilitate the registration of property.

Our take:
1. It took 11 years (2007 to 2018) for China to create a unified national property database. And even though Xi Jinping proposed the creation of the database shortly after coming to office, it was only launched in his second term.

The massive delay in the database is likely less to do with technology and more to do with politics. A unified national property database would include the real estate of all Chinese officials, and many of the officials who have been arrested for corruption have been found to be individually in possession of hundreds of property.

We believe that the actualization of the database is closely linked with Xi’s high degree of power centralization. One of the uses of the database could be to facilitate the investigation of corrupt officials.

2. The new national property database gives the Chinese authorities a base to establish to roll out a property tax and ensure a steady stream of revenue for local governments.

We believe that the introduction of a property tax may not be realized until at least 2020 because the National People’s Congress still has to carry out a legislative process. A property tax could have the effect of suppressing real estate speculation and curb China’s high property vacancy rate.