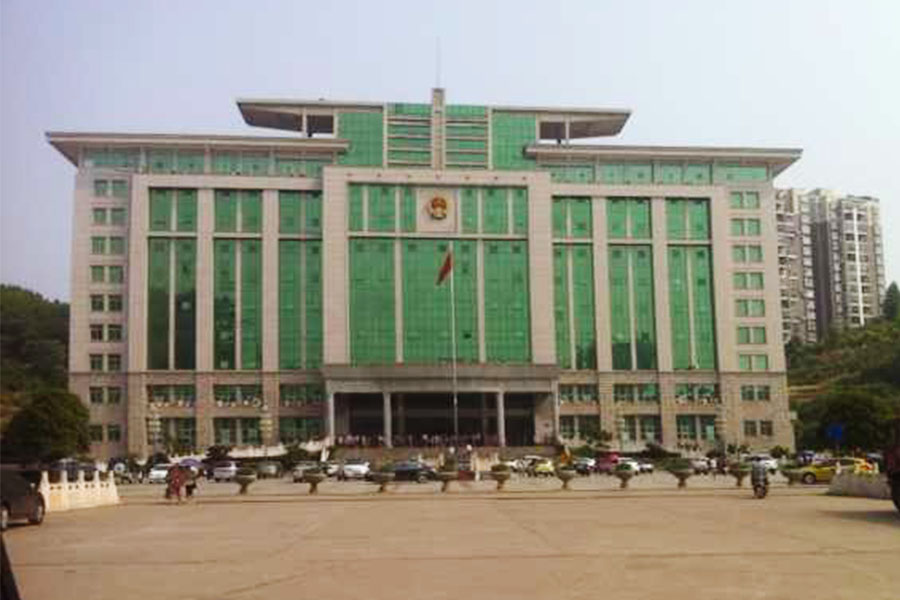 ◎ The CCP would find it increasingly difficult to exert control over Chinese society if it cannot pay civil servants.

The government of Leiyang, a city in Hunan Province, was unable to pay wages to its civil servants in May, according to mainland media reports on June 8.

The backdrop:
1. Civil servants in Leiyang were supposed to receive their wages on May 15. However, their pay was only released on June 8.

On June 1, a government staff complained on Chinese social media: “It’s the first day of June, but my wages for May has not been paid after a month of hard work. Rumor has it that we won’t receive our wages in June; when would we get paid, and how are we to sustain our livelihood?”

According to an official document explaining the delay in payment of salaries, the Leiyang government was faced with a worsening fiscal deficit every year due to the city’s shrinking coal industry (administrative fees shrunk by 1 billion yuan [about $156 million] between 2012 to 2017). Leiyang’s financial revenue dropped by 18.36 percent in 2016, and fell 15.35 percent in the first five months of 2018. Meanwhile, wages and expenditure on key welfare projects have been increasing year after year.

2. In a separate incident on June 11, reporters and editors of state media Qiqihar Television carried banners outside the station’s headquarters to protest for their wages, according to photos circulated on Chinese social media. 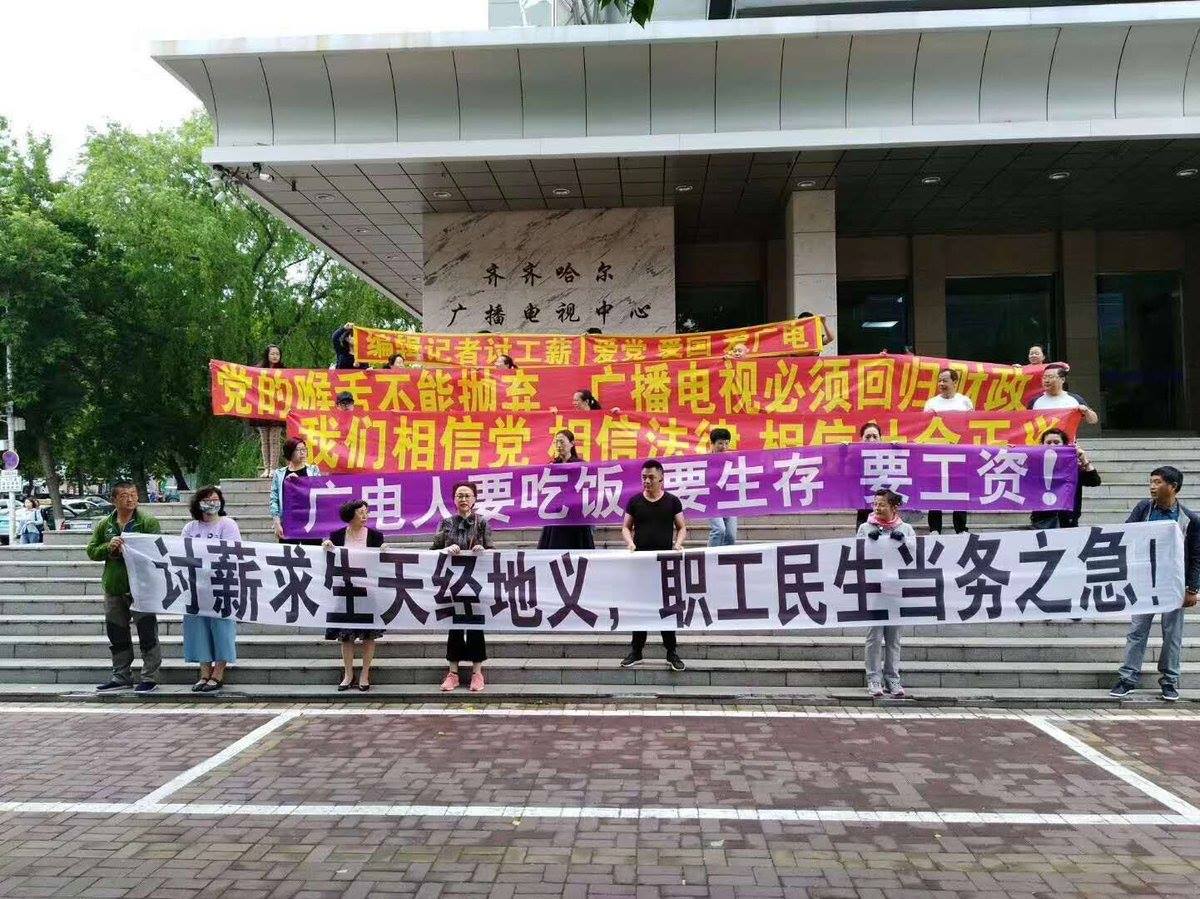 3. In recent months, school teachers in several Chinese cities took to the streets to demand their wages. Military veterans are also continually publicly seeking justice for various rights issues. And since June 8, truck drivers in regions across China have been on strike. Some of the truckers have even been filmed yelling “down with the Chinese Communist Party.”

Our take:
1. China is facing a debt crisis as its economy worsens and Beijing’s deleveraging policies are taking effect. As a result, local governments are seeing a serious financial shortage and are finding it hard even to pay wages to civil servants. China’s financial woes foreshadow the Chinese regime’s coming political crisis.

3. Incomes are falling in Leiyang, but local debt is on the rise.

According to a June 2017 report by Peng Yuan Credit Rating, interest-bearing debts payable each year by the Leiyang government between 2017 and 2019 are 166 million yuan, 760 million yuan, and 538 million yuan respectively. The pressure to pay off debts in 2018 and 2019 is comparatively large.

On April 10, or a little over a month before the Leiyang government had to pay wages to civil servants, the city had to make a first phase, 20 percent repayment on 140 million yuan of debt, as well as pay last year’s interest of 54.6 million yuan. 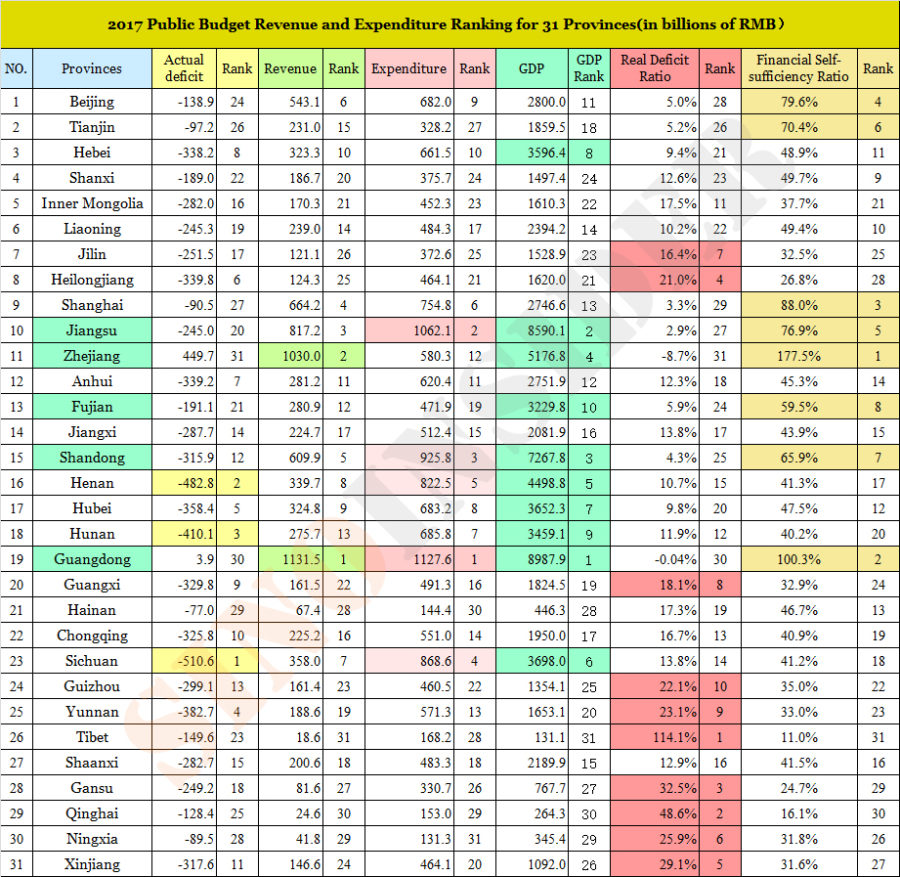 4. In an article on May 4, we analyzed that of China’s 31 provinces, only Zhejiang made a fiscal surplus between 2014 to 2017. In 2017, only eight provinces had a financial self-sufficiency rate of over 50 percent, and the central government transferred a total of 6.5 trillion yuan to local governments. Actual total deficit in 2017 exceeded 3 trillion yuan.

Official statistics show that foreign reserves account for only 60.9 percent of the central bank’s total assets in April 2018, a drop from the 82. 5 percent in June 2014. In other words, the central bank cannot print money without causing a severe inflation.