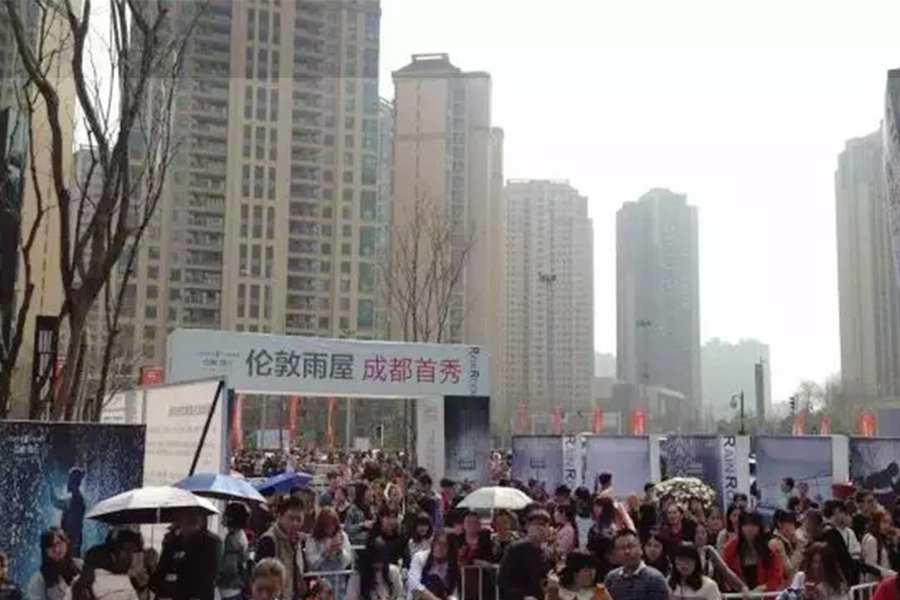 ◎ We believe that many mainland Chinese are expecting Beijing to drive real estate sales to cope with a Sino-U.S. trade war.

Mainland Chinese media reported that real estate speculators had been recently driving up property prices in China’s third-tier cities by two or three times. These speculators were also found to have collaborated with local governments to bring up land prices.

One case involved a group of speculators raising 200 million yuan (about $31.5 million) before speculating on property in Zhangzhou, Fujian Province in June 2016. The group made 200 million yuan in profits as of early April 2017.

China’s Ministry of Housing and Urban-Rural Development appears to be taking action. Over the previous half a month, the ministry summoned the land officials in 12 cities (Chengdu, Taiyuan, Xi’an, Haikou, Sanya, Changchun, Harbin, Kunming, Dalian, Guiyang, Xuzhou) for regulatory talks.

Our take:
1. We believe that many mainland Chinese are expecting Beijing to drive real estate sales to cope with a Sino-U.S. trade war. Housing prices have thus continued to soar across the country, with the biggest increases in Chengdu (63.49 percent), Xi’an (62.69 percent), Nanning (49.77 percent), Hangzhou (45.06 percent) and Qingdao (44.33 percent).

2. The Chinese Communist Party elites have sought to stabilize property prices, gradually deleverage, and allow capital to return to the real economy. However, current real estate control policies have instead made second-hand housing more expensive than new housing, resulting in increased speculation as buyers are guaranteed profits from the purchase of homes.

3. The CCP should introduce new and stringent real estate control policies to curb the property bubble. On the one hand, the CCP is hoping that real estate inventory is cleared and debt is transferred to the people. On the other hand, it fears that speculation would intermittently expand the real estate bubble and increasingly worsen the debt crisis.