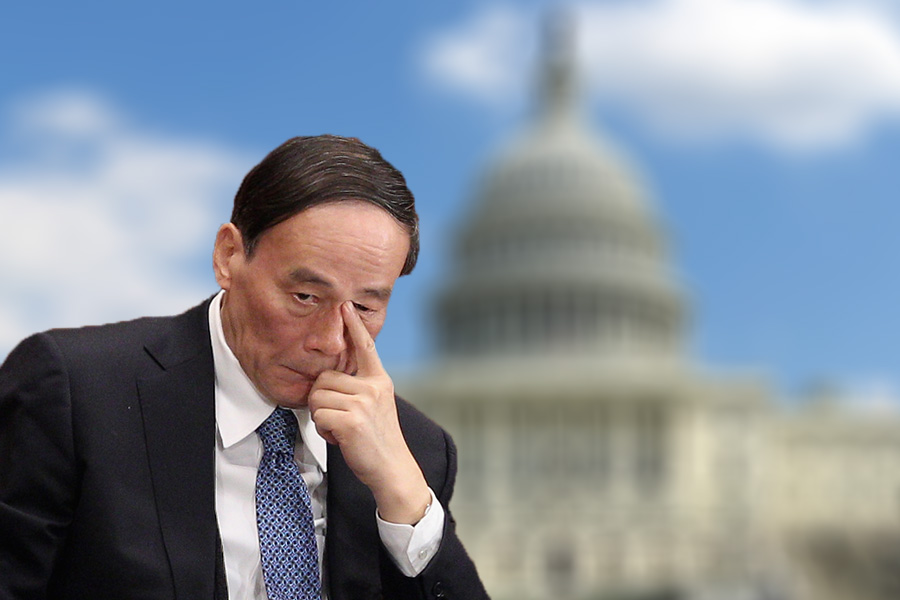 ◎ Wang Qishan is the third-ranking member of the CCP Foreign Affairs Commission.

The Chinese Communist Party’s Foreign Affairs Commission held its first meeting on May 15. State media reported that Xi Jinping heads the new commission while Chinese premier Li Keqiang is deputy head. Chinese vice president Wang Qishan is the third-ranking member of the Foreign Affairs Commission. Politburo Standing Committee members Wang Huning and Han Zheng were present at the meeting, but official reports did not say if they were members of the commission.

On the same day, Wang Qishan hosted the 10th round of dialogue between United States and Chinese business leaders and former officials in Beijing.

The Big Picture:
May 13: U.S. President Donald Trump tweeted that he was working together with Xi Jinping to help Chinese telecommunications maker ZTE find a “way to get back into business, fast.” An April U.S. ban on sales of products and services to ZTE has crippled its operations.

May 14: Chinese foreign ministry spokesperson Lu Kang announced that Chinese vice premier and Xi’s special envoy Liu He would be leading a Chinese delegation to Washington for trade talks from May 15 to May 19. Meanwhile, according to a report in The Wall Street Journal, Beijing would not impose tariffs on U.S. agricultural goods in exchange for a reprieve being granted to ZTE.

May 15: Larry Kudlow, the White House economic advisor, said in a media interview that the U.S. is not looking for a trade war with China and that it is not yet clear what actions would be taken against ZTE. Meanwhile, U.S. Ambassador to China Terry Branstad said at a Tokyo conference that America wants a timeline from China on how it would open up its markets to U.S. exports. He also said that the U.S. could cancel Section 301 tariffs should China open up its automobile and agricultural markets.

Our take:
1. Wang Qishan being named as a Foreign Affairs Commission member and his hosting a dialogue between U.S. and China business leaders and ex-officials affirms our Jan. 26 analysis. We wrote that Wang would be tasked with handling Sino-U.S. relations after becoming vice president. 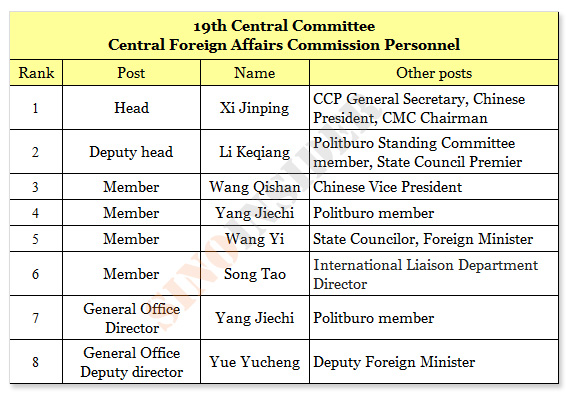 2. When Jiang Zemin and Hu Jintao were in office, the Central Foreign Affairs Leading Group and the Central National Security Work Leading Group shared an office in a “one signboard, two organizations” set up. After Xi Jinping took office and set up the National Security Commission in 2014, the foreign affairs and national security work leading groups became distinct organizations. 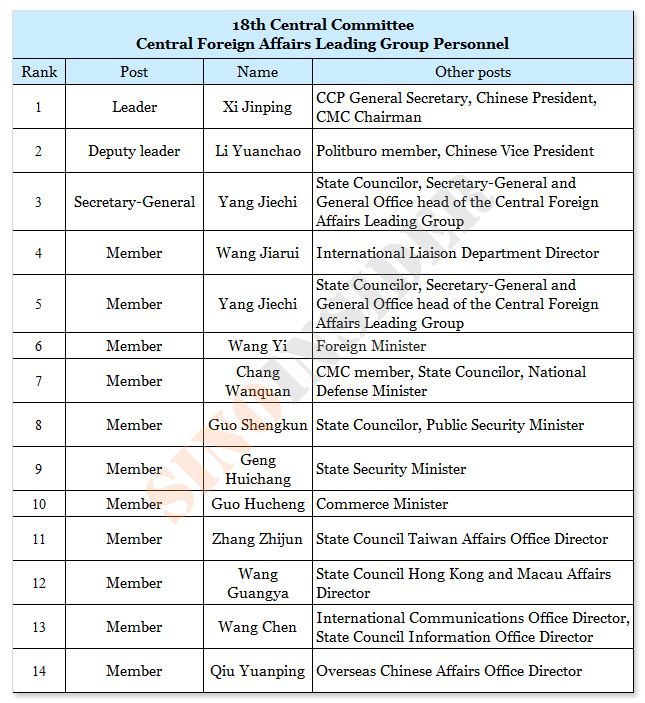 3. Former vice president Li Yuanchao was deputy head of the foreign affairs leading group in the 18th Central Committee. But premier Li Keqiang, and not current vice president Wang Qishan, is the second-in-charge of the new Foreign Affairs Commission. This personnel arrangement is very likely due to Wang not being a member of the 19th Central Committee. After all, the Foreign Affairs Commission is a Party institution, and Wang Qishan does not have any Party appointments prior to his becoming a member of the new commission.

4. We wrote in February that Wang Qishan may be handled a national security job because Sino-U.S. trade tensions threaten China’s economy and economic matters directly affect the Party’s political legitimacy. Now that he has a Party post, Wang could soon be appointed to the National Security Commission.

5. Official reporting on the first meeting of the 19th Central Committee National Security Commission on April 17 noted that Xi Jinping was the commission’s head and that Politburo Standing Committee members Li Keqiang and Li Zhanshu were in attendance. However, reports did not mention if either Li was a member of the National Security Commission, and no other members of the commission were identified. This curious development makes sense if Xi was reserving the position of deputy head for Wang Qishan but faced stiff internal resistance to Wang’s appointment at the time.

6. Wang Qishan was always going to be relatively powerless in the Chinese regime as vice president, a state office. To be of useful assistance to Xi, Wang needs a Party post with real authority such as deputy head of the National Security Commission.

With Wang being a member of the Foreign Affairs Commission and Sino-U.S. trade tensions becoming increasingly problematic for the Chinese regime, Xi now has increased leverage to argue for his top ally’s inclusion into the National Security Commission. Xi would likely use the pretext of rocky trade relations with the U.S. to justify having the experienced Wang play a leading role in securing “national security,” or the regime’s survivability.

Xi, however, would create a fresh problem for himself by installing Wang, a non-Central Committee member, into a powerful Party post. That is because Xi has been promoting the idea of the “Party leads everything” (chiefly as a means to break the collective leadership structure), but the exceptions being made for Wang run counter to the political orthodoxy that Xi is espousing.