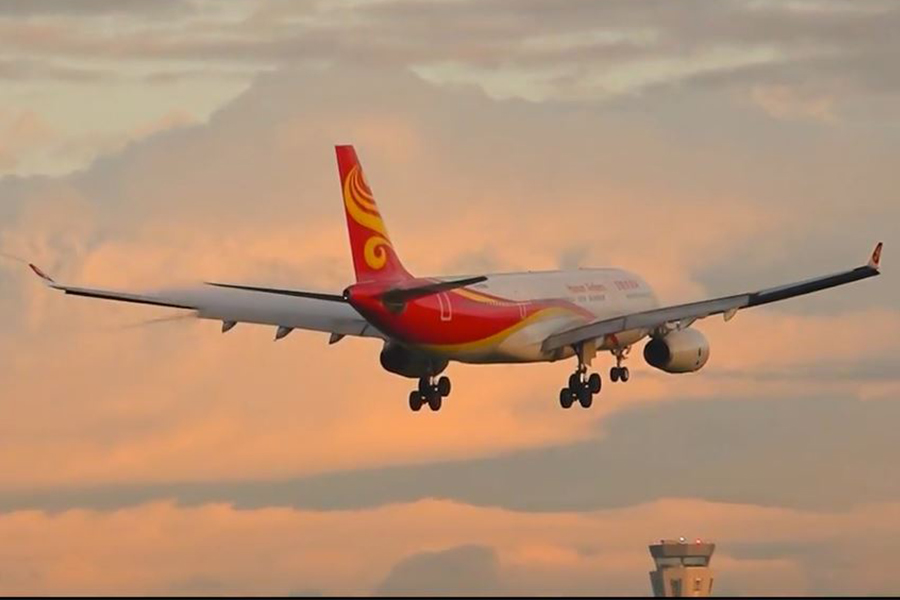 ◎ We believe that the Xi Jinping administration won’t let HNA go bankrupt because it is “too big to fail.”

According to recent news reports, HNA Group has an estimated 3 billion yuan ($476 million) bill with state-run fuel company China National Aviation Fuel Group Ltd, and is planning to cut 100,000 jobs, or 25 percent of its global workforce.

HNA, however, is still getting bank loans.

Feb. 16: HNA’s Austrian asset management firm C-Quadrat announced that it is reducing its stake in Deutsche Bank from 9.9 percent to 8.8 percent. The sold shares were worth 300 million euros ($375 million).

Feb. 20: HKICIM pledged 41 percent of the company as collateral for a loan from PAG Holdings Ltd, the holding company of investment management firm PAG.

Feb. 24: According to reporting in overseas Chinese press, news and analytics provider Risk Event-Driven and Distressed Intelligence (REDD) cited a source as saying that the China Banking Regulatory Commission had offered “window guidance” (non-binding instructions) to China Development Bank, China Import and Export Bank, Bank of China, China Construction Bank, and China CITIC Bank to continue extending working capital to HNA, but not to accelerate loans to the firm.

Our take:
News that China’s banking regulator is allowing banks to extend loans to HNA while the company continues to sell assets and downsize confirms our earlier analysis of HNA’s future direction.

We believe that the Xi Jinping administration won’t let HNA go bankrupt because it is “too big to fail,” but the administration will want to drastically reduce its scale and sell off assets to repay the debts it owes to state banks. If HNA refuses to go along with the authorities, then the Xi administration will target the powerful interest groups backing the company.