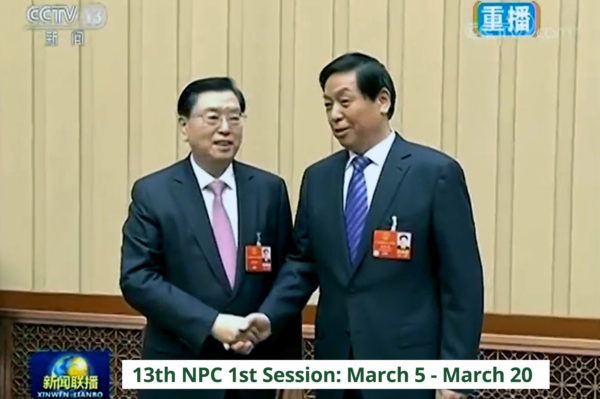 ◎ Nine of the 13 NPC leaders we forecasted on Feb. 18 were confirmed on March 4. 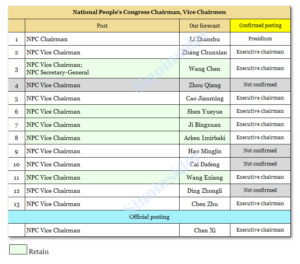 Our take:
1. Nine of the 13 NPC leaders we forecasted on Feb. 18 were confirmed on March 4. Among the notable officials picked for NPC executive chairman include former Xinjiang Party secretary Zhang Chunxian, former Supreme People’s Procuratorate head Cao Jianming, and Organization Department head Chen Xi (Chen is not in our NPC forecast list).

2. Based on the confirmed name list, we believe that Supreme People’s Court chief justice Zhou Qiang won’t make the NPC or CPPCC leadership ranks. The possibility of Zhou staying on as chief justice is also low, and his career is at risk.

Zhou will have gotten a “soft landing” career-wise if he is picked as deputy director of the NPC Law Committee. Otherwise, he is in danger of being investigated by the authorities.