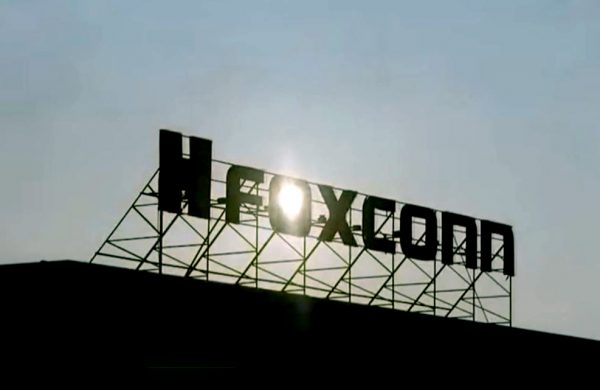 Decoding the Political and Economic Issues Behind Foxconn’s Shanghai IPO

◎ We received reliable information that Foxconn decided to build its new LCD factory in the U.S. last year after receiving an invitation from the American authorities.

Some points to note:

Before its Shanghai IPO was announced, FII received a large-scale capital injection from its parent company and became a business group through the acquisition of 13 domestic subsidiaries. FII’s authorized capital rose from 137 million yuan (about $21.6 million) to 17.725 billion yuan, or a 136 times increase. Presently, FII directly or indirectly controls Foxconn’s 31 domestic subsidiaries and 29 overseas subsidiaries.

3. According to Article 9 of China’s IPO regulations (“Measures for the Administration of Initial Public Offering and Listing of Stocks”), a joint stock company has to continually be in business for at least three years in the country before it is allowed to get listed. China’s State Council, however, can issue an exemption for companies that don’t fulfill this criterion.

FII’s IPO prospectus notes that the company had sought an exemption from the Chinese authorities.

An analysis of Foxconn’s decision to go public in China at this time reveals the difficulties and dangers facing China’s manufacturing sector and economy in the new phase of Sino-U.S. relations.

1. On July 26, 2017, Hon Hai CEO Terry Gou and U.S. President Donald Trump announced Foxconn’s plan to invest US$10 billion in America over the next four years to build a new liquid crystal display (LCD) plant in Wisconsin. The plant is expected to create 3,000 new jobs opportunities and employ 13,000 workers.

Gou has dubbed his U.S. investment plan as “Project Eagle,” and said that he would bring to America highly advanced, intelligent manufacturing systems, as well as fully automated industrial chains.

2. In December 2016, China’s “Glass King” Cao Dewang announced that his Fuyao Glass Industry Group would be investing $600 million in the U.S. to build a factory in Ohio, citing more favorable business conditions in America. Cao’s decision came after Trump’s victory in the 2016 presidential elections.

In an interview with state mouthpiece Xinhua, Cao compared operating costs and utility prices in the U.S. and China, and concluded that China’s only advantage was lower labor costs. Cao added that other factors, including high taxes, made the U.S. a more attractive location to set up business. His decision to invest in America sparked a big public outcry, but provided insight into the problems of China’s manufacturing industry.

1. We received reliable information that Foxconn decided to build its new LCD factory in the U.S. last year after receiving an invitation from the American authorities. Foxconn’s move will also bring upstream and downstream industrial chains to the U.S.

The Trump administration’s tax cuts have brought manufacturing jobs back to America, and has a significant impact on China’s manufacturing sector.

2. Foxconn employs more than a million workers in mainland China. If the Chinese authorities cannot retain Foxconn, it may have millions, or even tens of millions, of unemployed people on its hands as industrial chains and capital leave China. This represents a great threat to the Chinese Communist Party (CCP) regime.

3. Foxconn opened its first plant in Shenzhen in 1988, but didn’t seek to get listed on the mainland despite witnessing the Shanghai Stock Exchange enjoy five bull markets. So why is the company only filing for an IPO now?

4. The CCP isn’t optimistic about China’s economic outlook, and is especially concerned that a worsening economy could lead to widespread unemployment and endanger the regime. Already, the CCP is worried enough to drive “low-end population” migrant workers out of first-tier cities to lower the incidence of mass social unrest in the event of a financial crisis. Thus, keeping Foxconn in China is paramount for the CCP to prevent upstream and downstream industries from leaving the country and taking millions of jobs away.

5. We believe that the State Council will grant Foxconn an exemption to get listed and the company’s IPO will lead to a round of speculation. Chinese investors will end up footing the bill for the CCP to retain Foxconn and Terry Gou in China.