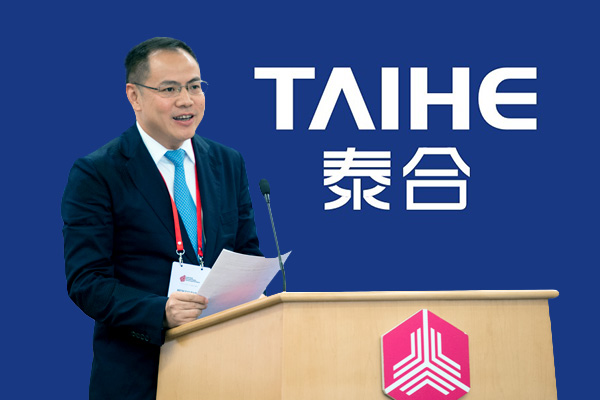 ◎ We wrote after the 19th Congress that the Xi administration would focus its attention on rooting out corruption in the financial sector to safeguard against financial risks.

In the evening of Jan. 2, the listed company of Chengdu Taihe Health Technology Group Inc. Ltd. announced that they had “lost contact” with Taihe chairman Wang Ruiguo.

Wang was last seen in public on Dec. 29 when he attended the annual China Charity Festival. Three days before his appearance at the charity event, online forums carried information about Shandong police investigating Wang for his suspected involvement in Hengfeng Bank chairman Cai Guohua’s corruption case.

Taihe Group background: Founded in 1995, Taihe manufactures and distributes Chinese and Western medicine, fabricates and installs steel structures, and manufactures and sells bioengineering products. The company has over 30 subsidiaries.

1. We wrote after the 19th Congress that the Xi administration would focus its attention on rooting out corruption in the financial sector to safeguard against financial risks. This is the outlook for China’s financial sector in 2018.

2. China’s financial economy (or “fictitious economy” in Chinese) is a massive bubble that has accumulated tremendous risks. Meanwhile, the Xi administration has been trying to boost the real economy; in a 2015 economic work meeting, Xi mentioned several times the need to “vigorously lower costs for real economy enterprises” as well as reduce transaction costs.

3. China’s economic woes, which stem from the Chinese Communist Party’s governance system, cannot be easily resolved through Xi issuing executive orders. In other words, China’s real economy struggles can be traced to systemic issues. For instance, renowned economist and chairman of China Chengxin Credit Management Co. Ltd. Mao Zhenhua released a public video on Dec. 31, 2017 where he criticized local officials for their long-time practice of bullying businesses that make up the real economy.

4. Given the systemic problems in China, the Xi administration’s efforts to mitigate financial risks has to include an anti-corruption drive.