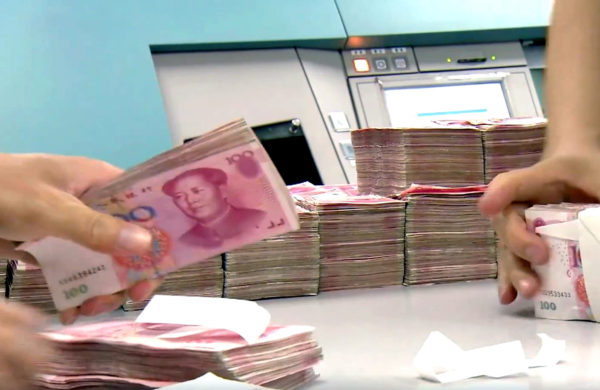 On Jan. 27, the China Banking Regulatory Commission (CBRC) said that it had fined 12 Chinese banks 295 million yuan (about $46.7 million) for fraud.

Chinese regulators investigating a Postal Savings Bank of China Co (PSBC) branch in Gansu’s Wuwei City in December found that the branch had engaged in illegal trading of 7.9 billion yuan of bank bills, and the branch president had misappropriated 3 billion yuan of wealth management products. The Wuwei PSBC branch fraud exposed the other banks that were punished.

In 2017, the CBRC issued 3,452 violation tickets to various financial institutions and individuals. In total, 1,877 organizations and 1,547 individuals had to pay close to 3 billion yuan in fines, the highest amount of fines collected by the CBRC since it was founded. In comparison, nearly three times as many institutions were punished and were punished in 2017 as compared to 2016, and the total fines collected in 2017 was 10 times higher than the previous year.

1. China’s financial and debt risks seriously threaten the political stability of the Chinese Communist Party. The CBRC’s unprecedented crackdown serves to warn financial institutions that China’s financial crisis is severe and that they need to deleverage.

2. As per our China 2018 outlook, the Xi Jinping leadership will focus on tackling corruption in the financial sector and tightening supervision this year.