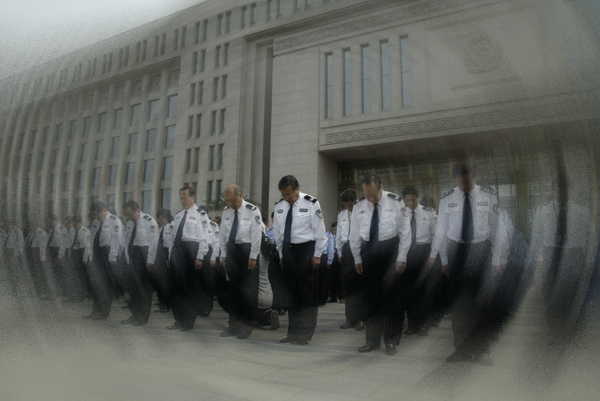 ◎ The new leading group for advancing law-based governance will eventually render the PLAC redundant as the rule of law and constitutionalism starts taking priority over Party rule.

The Public Security Bureau (PSB) will very likely lose its authority to command the People’s Armed Police (PAP), the Chinese Communist Party’s (CCP) paramilitary force, according to the latest intelligence. The PAP is currently undergoing reform.

Why it matters: The Political and Legal Affairs Commission (PLAC), the Party organ which oversees domestic security and legal matters, will see its authority weakened because it can no longer access the PAP via the PSB.

The current PLAC pales in comparison to the powerful entity which enjoyed a budget bigger than that of the military at one point during Jiang Zemin’s era of dominance (1997-2012). Then, the domestic security apparatus was so dominant that it was practically above the law. Former PLAC chief Zhou Yongkang was even able to mobilize the PAP four days after the arrest of ex-Chongqing chief Bo Xilai in March 2012 in.

The backdrop: After the 19th Party Congress, the leadership of CCP’s domestic security and legal apparatus underwent a reshuffle. Former PSB chief Guo Shengkun was elevated to PLAC secretary, while former Hebei Party secretary Zhao Kezhi succeeded Guo as head of the PSB. SinoInsider believes that Shanghai mayor Ying Yong could be appointed Chief Judge of the People’s Supreme Court in March.

Meanwhile, reforms to the PAP have drastically downsized its force and reorganized its command structure. One of the more significant changes sees the PAP coming under the sole jurisdiction of the Central Military Commission (CMC) instead of a dual command of the CMC and the State Council.