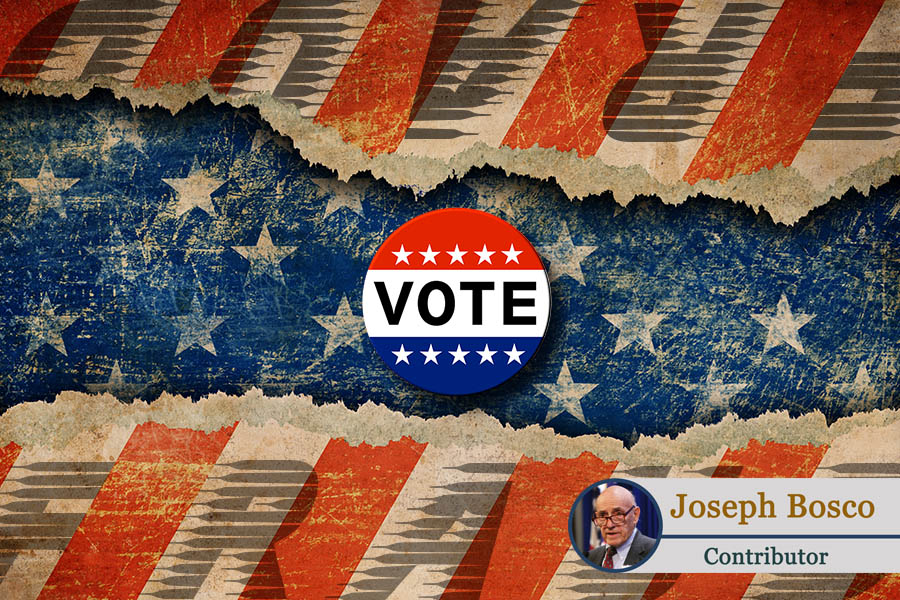 The Election Aftermath and America’s Adversaries

◎ On dealing with China and Russia—America’s two greatest existential challengers—the Trump administration has built a more solid foundation than what it inherited.

For decades, it has been conventional political lore that on election night in 1960, Democrat John F. Kennedy was about to lose the critical state of Illinois to Republican Richard M. Nixon.  Chicago Mayor Richard Daley asked the Kennedy campaign how many votes he needed to win the state. Within hours, Cook County, which included Daley’s urban domain, delivered the requisite number of ballots to overcome the deficit.

That narrative recently has been challenged by some election fraud experts, who say it didn’t happen, or even if it did, the 27 electoral votes of Illinois did not decide the overall outcome anyway. At the time, however, it was a credible enough narrative to provide a plausible basis for Nixon to challenge the Illinois result and potentially others. That would place the entire election under a cloud until the courts could determine the winner. But Nixon refused to put the country through such an ordeal. Given his subsequent disgrace, he never got full credit for that display of selflessness, though the voters rewarded him with victory on his second try for the presidency in 1968.

President Trump has taken a different approach regarding allegations of electoral misconduct, as is his right, and arguably his obligation, to remove any doubts about the election’s legitimacy. The courts will decide the merits of the complaints.

Senate Majority Leader Mitch McConnell (R-Ky.) struck the right note when he said, “Every legal vote should be counted. Any illegally-submitted ballots must not. All sides must get to observe the process. And the courts are here to apply the laws and resolve disputes.” And Sen. Marco Rubio (R-Fla.) cut through the hyperbolic rhetoric on both sides: “Taking days to count legally cast votes is NOT fraud. And court challenges to votes cast after the legal voting deadline is NOT suppression.” Resolving the legal challenges will go a long way toward dispelling some of the apocalyptic visions on both sides of the nation’s political divide.

In the highly-charged political environment of a hotly-contested and historic election, trust in the workings of democratic institutions can be eroded to the point that partisans on either side take their frustrations out on the system itself. With emotions running high among both pro-Trump and anti-Trump zealots, it would not take much of a spark to ignite acts of violence. That would be an American tragedy in itself.

But it also would be an absolute boon, and a temptation for adventurism, for our adversaries who are already mocking U.S. democracy as a shambolic model for effective governance. Global Times, an organ of the Chinese Communist Party, said Chinese netizens are watching the election for “laughs” and “comicalness.” It said China has democratic lessons to learn from America all right, but not the kind Washington presumes to teach:

“This is a significant and unprecedented chance for Chinese people and scholars to research on and observe the problems of modern U.S. democracy. … The ongoing neck-and-neck U.S. presidential election — instead of giving birth to division, violence and aguish [sic] as it has to many in the U.S. — in China has mainly served as entertainment; a sneak-peek into the U.S. and its chaotic society.”

Commentators on China Central Television (CCTV), the country’s national broadcaster, called the United States the “loser” of the election, while a state-owned outlet in Hong Kong wrote that “so-called US-style democracy has descended into a joke.”

China’s communist government can take immense satisfaction in America’s current domestic travails since it played such a large part in contributing to them when it released the coronavirus pandemic to the United States and the world in January. The virus put an immediate stop to the progress the Trump administration had made in trade negotiations at the end of 2019, requiring China to undertake economic reforms that prior U.S. administrations had sought vainly for decades to achieve.

Even more portentous, the next phase of the Trump-initiated trade talks for this year would have expanded the changes in China’s economic governance with significant political reform implications. The arrival of the pandemic changed everything. It also stalled the flourishing U.S. economy that seemed at the beginning of 2020 to be a virtual guarantee of Trump’s reelection. Whether deliberate or not, preventing four more years of Trump administration China policies in this manner proved vastly more effective for Beijing than its disinformation campaign to elect Biden.

China’s pro-Biden sympathies became more explicit immediately after the election. Hu Xijin, the editor-in-chief of Global Times, touted a forum post from a “smart netizen” who said that a Biden victory will ensure China-U.S. relations would be “normalized, because Beijing is For-Biden City.”

Across the Taiwan Strait, the public mood over the prospect of a Biden presidency is decidedly more pessimistic. A recent poll of Taiwanese citizens by Global Views Monthly found that 53 percent of respondents believed Trump’s re-election would benefit their country while only 16.4 percent thought that of a Biden win.

Both China’s optimistic expectations and the deep concerns of Taiwan’s citizens were based on the decades-long record of Biden himself and of prior Democratic administrations, as well as the mindset of some of the veterans likely to hold important positions in a new administration.

Ultimately, the American people decided the election based on their perception of what is good for themselves and for America, not for China, Taiwan, Europe, or any other country or region.  Policies, personnel, character, ideology and partisanship were all in the mix and the country again divided roughly down the middle. As in 2016, we will need to make the best of what the process has produced. On dealing with China and Russia — America’s two greatest existential challengers — the Trump administration has built a more solid foundation than what it inherited.

As for imperfections in America’s electoral institutions, it has the capacity and the will to correct and improve them before the next election — something our authoritarian adversaries have yet to learn about, and from, the United States.