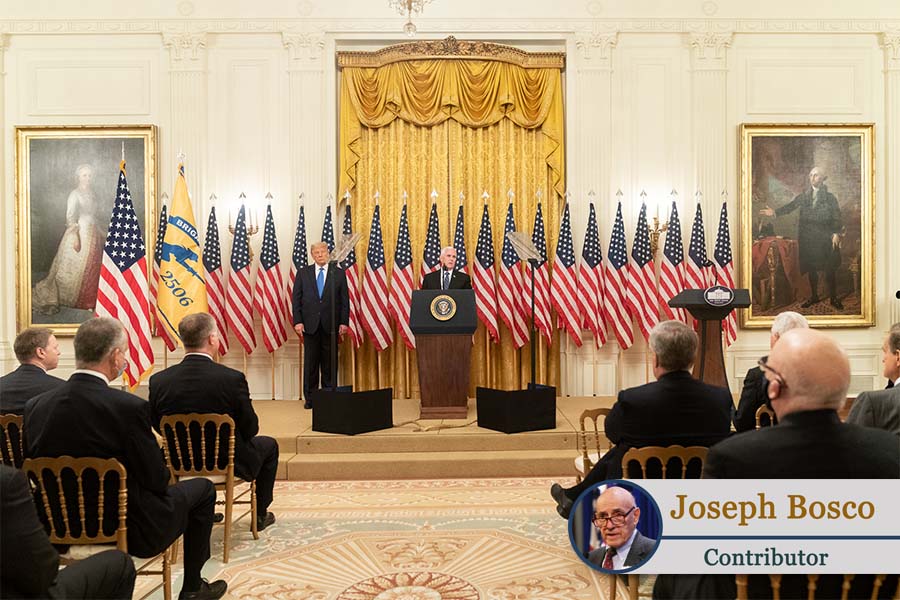 ◎ The existential threat to the United States from the People’s Republic of China will be the most serious foreign policy challenge confronting Donald Trump, Joe Biden, Mike Pence, and Kamala Harris.

Whichever of these individuals, or pairs of individuals, ends up exercising the powers of the presidency, he and/or she would be well advised to commit his/her administration to the core China policies of the Trump administration and to retain in their positions as many of President Trump’s Asia hands as is politically tolerable.