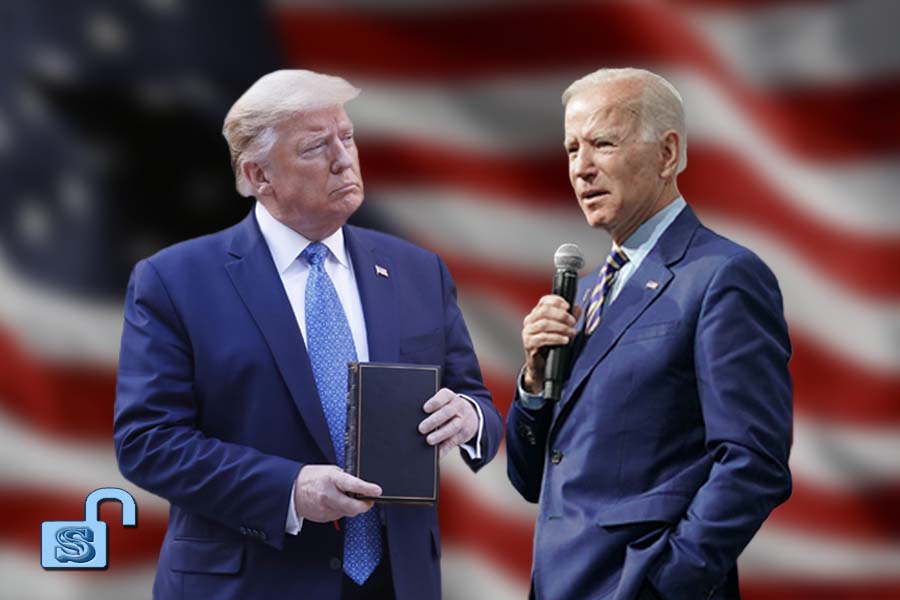 ◎ The stark contrast between the Biden and Trump programs offers some insight as to why CCP leaders would favor a Biden presidency come next January.

With the 2020 U.S. presidential election just weeks away, both incumbent President Donald Trump and his contender, former Vice President Joe Biden, are furnishing their policy credentials on China—by all measures America’s most pressing foreign relations challenge.

The last several years have seen the United States and the People’s Republic of China (PRC) drift into an ideological confrontation not seen since the Cold War of the 20th century. But which candidate comes out on top in the election on Nov. 3 could nevertheless play a pivotal role in the “new cold war” as well as the trajectory of the U.S.-China relationship.

While Trump’s second-term agenda pledges to stay the course developed over the last four years and intensify his administration’s “principled realism” stance on China and its ruling Chinese Communist Party (CCP), Biden’s own “tough-on-China” vision differs significantly, hinting at heavy inspiration from the pre-Trump era of “engagement” with the PRC.

China and a second Trump term
In late August, during the Republican National Convention, Trump released his second-term agenda, which effectively calls for further decoupling from China. The agenda promises to “bring back 1 million manufacturing jobs from China,” using incentives such as tax credits and deductions, particularly for “essential industries like pharmaceuticals and robotics.”

Since the publication of the 2017 National Security Strategy, which named China as the United States’ primary strategic competitor, the Trump administration has stepped up confrontation with Beijing on a number of fronts, starting with trade, then expanding to fields such as technology, human rights, and ideology. Last October, U.S. Secretary of State Mike Pompeo targeted the CCP for its myriad abuses, calling the regime “truly hostile to the United States and our values.” This June and July, Pompeo and three other top White House officials gave speeches further condemning the CCP, whilst separating it from the concept of the Chinese nation.

Should Trump win reelection, the next four years will continue to build upon the path staked out in his first term, including growing efforts to push back against the CCP’s influence operations and its “authoritarian model” of international relations.

Shifting supply chains out of China and other events brought on by an extended Trump presidency will crunch the PRC’s economy, with dire consequences for the CCP given China’s worsening economic slowdown and societal unrest. In a worrying sign, premier Li Keqiang did not project GDP figures at this year’s “Two Sessions” government work conferences. The Communist Party’s political legitimacy is tied to economic prosperity, and could face regime collapse should it prove unable to restore the Sino-U.S. relationship.

Trump in his campaign agenda also pledged that he would continue to “hold China fully accountable for allowing the virus to spread around the world.” As we analyzed previously in the year, the COVID-19 pandemic has pushed factional struggle within the CCP beyond a critical inflection point, with embattled rivals of Party leader Xi Jinping looking to sideline him even at the cost of ending communist rule. Actions taken by the Trump administration to punish the PRC in coming years could prove instrumental in determining the outcome of the factional struggle—and hastening the fate of the Communist Party.

The U.S intelligence community, in assessing the CCP’s motives, has warned that Beijing prefers and is working toward a Trump defeat on Nov. 3.

“China prefers that President Trump – whom Beijing sees as unpredictable – does not win reelection,” William Evanina, director of the National Counterintelligence and Security Center, said in an Aug. 7 statement. On Sept. 2, U.S. Attorney General William Barr said that China was actively interfering in the upcoming election, stating in an interview that Beijing posed a greater threat than Russia in this regard.

Biden in the White House
The Biden campaign’s China strategy promises to “get tough” on Beijing, checking the bingo boxes of countering China via building alliances and restoring U.S. domestic strength through public programs. But while Biden and others in the Democratic establishment do call for a China policy that tackles the regime’s abuses, the stark contrast between the Biden and Trump programs offers some insight as to why CCP leaders would favor a Biden presidency come next January.

According to Biden, the most effective means of meeting the China challenge “is to build a united front of U.S. allies and partners to confront China’s abusive behaviors and human rights violations, even as we seek to cooperate with Beijing on issues where our interests converge, such as climate change, nonproliferation, and global health security.”

Referring to Biden’s socialist rival in the Democratic primary, Bernie Sanders, a Sept. 6 New York Times report noted that “while Mr. Trump and Mr. Sanders call for punishing China, Mr. Biden’s aides emphasize a restoration of U.S. domestic strength.” Jake Sullivan, a prominent Biden advisor, was quoted in the report as saying that the United States “should put less focus on trying to slow China down and more emphasis on trying to run faster ourselves.”

Compared with Trump’s program, the Biden campaign is nebulously conventional when it comes to handling key issues like trade, cybersecurity, and the “new cold war” confrontation between the PRC and U.S. political systems. Trump administration officials have highlighted the ideological nature of the conflict between American democratic values and China’s Marxist-Leninist totalitarianism, while Biden and other prominent Democrats make scarce mention of this underlying dimension in the Sino-U.S. relationship.

The specter of engagement
A recent NBC News report notes that during his time as vice president, Biden “embraced the idea that the United States could coax China into acting as a ‘responsible stakeholder’,” but now calls Chinese leader Xi a “thug.” At the same time, Biden has criticized Trump’s China policy, claiming that his tariffs are reckless and that Beijing, while a “serious competitor,” is no opponent of the United States.

Biden’s advisors hail from the “engagement” school, which favors closer cooperation with the PRC in the hope that Beijing can be brought in line with liberal-democratic values. Despite these inclinations and pressure from business sector lobbyists, however, it is not likely that a Biden presidency would be capable of upending the current China consensus in Washington.

Experts cited by CNBC observed that given the mix of interests facing him, it would be very difficult for a President Biden to remove the Trump-era tariffs covering most of the U.S.-China trade imbalance. Biden himself has said that he would use tariffs “when they are needed.”

Regardless of who wins the U.S. presidency on Nov. 3, the CCP cannot expect to change the China consensus on Capitol Hill. Rather, Biden’s unclear stance on the Communist Party itself could provide a renewed opening for Beijing’s global influence operations. As president, Biden could put up a “getting tough” stance on China while simultaneously conducting “soft engagement” —an arrangement that coincides with the CCP’s playbook of weathering regime-threatening crises to recoup its strength for another day.