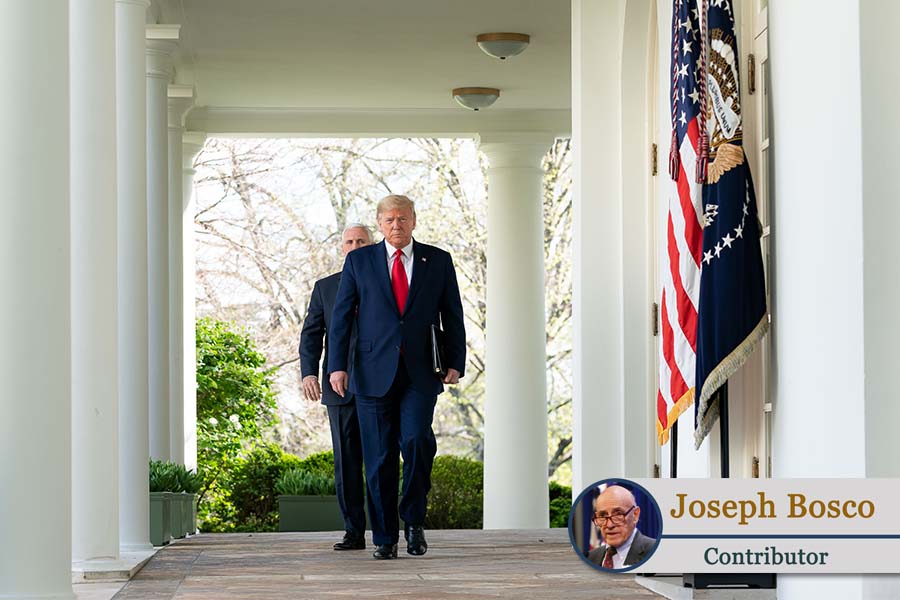 Pompeo and Trump Can Turn Human Rights Issues Against China

It is time for a partial late-term correction in the Trump administration’s approach to China. In his 2016 campaign, candidate Donald Trump incisively called for the termination of the decades-long U.S. policy of one-sided engagement with China. That misguided arrangement offered economic and security benefits to the communist regime in exchange for promised political reform.

The world just observed the 31st anniversary of the death-knell of that hope. On June 4, 1989, China’s post-Mao “Great Reformer,” Deng Xiaoping, had the enthusiastic support of virtually the entire Chinese population and the encouragement of the world to take the long-awaited fateful step toward peaceful democratic evolution. A glorious history for him and for China beckoned. Instead, in an eternal stain on his legacy and that of the Chinese Communist Party, he grievously flinched and did what generations of Chinese leaders solemnly promised they would never do: Turn the People’s Liberation Army against the Chinese people.

Secretary of State Mike Pompeo marked the occasion this past week by meeting with a group of activist survivors of the Tiananmen Square massacre. He mostly listened to their stories of that horrible event, then asked how the United States could “help China achieve democracy.” His department issued a statement honoring “the brave Chinese people whose peaceful calls for democracy, human rights, and a corruption-free society came to a violent end.”

Pompeo was severely criticized by Beijing for intervening “in China’s internal affairs, attack[ing] its system, and smear[ing] its domestic and foreign policies.” Similar charges have been leveled against the secretary each of the many times he has pointed out the abhorrent human rights practices of the Chinese regime.

Communist leaders lambasted Pompeo last year for calling attention to the inhumane treatment of minority Chinese Uyghurs in East Turkestan and Xinjiang Province, where a million people reportedly are confined in gulags; subject to brutality and brainwashing, they must learn to abandon their Muslim faith and love Chinese communism. Pompeo’s department imposed a travel ban on Chinese officials involved in those activities. Beijing then accused the secretary of “slander” and said the camps were benign education facilities.

Recently, Pompeo returned to the Uyghur problem, saying the U.S. is still “deeply troubled” by reports that the Chinese government has “harassed, imprisoned, or arbitrarily detained family members of Uyghur Muslim activists and survivors of Xinjiang internment camps who have made their stories public.”

Last month, Pompeo called on Beijing to “immediately release” Tibet’s Panchen Lama, designated by the Dalai Lama as his successor. The Panchen Lama’s abduction as a boy 25 years ago was part of the decades-old cultural genocide inflicted on the Tibetan people by the Chinese Communist government.

Leaving no persecuted minority group behind, Pompeo’s indictment of Beijing’s “staggering religious abuses” is broad enough to include not only Christians, Muslims and Buddhists, but also non-institutionalized spiritual movements such as the Falun Gong. That peaceful meditation group has been subjected to arbitrary imprisonment, brainwashing, torture and even alleged industrial-scale organ harvesting.

For all his broadsides against China’s multifarious violations of human rights, as well as his forceful statements on Hong Kong and Taiwan, the secretary has earned the title of “wicked Pompeo” — which, given its source, he must wear as a badge of honor. Members of these persecuted groups have thanked him for giving them hope and resolve to continue their struggles for freedom.

Pompeo is not the only Trump administration official to speak out forcefully on China’s human rights record. National security adviser Robert O’Brien and his deputy, Matt Pottinger, also have made public statements (Pottinger’s, in Mandarin) that Beijing finds objectionable.

Yet, Pompeo clearly has been the administration’s point man on human rights issues generally, and specifically on China, while the president focused on cultivating what he hoped would be a productive personal relationship with President Xi Jinping on trade and other issues.

For a time, that twin-track approach seemed to be tenable: Trump and Xi maintained the illusion for almost three years that they were carrying out a fundamentally cooperative relationship. That seems to have come to a crashing end with the full-fledged arrival of the coronavirus pandemic.

The new sense is that personal cordiality may coexist with labeling China a “revisionist power,” but it doesn’t wipe out the underlying animosity that the People’s Republic of China harbors toward the United States and the menace it presents to the world.

To confront the growing Chinese threat, the president should play the West’s own trump card, the one he used effectively to bring Kim Jong Un to the nuclear negotiating table (until Xi pulled Kim back to heel) — human rights and the potential for regime change. In three major speeches in 2017 and 2018, Trump delivered withering accounts of the humanitarian nightmare that is North Korea. His bottom-line message can be encapsulated in three words: unfit to govern. He triggered Kim’s worst fear, one shared by Xi’s increasingly totalitarian Chinese state — that their people will learn the truth about them.

Secretary Pompeo is no Don Quixote in pinstripes, tilting at human rights windmills. Given his extensive military and intelligence backgrounds, he knows as well as anyone that regime legitimacy is the soft underbelly of China’s powerful communist system. Exposing its multifarious human rights depredations evokes shame in decent, honorable Chinese people and necessarily diminishes the regime’s assiduously cultivated image of respectability.

President Reagan didn’t offend Russian and East European populations when he called the Soviet Union an “evil empire.” He fortified and inspired them. President Trump would do the same for the Chinese if he said the new cold war was foisted upon the world by the other “evil empire” — which is new only in its imperial reach, not in its inherently malevolent nature.

Neither catastrophic war nor continued futile engagement offer the solution to the world’s ongoing China problem. As with the earlier titanic struggle against Soviet communism, the answer must be democratic change pushed by the Chinese people and supported morally and informationally by the international community. The only cure for the virus of Chinese communism is the vaccine of democracy.