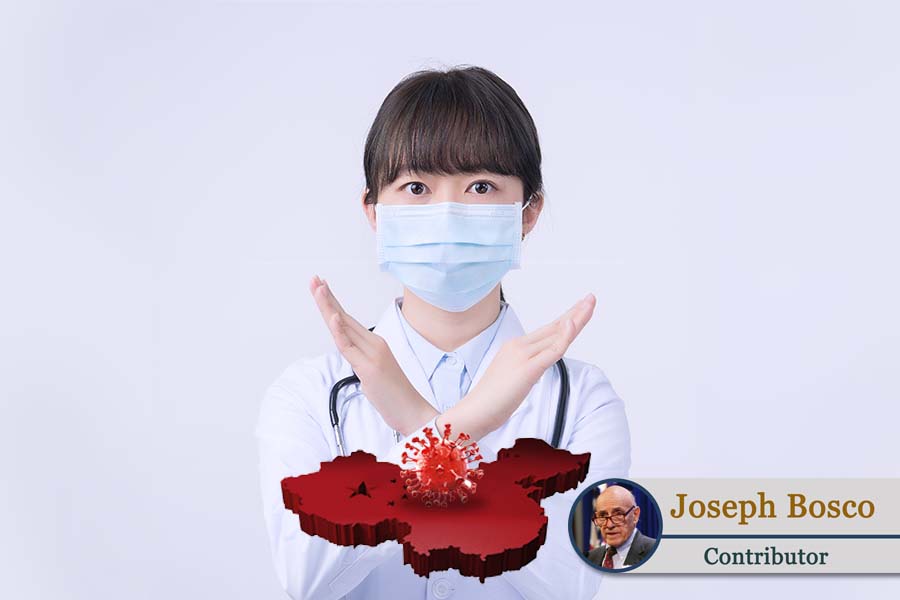 China’s Regime Won’t Change, So the Chinese People Must Change It

◎ The communist system is unfit to govern the Chinese people—the first and most aggrieved victims—but only they have the ability and the right to change it.

While there is universal agreement that the coronavirus pandemic is a global crisis requiring international cooperation, many governments have concluded that moving forward necessarily requires also looking backward. Scientists suggest that the future course of the virus, and progress toward its eradication, cannot be established without full understanding of its origins. Inconvenient though that discovery may be for present and future cooperation, it inevitably involves affixing responsibility, and even apportioning blame, for the human and economic costs of the virus’s global spread.

Governments around the world clearly were unprepared for the nature and magnitude of the crisis and, in hindsight, virtually all made their share of missteps. But in all cases — except one — errors in judgment on the nature and timing of responses were a function of having to react to a rapidly evolving external force not primarily under their own control.

The single exception, the one government that from the beginning has had control of critical information, is the country where the virus started and from which it was released to the rest of the world: the People’s Republic of China. Regrettably, Xi Jinping was given far more trust than he deserved.

Because of their prior experience with disease outbreaks, leaders in Beijing had knowledge of the impending calamity and the power to either enable or contain its spread. The Chinese Communist Party (CCP) knew for weeks what was happening in Wuhan City before it informed even the compliant World Health Organization (WHO), let alone the international community.

Then, once the virus exploded in Wuhan — Chinese authorities initially called it the “Wuhan pneumonia” — a belated effort was made to restrict it to that city using harsh control measures that included welding doors shut to confine residents to their apartments. The death toll in Wuhan may never be known, but it was almost certainly in the thousands, with reports of crematoria operating around the clock.

At the same time, millions of people who escaped from Wuhan before the lockdown were permitted to move throughout China and to travel internationally. Contrary to the aim of taking all precautions against the dispersal of the virus, Beijing strongly objected to President Trump’s restrictions on flights from China to the United States.

More than five months after the virus first appeared, the world is still enmired in ongoing debate and speculation over the precise event that triggered the outbreak, spawning conspiracy theories and false narratives. A possible animal-to-human infection from the wet market in Wuhan is seen by many as demonstrating, at worst, simple negligence for Chinese authorities’ failure to close such locations after earlier contagions.

But willful gross negligence, or even malevolent intent, cannot yet be ruled out. Bats and other virus-carrying animals, or actual virus samples, are reportedly routinely transported to the Wuhan virology laboratory for study. The virus could have escaped or been released from there, still in its natural state. Such a scenario of lab release would be consistent with expert findings that the coronavirus was not genetically manipulated.

Moreover, little is publicly known about inter-laboratory transfer of virological materials among China’s many research laboratories, including the Wuhan University of Technology, whose website advertises its “34 innovative research centers [and] two State Key Laboratories.” The university’s focus is engineering but also includes “Public Safety and Emergency Management [and] 230 Joint Research Centers with local governments and enterprises.”

Well after the emergence of the virus, whether from a market or laboratory, Chinese authorities refused to cooperate with WHO, the U.S. Centers for Disease Control and Prevention (CDC), or other countries in tracing its genesis. China suppressed doctors trying to sound the alarm, destroyed lab samples, and to this day refuses to share the virus’s genome sequence with international scientists. Beijing gives the impression it has something very damaging to hide.

President Trump has ordered an administration investigation of China’s conduct throughout the pandemic. He has said he is presently inclined to believe the virus was mistakenly released from the Wuhan lab. He did not indicate whether that interim conclusion is based on intelligence briefings or simply reluctance to accuse the CCP of a deliberate release. Intentionality would constitute an act of biological warfare and a crime against humanity under international law, imposing an obligation to take action at the United Nations and, eventually, the International Criminal Court.

But the Trump administration is not left only to resort to extreme remedies, legal or kinetic, against what potentially could be considered an act of war from a not so invisible enemy. After Pearl Harbor, which killed 2,335 American sailors, the United States declared war in the Pacific until it had defeated and removed the Imperial Japanese government. After 9/11 and the deaths of more than 3,000 Americans, Washington went to war in Afghanistan and Iraq to destroy the perceived evil-doers. A similar fate must befall the CCP, whose mishandling of the pandemic so far has led to hundreds of thousands of deaths and destroyed much of the global economy.

Since China’s government has proven itself unwilling or unable to change its destructive behavior, despite the lessons of past epidemics and pandemics, it must not be allowed the power to do so again. The communist system is unfit to govern the Chinese people — the first and most aggrieved victims — but only they have the ability and the right to change it. As with the people of the Soviet Union and Eastern Europe, the West can play a strong supportive role by providing the Chinese with the ultimate instrument of change their rulers deny them: the truth.

The pandemic must not be suffered in vain. This tectonic historical event provides both an opportunity and an obligation for the West to help the people of China rid themselves and the world of the underlying scourge that afflicts us all.

(As this article was being completed, Matt Pottinger, the deputy national security adviser, delivered a remarkable and unprecedented speech to the Chinese people, in fluent Chinese, invoking the reformist May Fourth Movement in China. It offered the hope that things can change for the better there, and already has received some positive feedback, as have the earlier speeches by Vice President Mike Pence and Secretary of State Mike Pompeo.)