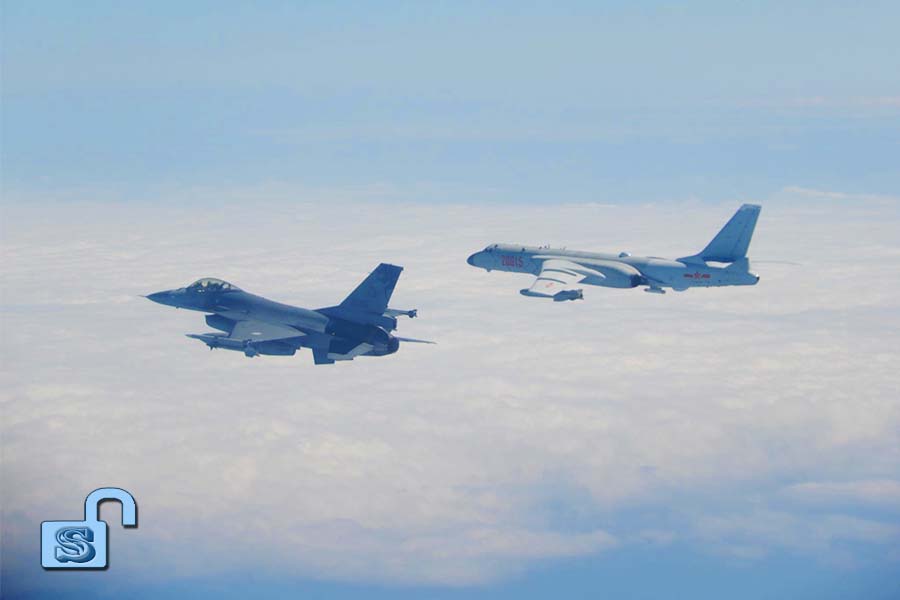 Risk Watch: Why the Chinese Regime is Gearing Up for a Fourth Taiwan Strait Crisis

◎ The PRC’s recent belligerence foreshadows a fourth confrontation in the Taiwan Strait.

Even as the People’s Republic of China continues its “people’s war” against the novel coronavirus pandemic, the communist regime’s behavior in recent weeks suggests that Beijing is spoiling for a fight with Taiwan.

Since late January, the Chinese People’s Liberation Army has stepped up military activity near the Republic of China—as Taiwan is formally known—sending combat aircraft and warships on provocative assignments above and in waters around the island.

Meanwhile, mainland regime officials and state media have made increasingly bellicose statements criticizing the ROC, which the Chinese Communist Party regards as a rightful part of the PRC.

The CCP and Chinese leader Xi Jinping face mounting pressure amid the COVID-19 pandemic, which paralyzed China’s already-suffering economy and is accelerating the exodus of foreign firms. The international community, including the U.S. government and major media outlets, are voicing increasing skepticism of the PRC’s claims that it has brought the epidemic under control, while hounding Beijing for answers regarding the still-unclear origins of the virus.

Taiwan, a democratic state, has earned praise for its effective handling of the epidemic, with just several hundred confirmed cases at the time of writing. This has contrasted it with the authoritarian PRC, where the CCP’s weeks-long cover-up led to a major outbreak in Wuhan—the virus epicenter—that spread to the rest of the country and around the world.

For the CCP regime, the contrasting example set by Taiwan—the “other” China—only exacerbates the tensions felt in Beijing. It also threatens to torpedo the Party’s narrative on epidemic control efforts, described by ROC foreign minister Joseph Wu as being “that only authoritarian regimes have the resources and capabilities to deal with the problem.”

Following the three Taiwan Strait crises in the 20th century that saw the PRC and the ROC come to the brink of war, the mainland’s recent belligerence foreshadows a fourth confrontation.

While a “Fourth Taiwan Strait Crisis” is unlikely to involve an actual invasion of the ROC—the PLA does not appear to be capable of the amphibious operations such an undertaking would require—the CCP may decide that it needs a distraction from the domestic troubles stirred up by the pandemic.

The next day, CCP-run tabloid Global Times ran an opinion piece cautioning Taipei for Wu’s “antagonistic” statements, warning the ROC against using the pandemic to worsen Sino-U.S. relations. The article concluded with an ominous threat rendered in classical Chinese: “Don’t say you haven’t been forewarned” (勿謂言之不預).

Also on April 10, the PLA Air Force dispatched a flight of six aircraft, including a nuclear-capable H-6 bomber and J-11 fighters, on a long-range training mission that brought the planes close to Taiwan’s southern coast.

On April 11 and April 12, PLA Navy aircraft carrier Liaoning and several accompanying warships sailed through the Miyako Strait northeast of Taiwan, then carried out exercises off the island’s eastern coast before heading toward the South China Sea. The PLA has conducted similar exercises, such as aerial circumnavigations of Taiwan via the Bashi and Miyako straits on Feb. 9 and Feb. 10, with increased frequency.

In mid-March, more than 10 Chinese speedboats harassed an ROC coast guard vessel in the Taiwan strait. The mainland crews hurled rocks and bottles at the Taiwanese ship; one speedboat even rammed it from the rear.

On March 11, days prior to the speedboat incident, former PLA Navy rear admiral and Party princeling Luo Yuan told Global Times that senior Taiwan officials, including President Tsai Ing-wen, had seized the epidemic period to “profit from China’s misfortunes” and even “oppose China and plan for independence.” Luo further remarked that a timeline for reunifying Taiwan with the mainland should be announced “in a timely manner,” rather than letting the issue “drag on without resolution.”

On April 15, a website of the PRC Taiwan affairs council ran an article that includes “authoritative analysis” by a PLA expert on conditions needed for “military unification” of the island with mainland China. The same day, a WeChat account belonging to the PLA Eastern Theater Command Ground Forces called “People’s Front” shared an article called “Enough Illusions, Prepare for War.”

Why the CCP Needs a Crisis
Beijing’s provocations against Taiwan can be explained by the mounting challenges the Communist Party faces at home.

The PRC is beset with serious economic and social malaise, which the Wuhan coronavirus pandemic has only worsened. With economic growth all but halted and a second wave of virus infections on the horizon, the Chinese authorities face renewed public health disaster while millions of ordinary citizens struggle to keep their jobs. Meanwhile, shocks to global trade threaten China’s food security.

And for Xi Jinping, the coronavirus epidemic has deepened factional disagreements within the CCP. Since the beginning of the crisis, Party elites at odds with Xi have used a variety of channels to voice roundabout attacks on the Chinese leader, even comparing him to the doomed Chongzhen emperor of the late Ming Dynasty.

In previous analysis, we clarified Xi’s need to bring the Party to “consensus” in the face of external crises. As the CCP’s propaganda narratives about having brought the virus under control stand to be checked by reality, Xi and the Party require some means of distracting both domestic and foreign audiences.

Further, by escalating tensions with Taiwan, Xi may hope to create an external crisis that can be used as a tool to create intra-Party unity. This unity would shield Xi from attacks by his political rivals, which if not prevented could endanger the regime.

In response to the PLA’s recent activity vis-a-vis Taiwan, the U.S. military has responded by dispatching reconnaissance and combat aircraft to patrol the Taiwan Strait. However, given that the CCP’s motivation for starting a Fourth Taiwan Crisis would be in reaction to domestic unrest and the unravelling of its global propaganda offensive, such moves are unlikely to convince Beijing to back down from a confrontation.

Another reason for Beijing to mount an offensive against Taiwan is ideological. Being a culturally and ethnically Chinese society with a fully functional democracy, the ROC stands as an inherent challenge to the CCP’s legitimacy. This challenge is particularly highlighted by the differing responses to the pandemic on either side of the Strait.

In his speech made at the Hudson Institute, Taiwan foreign minister Joseph Wu stressed the importance of transparency and honesty in fighting the Wuhan coronavirus.

“We in Taiwan cannot afford to conceal or lie, but the Chinese communists are institutionally incapable of telling the truth,” Wu said. He also criticized the CCP’s glowing depiction of its “people’s war” on the virus as being “the most dangerous narrative to arise from the pandemic.”

“Taiwan is a counterweight to this narrative,” Wu said.