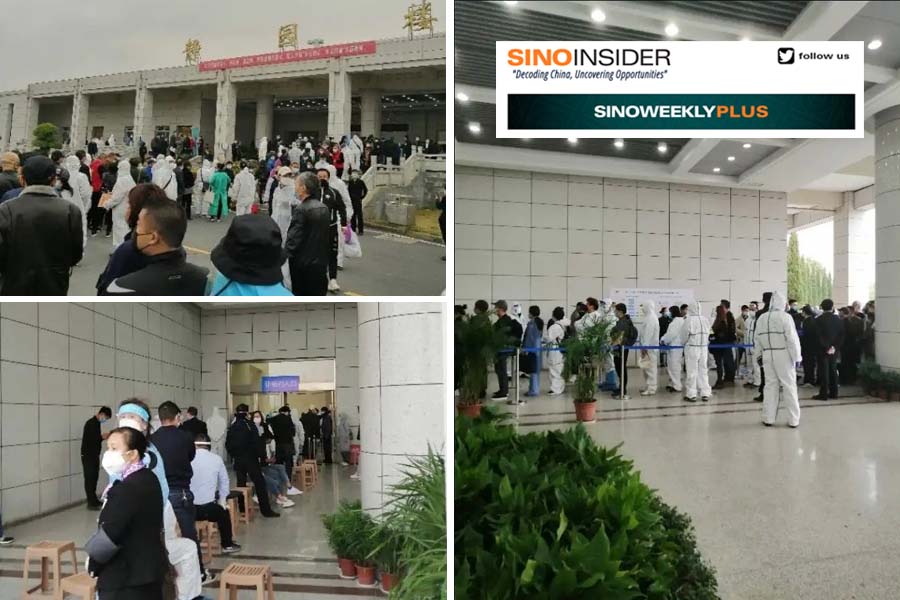 ◎ The following analysis was first published in the March 26 edition of our subscriber-only SinoWeekly Plus newsletter. Subscribe to SinoInsider to view past analyses in our newsletter archive.

On March 26, semi-official mainland news outlet The Paper published a story on the return of ashes to relatives of the deceased by Wuchang Funeral House in Wuhan City. Wuchang Funeral House staff said that they had returned 100 boxes of ashes per day from March 23 to March 24, and “strived” to return 500 boxes of ashes per day starting from March 25, with the hope that all ashes could be handed out before the Qingming Festival (April 5). Many of the families collecting ashes were accompanied by members of local district neighborhood committees. The article was subsequently deleted from The Paper’s site.

According to official PRC data, there were 2,531 coronavirus deaths in Wuhan as of March 25.

Our take:
1. The information in the now-deleted report in The Paper that we mentioned above challenges the official PRC data concerning the number of coronavirus deaths in Wuhan.

If we take the information in The Paper’s article at face value, then Wuchang Funeral House had 6,200 boxes of ashes to return before the Qingming Festival (200 boxes were handled out from March 23 to March 24; 6,000 boxes would be returned from March 25 to April 5 presuming a constant return rate of 500 boxes per day). According to publicly available information, there are seven funeral homes in Wuhan operating 79 cremation furnaces, 18 of which are located at Wuchang Funeral House. If we take the boxes of ashes that Wuchang Funeral House has as a percentage of the total (22.8 percent), then the funeral houses in Wuhan could possess as many as 27,192 boxes of ashes, with one box of ash corresponding to one person.

Given that Wuhan was placed under lockdown after the CCP acknowledged the coronavirus outbreak, it is likely that the bulk of the ashes being released now by Wuchang Funeral House are from those who died after Jan. 23. The 27,192 boxes of ashes does not capture all the deaths in Wuhan over the past two months, as some families could have retrieved their ashes earlier, or other funeral houses in Wuhan could have cremated more or less bodies than the Wuchang Funeral House did. That being said, it is likely that most of those who died after Jan. 23 died from either the “CCP virus” or from lack of medical attention due to hospitals being overwhelmed by the coronavirus epidemic.

In the Jan. 30 edition of this newsletter, we estimated that the actual coronavirus death rate could be at least 35 times higher than what the PRC had officially announced at the time. A notice by Wuhan’s Bureau of Civil Affairs also noted that funeral homes in Wuhan were operating their crematoriums for 24 hours a day, and only provided services for the “delivery of remains, cremation of remains, and the storage of ashes.”

2. Recent videos posted to Chinese social media show long lines outside Piandanshan Cemetery in Wuhan as people queue up to register the burial of their loved ones. Netizens comment that the lines outside the cemetery are longer than the lines for property sale lotteries, and that some families do not even have a queue number even after spending three hours in the queue.