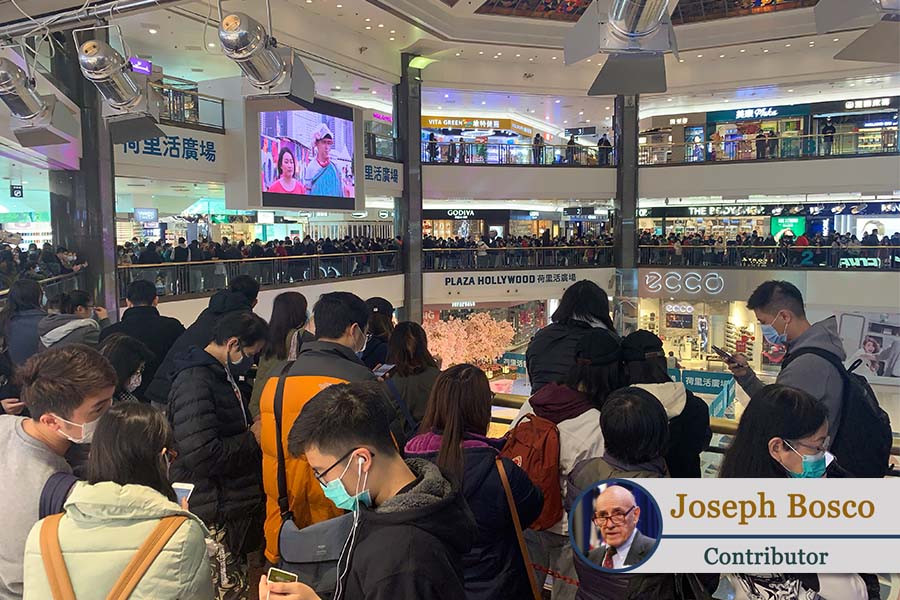 ◎ An immediate China-centric crisis should not distract the international community from other dangerous situations created by Beijing’s communist government.

An immediate China-centric crisis should not distract the international community, particularly the United States, from other dangerous situations created by Beijing’s communist government. As with earlier epidemics, the coronavirus pandemic was spawned and spread by its usual authoritarian practices of denial and deceit, which delayed by at least a month an appropriate global response. China then exacerbated the situation and hampered the work of the World Health Organization and the U.S. Centers for Disease Control and Prevention by arbitrarily withholding its cooperation.

To add insult to injury, sources sanctioned by China now have resorted to familiar disinformation and finger-pointing, suggesting that the contagion either originated outside China, or has been made worse by other countries’ practices. The United States and Taiwan are Beijing’s usual targets. China-based digital media sources claim that the virus is out of control in Taiwan, with deaths overwhelming crematoria. Taiwan Fact-Check Center has debunked the claims and international observers have found no evidence to support them.

That pattern of false accusations and deflection from China’s own incompetence and dictatorial irresponsibility is well-established. It is the same playbook Beijing followed in dealing with the crisis that erupted in Hong Kong last year, after Beijing imposed an extradition law in conflict with the territory’s promised autonomy. As part of its ham-handed response to public outrage, China resorted to blaming the “black hand” of other countries, led by the United States.

Over Beijing’s angry objections, Congress then approved — and President Donald Trump signed into law — the Hong Kong Human Rights and Democracy Act, the purpose of which is to determine whether the United States should continue to accord Hong Kong special status as a financial center entitled to favorable U.S. consideration on trade and investment.

The act requires that the State Department, within 180 days of its enactment in October, report to Congress on “whether Hong Kong is sufficiently autonomous from China to justify its unique treatment.” It lists a number of criteria to make that determination, one of which is the status of “civil liberties in Hong Kong, including freedom of assembly and freedom of the press.”

Last week, the Chinese government imposed a 10-year prison sentence on Hong Kong bookseller Gui Minhai for publishing and selling books that are prohibited in mainland China. Beijing since has added more charges and Gui’s case is complicated by the fact that he is a Swedish citizen who was kidnapped by Chinese agents in Thailand. But the original basis of Chinese ire against him was the sale of China-banned books, which clearly violates the act’s freedom of the press standard to judge Hong Kong’s autonomy.

Beijing’s prosecution and mistreatment of Gui is also inconsistent with Article 27 of the Basic Law governing Hong Kong’s status under “one country, two systems.” It provides that “Hong Kong residents shall have freedom of speech, of the press and of publication.” Applying China’s rigid and censorial law on book publication to activities in Hong Kong violates both the U.S. standard underlying Hong Kong’s unique status and the fundamental agreement that was meant to govern the territory’s handover from the United Kingdom to Communist China.

Before and since passage of the Hong Kong Human Rights and Democracy Act, Hong Kong authorities, under orders from Beijing, have consistently interfered with citizens’ freedom of assembly. That interference, part of a larger pattern of Chinese meddling and dictation, also relates to “decision-making within the Hong Kong government,” which is another of the criteria stated in the act.

Undergirding all the standards set forth in the act is the first one stated: “demands for universal suffrage.” Progress on that objective would enable progress on all the others. Congress and President Trump were right to put those standards into American law governing relations with Hong Kong.

But neither the coronavirus — Communist China’s gift to the world — nor partial agreement to trade reciprocity should prevent Washington from paying attention to what is happening in Hong Kong. As Angela Gui, the bookseller’s daughter, recently wrote about the lesson from her father’s ordeal, “Holding China responsible for its crimes requires matching words with actions.”