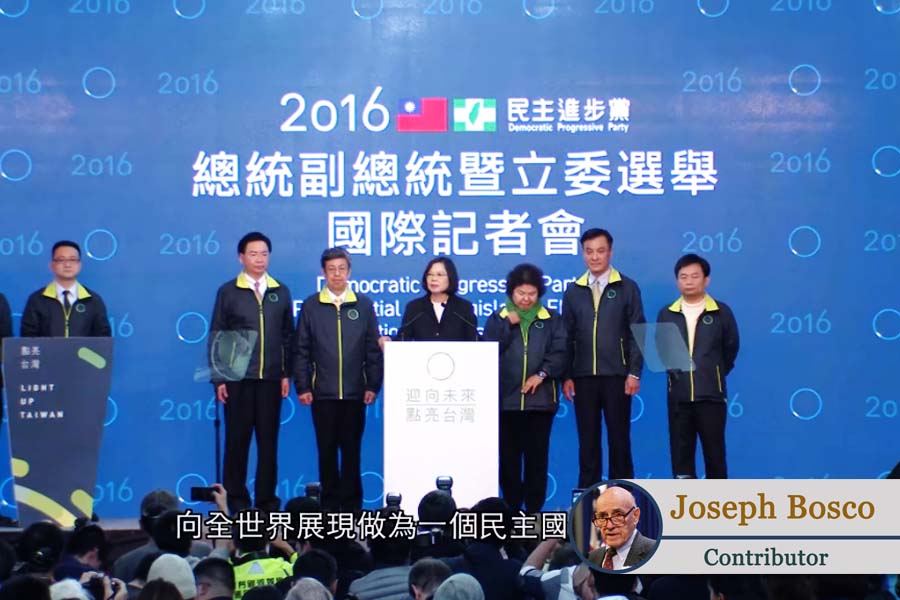 ◎ Trump should demonstrate the same vision of the national interest with China as he has displayed on Iran.

President Donald Trump prides himself on going where none of his predecessors dared to go, taking actions he believes serve America’s national interest where other presidents’ passivity failed.

He did it most recently, and most dramatically, when he ordered the elimination of Iranian General Qassem Soleimani, a serious security threat to the United States. In doing so, Trump consciously weighed the risk of war with Iran and correctly assessed that it was minimal and was outweighed by his strong message against Iranian terrorism and aggression.

The president showed his proclivity for doing the unorthodox in foreign affairs even before taking office, when he accepted a congratulatory call from Taiwan’s President Tsai Ing-wen after his election in 2016. Foreign policy experts in and out of government tut-tutted that he was offending Chinese leader Xi Jinping and disrupting carefully constructed U.S.-China relations.

Trump said he could talk to anyone he chooses, but agreed to give Xi a heads up before the next conversation with Tsai. It is time for him to make those two calls, now that Tsai has achieved a sweeping reelection victory in the face of Communist China’s influence operations against her.

Trump will be warned against calling Tsai while the U.S.-China trade talks are still ongoing. But the U.S. side has always held the stronger hand in those negotiations, and that will not change as long as Trump remains firm in his basic demands for transparency and reciprocity.

The president can simply take a page from Beijing’s playbook and insist that trade and Taiwan be kept separate. Beijing knows how to compartmentalize issues; it regularly does when it talks of win-win on trade even as it militarizes the South China Sea.

For that matter, the only reason trade talks are still going on is that Beijing reneged on the original agreement the parties reached several months ago, so Trump should have no qualms about doing the right thing now on Taiwan — especially given the deterrent effect it will have on Xi’s urge toward adventurism.

Trump should demonstrate the same vision of the national interest with China as he has displayed on Iran. He also could suggest that Xi show some strategic vision of his own by starting to move China away from its unsustainable authoritarian course. He could remind Xi that Taiwan has shown the way for a Chinese society to accomplish the peaceful transition to democratic governance.

After 50 years of Japanese colonial rule and four decades of Kuomintang dictatorship, Taiwan now has conducted seven successful presidential elections. They have included three peaceful transfers of power — from the reformed but still China-oriented KMT to the independence-minded Democratic Progressive Party for two four-year terms, back to the KMT for another two terms, and now back again to the DPP with the reelection of Taiwan’s first female leader. With all the changes, Taiwan has demonstrated democratic stability.

During each election campaign, Beijing expressed its displeasure that Taiwan was presuming to choose its own national leader rather than accepting the rule of the Chinese Communist Party, which follows the teaching of Mao Zedong that “political power grows out of the barrel of a gun.”

The Taiwanese see it differently and instead have dared to express their preference for a system that produces leaders chosen with the consent of the people. Resisting Chinese intimidation and extensive influence operations, they have demonstrated once again that a Confucian culture is as compatible with democratic governance as any American or European society. The Chinese Communist Party rightly fears that idea as subversive and threatening to its cultish mind-controlling dictatorship.

The question now is how Beijing will respond to the Taiwan election results.  Will it finally accept the reality that the people of Taiwan are so committed to their own democratic identity that they are “permanently separated politically” from China, as Richard Nixon belatedly observed two decades after his fateful opening to China?

Or, will the Chinese Communist Party decide that it cannot tolerate another generation of a wayward Taiwan setting a bad example for the people of Hong Kong, or Tibet, or East Turkestan/Xinjiang? Will it invoke the 2005 Anti-Secession Law and conclude that “possibilities for a peaceful reunification [are now] completely exhausted [and] the state shall employ non-peaceful means” to bring Taiwan under its control?

It would be highly useful and timely for President Trump, with his credibility as commander in chief enhanced by his actions on Iran, to dissuade Xi from contemplating any use of force against Taiwan.

Tsai also assured the international community that she will continue to govern and manage cross-strait relations in a responsible manner: “[A]ll countries should consider Taiwan a partner, not an issue. … In the face of China’s diplomatic pressure and military threats, we have maintained a non-provocative, non-adventurist attitude that has prevented serious conflict from breaking out in the Taiwan Strait.”

President Trump should applaud and reinforce the peaceful message of his fellow democratic president and America’s critical security partner in the Indo-Pacific — while providing a tough-love cautionary message for Xi.