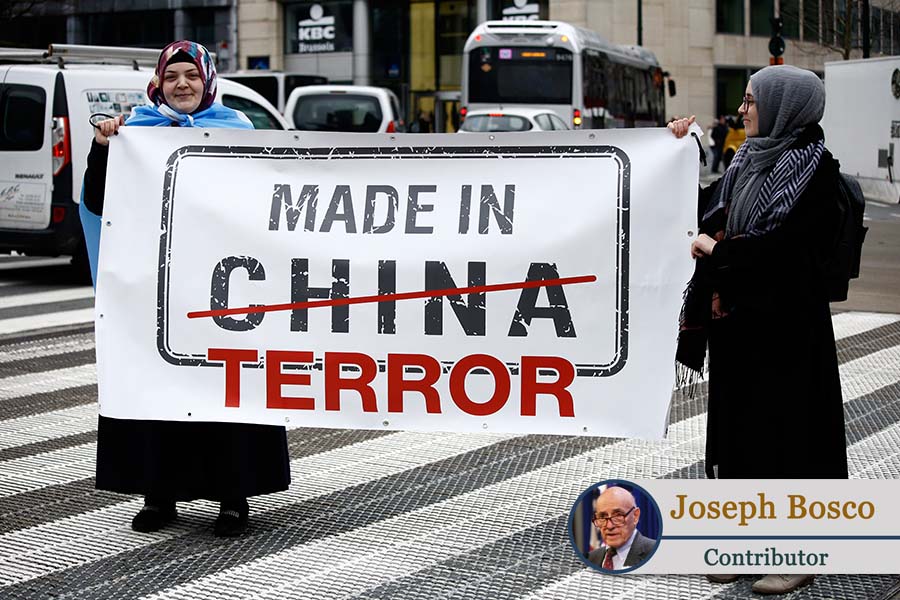 Congress Should Finish What it Started and Help the Uyghurs

◎ The United States Congress has been determined not to remain on the moral sidelines as the Chinese Communist Party wields its dictatorial powers against the populations subject to its rule.

The world has been saying “never again” to genocide and crimes against humanity ever since the Nazis perpetrated the Holocaust and their war against civilization in the 1930s and ’40s. But that has not prevented the mass atrocities in Cambodia, the Balkans, Rwanda, China, Syria, Myanmar and other places in the decades since the end of World War II.

Now the international community is on notice that another massive human rights outrage is being perpetrated before its eyes in East Turkestan, now called Xinjiang, in western China. The Uyghurs, a Muslim population invaded and occupied by Communist China in 1949, are the victims of a vast campaign of subjugation under the totalitarian rubric of “Sinicization.” History shows that cultural genocide (even before it was called that) can quickly become genocide itself.

Beijing is imposing a pervasive system of mind-and-soul control on the 4 million Uyghurs in an attempt to wipe out the vestiges of their ethnic and religious identity. To achieve what the United Nations has called “cultural genocide,” China employs methods ranging from sophisticated propaganda techniques to “wash clean the brains” of detainees to the brutally primitive practice of mass rape.

While as many as 2 million Uyghur men are incarcerated in a network of sprawling “reeducation” concentration camps reminiscent of Soviet gulags, Han Chinese soldiers are stationed, uninvited, inside the homes of the absent men as new “family members” entitled to share the beds of the Uyghur women. The offspring of those forced encounters will constitute a new breed of Han-sired children, ready-made for the creation of a purified, semi-Uyghur generation that would be pre-conditioned to accept the Han culture and Communist China ideology. (In the 1990s, the Serbs also used rape as a “purification” instrument of ethnic war against the Muslim population of Bosnia.)

The United States Congress has been determined not to remain on the moral sidelines as the Chinese Communist Party wields its dictatorial powers against the populations subject to its rule, whether in Hong Kong or East Turkestan/Jinjiang. Two weeks ago, by a near-unanimous vote, Congress passed the Hong Kong Human Rights and Democracy Act providing for sanctions against persons complicit in violating the rights and freedoms of Hong Kong citizens and threatening the continuity of Hong King’s special status as an international financial center. President Donald Trump signed it into law immediately.

In recent weeks, the United States Senate unanimously passed the Uyghur Human Rights Policy Act (UHRPA), which would impose sanctions on Chinese officials who have engaged in violations of the rights of Uyghurs. Last week, by a vote of 400-1, the House of Representatives passed an even stronger version, called the Uyghur Act.

The two versions of the legislation, which Beijing has labeled “another brazen attempt to interfere in China’s internal affairs,” need to be reconciled before the bill can move to the president’s desk. Inexplicably, that final step has not been taken and the congressional session is about to end. If the legislation is allowed to languish for technical procedural reasons, Beijing surely will view the bills’ demise as a “prudent” American response to China’s “principled” opposition, and Uyghur human rights activists will see it as a defeat and moral abandonment.

Before time runs out, Senate Majority Leader Mitch McConnell (R-Ky.) and House Speaker Nancy Pelosi (D-Calif.) are surely capable of ironing out any last-minute technical issues and getting this important measure, which enjoys near-unanimous congressional support, to President Trump for his signature.

Failure to do so will make the good work done by both houses so far merely morally-satisfying, feel-good gestures accomplishing nothing to help the Uyghurs. Congress can do better.