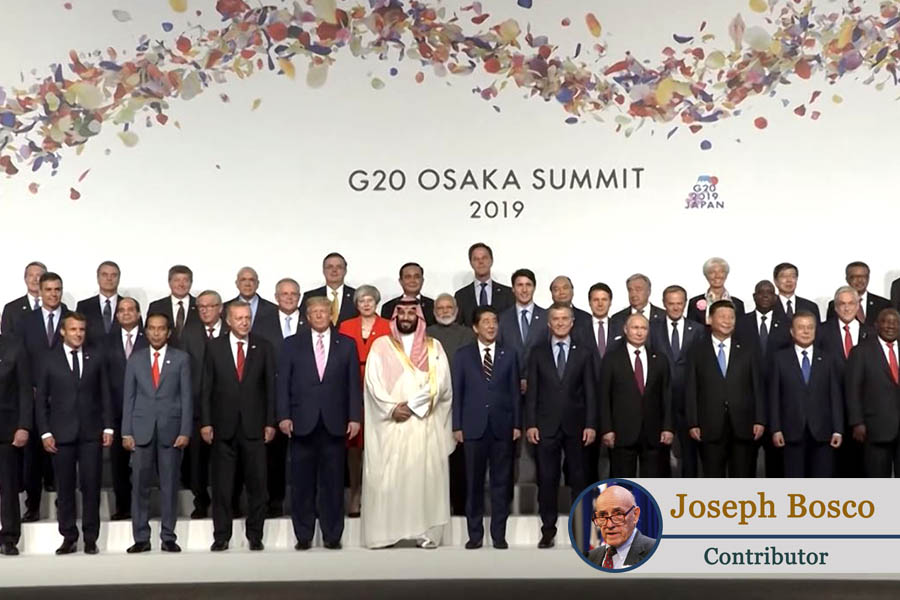 ◎ Since the time of Mao Zedong, it has been in the Chinese Communist DNA to treat the West as its ultimate enemy, engagement or no engagement.

In his own public remarks, the secretary complained of repeated Chinese “characterizations of the United States as a hegemon determined to dominate China and the world.” He warned his hosts that those “constant references appearing in the Chinese media, [while] simply untrue, only provoke a negative reaction by many in my own country.”

The date was Jan. 14, 1997. The target of the anti-American calumny was William Cohen, President Bill Clinton’s defense secretary.

That bit of history, not unique in the U.S.-China relationship, serves as a partial corrective to the letter signed by 95 pro-engagement figures entitled “China is not the enemy” and implying that today’s tensions stem equally from “Beijing’s recent behavior” and “Washington’s adversarial stance … the current approach.”

Aside from the faulty moral equivalence, the letter-writers ignore decades of history in which many of them were privileged to participate. They assert that the new, firmer U.S. posture “weakens the influence of … many Chinese leaders and other elites [who favor] a moderate, pragmatic and genuinely cooperative approach with the West.”

Presumably, by that reasoning, the moderates were in the ascendancy during the almost 40 years of generous, indulgent American policies toward China. Yet, here we are with what they acknowledge as Beijing’s “turn toward greater domestic repression, increased state control over private firms, failure to live up to several of its trade commitments, greater efforts to control foreign opinion and more aggressive foreign policy.”

The letter argues: “If the United States presses its allies to treat China as an economic and political enemy, it will weaken its relations with those allies and could end up isolating itself rather than Beijing.”

But, since the time of Mao Zedong, it has been in the Chinese Communist DNA to treat the West as its ultimate enemy, engagement or no engagement. And our allies, partners and other countries have experienced Beijing’s malign intentions and practices for themselves.

Under U.S. leadership, they increasingly are cooperating to resist China’s misbehavior, from trade issues to navigational freedoms in the South China Sea — forming exactly the “enduring coalitions … in support of economic and security objectives” that the writers call for.

Their arguments are not new — in fact, Richard Nixon made them all a half-century ago when he called for new policies toward “Red China.”

He said China had to be brought into “the family of nations,” lest it continue to “nurture its fantasies, cherish its hates and threaten its neighbors” — which sounds a lot like the China the world confronts today, despite four decades of supportive engagement.

What went wrong? The international community failed to heed Nixon’s other cautions on how the West should interact with China. Too generous, unconditional economic and political concessions would only “serve to confirm its rulers in their present course,” he warned.

Instead, Nixon called for “a policy of firm restraint, of no reward, of a creative counterpressure designed to persuade Peking that its interests can be served only by accepting the basic rules of international civility.”

Over the long term, Nixon wrote, “containment without isolation” was necessary, but not sufficient. “Along with it, we need a positive policy of pressure and persuasion, of dynamic detoxification … to draw off the poison from the ‘Thoughts of Mao.’”

Now, Xi Jinping is reviving Mao’s philosophy, which starts with the aphorism, “Political power grows out of the barrel of a gun.” The China that the letter-writers imagine, one receptive to fair reasoning and gestures of goodwill, does not exist. The international community needs to deal with the real Communist China based on fresh thinking and realism, rather than on vain adherence to a demonstratively discredited approach.

The Trump administration has taken a series of actions and made a number of policy changes in the economic and security realms to reflect that new China reality — which is actually the old China reality newly confirmed.

China objects, as it always does, but as the people of Hong Kong recently demonstrated, the rest of the world strongly objects to what Beijing has been doing, and getting away with, for far too long. The latest example of greater resolve among freedom-loving people is Washington’s decision to meet Taiwan’s request for more than $2 billion in modern defensive arms to help it defeat any new Chinese aggression. Hopefully, America’s commitment to Taiwan’s democratic security will be reinforced by a high-level administration exchange when President Tsai Ing-wen visits New York later this month.

On many fronts, democracies, and those who aspire to it, are taking a stand against “Red China’s” campaign to change the world in its despotic favor. At some point, as happened in World War II and the Cold War, the forces supporting freedom and the rule of law will coalesce and prevail against the actual “greatest threat to world peace.”