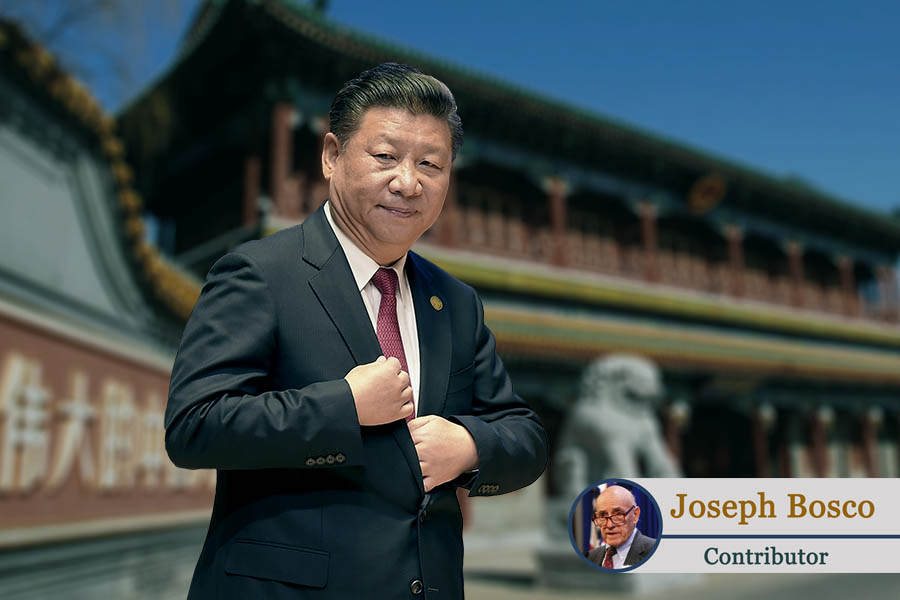 ‘Red China’ Redux: Pariah Among Nations, Enemy of its People

◎ The CCP’s aggression extended beyond populations within China and along its borders.

At this week’s G-20 meeting, Xi Jinping, like the other 15 male leaders except the Indian and Saudi representatives, will be dressed in traditional Western business attire. But the coat-and-tie garb should not disguise the nature of the regime he represents. It will be conveniently easy to forget the fundamental linear identity of the Chinese Communist Party (CCP) of today with that of its founder, Mao Zedong.

When Richard Nixon looked at the problem of “Red China” as he began his successful 1968 run for the presidency, he saw an angry, resentful communist regime that was determined to “nurture its fantasies, cherish its hates and threaten its neighbors.” The world had much to worry about, he warned, from the ideologically-driven, viscerally anti-Western party that had seized control of a vast Asian territory and its 750 million inhabitants.

Less than a year after its creation, the new communist state already had been condemned as an aggressor by the United Nations for encouraging and joining North Korea’s invasion of South Korea. Simultaneously, it subjugated Tibet and East Turkestan and began a campaign of cultural genocide in both places.

Nor was it just non-Chinese cultures the Communist Party sought to destroy. Mao launched his Cultural Revolution against the ancient Han civilization itself, ending with the banishment, imprisonment and deaths of tens of millions of Chinese.

The CCP’s aggression extended beyond populations within China and along its borders. It went “abroad in search of (Western) monsters to destroy” and supported “wars of national liberation” to overthrow existing “imperialist” or “puppet” governments throughout Asia, Africa and the Third World.

That was the dangerous, hostile rising power that Nixon warned could not be allowed to remain on its maniacally destructive path: “China must change,” he wrote in his seminal Foreign Affairs article anticipating the policy he would pursue as president. He examined the risks of alternative approaches to the China problem.

“Conceding to China a ‘sphere of influence’ embracing much of the Asian mainland and extending even to the island nations beyond … would not be acceptable to the United States or to its Asian allies.”

Equally undesirable and highly imprudent, Nixon concluded, would be an effort to “eliminate the threat by preemptive war … a confrontation which could escalate into World War III.”

On the other hand, Nixon did not favor over-eager accommodation with China. “[A]s many would simplistically have it, rushing to grant recognition to Peking, to admit it to the United Nations and to ply it with offers of trade — all of which would serve to confirm its rulers in their present course.”

Instead, U.S. policy “must come urgently to grips with the reality, … recognizing the present and potential danger from Communist China” by applying a combination of deterrence and dissuasion. “For the short run … this means a policy of firm restraint, of no reward, of a creative counter-pressure designed to persuade Peking that its interests can be served only by accepting the basic rules of international civility.”

Yet, Nixon argued, “containment without isolation” was necessary but not sufficient. “Along with it, we need a positive policy of pressure and persuasion, of dynamic detoxification … to draw off the poison from the Thoughts of Mao.” Integrating China into “the family of nations” was the only practicable solution he foresaw. “There is no place on this small planet for a billion of its potentially most able people to live in angry isolation.” Thus was born the idea of engagement that he undertook with his opening to China, with the purpose of normalizing the communist regime.

At first, Nixon seemed to heed his own caveat that the Americans not appear too eager for a deal, lest China sense weakness and exploit it. He cautioned his junior partner, national security adviser Henry Kissinger, “We cannot be too forthcoming in terms of what America will do. We’ll withdraw [from Taiwan], and we’ll do this, and that, and the other thing.”

Yet, in the end, he and Kissinger did just that, by acceding to Beijing’s demands on Taiwan. The U.S. removed the Seventh Fleet from the Taiwan Strait, then began the first phase of a withdrawal of U.S. forces from Taiwan — even before Nixon made his visit to China. The preemptive concessions violated not only Nixon’s self-imposed restraint but also Kissinger’s academic teaching: “We [Americans] have a tendency to apply our standards to others in negotiations. We like to pay in advance to show our good will, but in foreign policy you never get paid for services already rendered.”

In the deal struck by the two consummate realists, Taiwan would be left to Beijing’s tender mercies. In exchange, America would be allowed a graceful exit after abandoning Vietnam as well. But China reneged on that commitment and continued its flow of arms, material and Chinese soldiers in support of North Vietnam’s final conquest of South Vietnam and America’s humiliating retreat.

Kissinger noted with pride, before the arrival of the Trump administration, that all Nixon’s successors followed the original engagement policies. And he was right. By comparison with the ragings of the Mao period, and even after the Tiananmen massacre, other Chinese leaders have appeared on the surface to be conventional national leaders — as long as we were willing to look away from their brutal policies to suppress dissent: imprisoning and torturing to death a Nobel Laureate, forcing abortions and infanticide, organ harvesting from dead and living persons, mass internments of ethnic and religious populations, and other moral outrages.

Despite the historical record, U.S. leaders accepted the pronouncements of academics and other experts that Beijing’s foreign policies were benign and that the only way China would become an enemy of the West is if we treated it as such. So, for decades, China treated us as its ultimate adversary, while proclaiming its peaceful intentions.

Now Xi has pretty much ripped off the mask, and even invokes the very Thoughts of Mao that Nixon had hoped to “detoxify” from China’s policies. But Nixon said, years later, that his policies might have “created a Frankenstein” — and the family of nations he hoped would domesticate China finally has begun to take notice of the monster that has arisen in its midst.