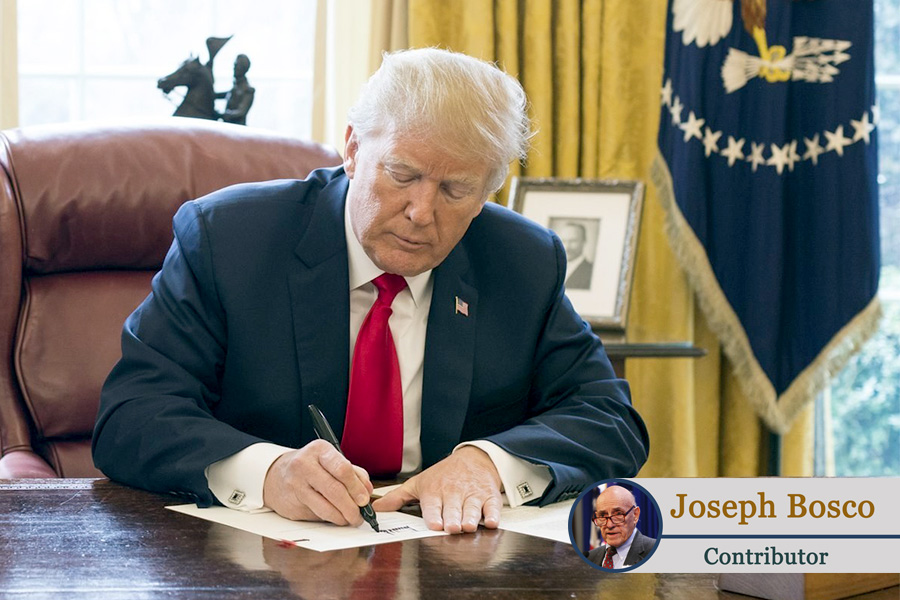 ◎ China scholars and policy practitioners increasingly are accepting a painful and long-denied reality: four decades of Western engagement have failed to induce critical changes in the domestic and foreign policies of the Chinese Communist Party.

China scholars and policy practitioners increasingly are accepting a painful and long-denied reality: four decades of Western engagement have failed to induce critical changes in the domestic and foreign policies of the Chinese Communist Party.

But the experts still avoid facing the logical follow-on reality: Sustainable peace and stability in the Indo-Pacific require (a) regime security in Taiwan and (b) regime change in China.

For Taiwan, this imperative does not mean perpetual rule for any particular party or leader — it does mean preservation of Taiwan’s de facto independence and its democratic system of government.

Similarly, regime change in China does not necessarily mean the end of communist rule through outside intervention or violent internal means. It does, however, require Chinese leaders to make the historic decision to transition to a multi-party political system over a reasonably finite number of years.

Richard Nixon, declaring in 1967 what would become the rationale for his opening to China, made clear the threat that China presents to the world is its communist system: “The world cannot be safe until China changes. Thus, our aim, to the extent that we can influence events, should be to induce change. The way to do this is to persuade China that it must change, that it cannot satisfy its imperial ambitions.”

Nixon saw Western engagement as the only peaceful way to induce such change. “We simply cannot afford to leave China forever outside the family of nations, there to nurture its fantasies, cherish its hates and threaten its neighbors.”

But as president, he viewed the long-term abandonment of Taiwan as the price to be paid to start communist China’s long path to political moderation. His implicit strategic formula was regime change in Taiwan to a communist dictatorship, and then regime change in China to a more moderate, tolerant rule.

By that “realist” reasoning, China must be allowed to swallow one more piece of claimed sovereign territory, having seized Tibet and East Turkestan at the outbreak of the Korean War.  Its aggressive appetite then sated, Nixon seemed to calculate, it would be able to turn to domestic development and more humane policies at home and abroad.

Henry Kissinger, Nixon’s junior partner in the great China project, readily bought into the first step, the part that was enfolded in Nixon’s understanding with Mao Zedong: at some point, Taiwan must be absorbed by China. When Mao told Nixon China could take Taiwan within 50 or 100 years, Kissinger joked to Mao he was surprised the People’s Republic would wait so long.

But Kissinger never had illusions about political reform in China, and had no interest in Washington pursuing that end. As years passed and transformation of the two governments across the Taiwan Strait failed to materialize, the one-time realpolitik partners took divergent courses on regime change in Taiwan and China.

Nixon, the intellectual and political force behind the overture to China, became increasingly concerned that the communist government showed no signs of moderating its world outlook. Still, he wrote in his 1978 memoir that the West must intensify its peaceful efforts to encourage change: “We must cultivate China during the next few decades while it is still learning to develop its national strength and potential. Otherwise we will one day be confronted with the most formidable enemy that has ever existed in the history of the world.”

He visited Beijing in 1989 and met privately with Deng Xiaoping. Upon his return, he sent a deeply pessimistic confidential memorandum to congressional leaders: “Sino-American relations are in the worst condition they have been in since before I went to China 17 years ago.” The two governments, he said, still had “irreconcilable differences” and the gap in their respective perceptions over Tiananmen was “totally unbridgeable.”

Yet, Nixon persisted in arguing against closing China off from the world, repeating that we must not “leave the present and future leaders of China isolated, nurturing their resentments and even hatred of the United States.”

Five years later, not long before his death, Nixon acknowledged real fears about China’s path, confiding to a former speechwriter that “the week that changed the world” may have changed it for the worse. Asked by William Safire whether economic engagement and “our strengthening of [the Chinese] regime [had] brought political freedom,” he responded with a sense of despair, “We may have created a Frankenstein[’s monster].”

On the question of Taiwan’s future, Nixon’s view evolved dramatically. Rather than acquiescing in a Chinese takeover of the island as he, Kissinger and Mao initially contemplated, he saw Taiwan’s democratic system as ruling out that possibility. He wrote in 1994 that Taiwan no longer was a suitable marriage partner for China: “The situation has changed dramatically. … The separation is permanent politically, but they are in bed together economically.”

Kissinger, by contrast, was unconcerned with the longevity of the anti-Western Chinese communist dictatorship. Instead, he was frustrated that Taiwan had not yielded to Beijing’s unification demands. He warned at the Asia Society in 2007 that Taiwan should recognize that “China will not wait forever” for unification. China’s leader Xi Jinping echoed the warning in 2013 when he said, “The Taiwan question cannot be passed from generation to generation.”

In fact, what cannot be passed to future generations is the undeclared state of economic, political, diplomatic and potentially military warfare Beijing is waging against Taiwan, other states in the region, and ultimately, the United States. President Trump should take advantage of his cordial personal relationship with Xi and tell him, as he has done on trade, that the Chinese Communist Party’s game is up.

The first step in a new “America Firm” strategy in Asia is for Washington to declare unequivocally that it will defend Taiwan against any attack or coercion. This defense declaration will be a relief to many in China’s military and civilian leadership. The 2018 Department of Defense Report on China’s Military Power says they must consider only “the possibility of U.S. intervention” before deciding to attack Taiwan. The certainty of war with the United States would take that option off the table.

Next, Trump should tell Xi that China’s communist system ultimately is doomed, for a host of reasons, and the two leaders could work together to ease the gradual transition to a more open and humane political system.

Trump can make it clear that, one way or another, America will pursue a strategy that serves the interests of the region, China and the United States. That means a secure, independent and democratic Taiwan and, eventually, a secure, independent and democratic China, whose respective leaders and people can work out whatever peaceful future suits them. Together, U.S. and Chinese leaders could make this happen, and make the kind of history Nixon envisioned.

Joseph Bosco served as China country director for the Secretary of Defense from 2005 to 2006 and as Asia-Pacific director of humanitarian assistance and disaster relief from 2009 to 2010.  He is a nonresident fellow at the Institute for Corean-American Studies and the Institute for Taiwan-American Studies, and has held nonresident appointments in the Asia-Pacific program at the Atlantic Council and the Southeast Asia program at the Center for Strategic and International Studies.