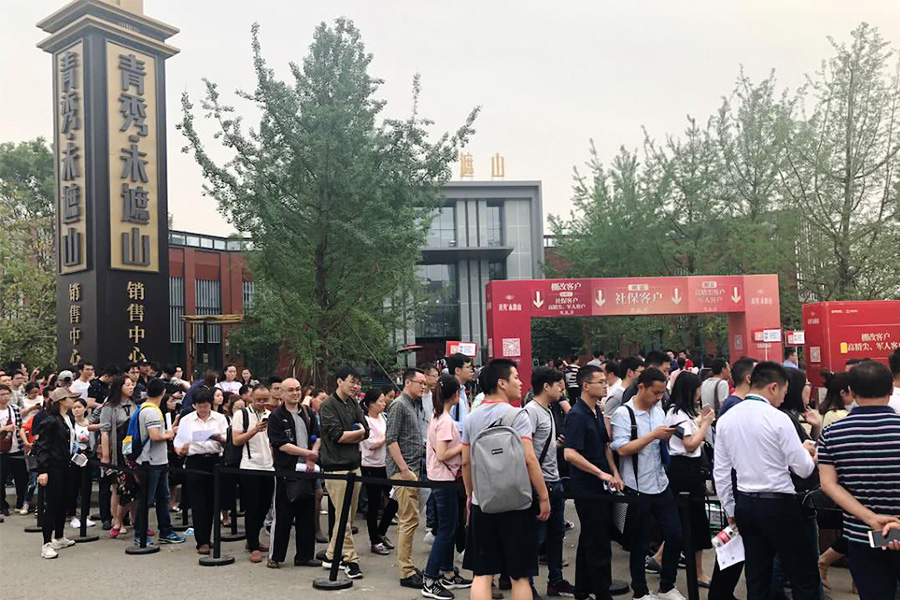 ◎ Chinese markets may expect Beijing to drive property sales to boost the economy as a way to cope with a Sino-US trade war.

On May 16, China’s National Bureau of Statistics released data on the changes in the sales price of commercial housing in 70 large and medium-sized cities in April.

According to the data, housing prices in 58 of the 70 cities saw an increase month-on-month. Prices of second-hand homes in 59 cities also rose from the previous month.

In April, the chances of winning a real estate lottery in Chengdu City was a low as 0.65 percent. In May, a lottery for 1,065 homes attracted over 70,000 people; the queue for the lottery stretched several miles.

The backdrop:
According to China’s fiscal revenue and expenditure data released by China’s finance ministry on May 15, the total national government budgetary revenue from January to April 2018 is 2,055.9 billion yuan ($32.2 billion), a year-on-year increase of 33.7 percent.

Our take:
The central government has always wanted to stabilize housing prices and curb the real estate bubble. However, local governments need to keep selling land to make revenue, and they must continue finding new ways to promote property sales to boost earnings. The recent contest for talent in the large and medium-sized cities is actually a way for local governments to increase population and drive real estate sales.

We believe that the Chinese markets may expect Beijing to drive property sales to boost the economy as a way to cope with a Sino-US trade war. So many Chinese continue to dabble in real estate speculation. However, should the U.S. impose its planned $150 billion in tariffs, it could trigger China’s debt crisis and burst the real estate bubble.

There is a very good chance that the central government could introduce more stringent real estate control measures to prevent a debt crisis. China’s Ministry of Housing and Urban-Rural Development recent survey of 12 cities preempts such a move. Beijing could freeze funds in the property market through restricting sales. To sidestep government controls, home buyers could resort to false marriages and divorces, a development that would worsen China’s social problems.