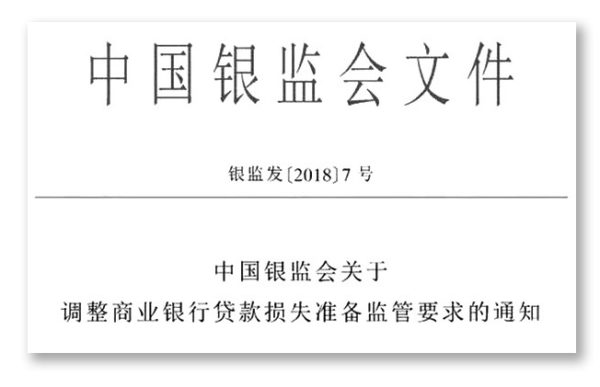 ◎ On Feb. 28, the CBRC issued a notice that reduces the rules governing how much banks must set aside to cover bad loans.

On Feb. 28, the China Banking Regulatory Commission (CBRC) issued a notice that reduces the rules governing how much banks must set aside to cover bad loans.

The provision coverage ratio for commercial banks will be lowered from 150 percent to 120 to 150 percent. Meanwhile, the loan provision ratio will be set at 1.5 to 2.5 percent, down from 2.5 percent.

The CBRC notice said that the rule adjustment was made to encourage commercial banks to step up efforts to dispose of non-performing loans. Banks are also encouraged to reflect the true value of assets and free up more credit for the service sector and the real economy.

Commercial banks are also not to abuse the rule relaxation to issue bonuses and dividends, as well as lower their credit cost ratio.

The big picture:
In April 2017, banking regulators exposed the Chengdu branch of Shanghai Pudong Development Bank for covering up bad loans by illegally extending 77.5 billion yuan (about $12.3 billion) of credit to 1,493 shell companies. In the end, the bank accumulated nearly 10 billion yuan of bad assets. The Chengdu Pudong Bank branch’s illegal operation, however, allowed it to project a healthy financial situation to customers.

This January, the CBRC fined the bank branch 462 million yuan for its violations.

Our take:
The more bad loans China’s commercial banks possess, the higher their loan loss provisions and the more their credit ceilings will be squeezed. Indeed, many commercial banks are concealing illegal loan activity.

So the CBRC’s provision coverage ratio and loan provision ratio reduction will give commercial banks impetus to take the initiative in revealing their non-performing loans, and allow regulators to grasp the scale of financial risks better. Further, the rule relaxation could alleviate some of the liquidity problems that the banks are facing under Beijing’s deleveraging campaign.