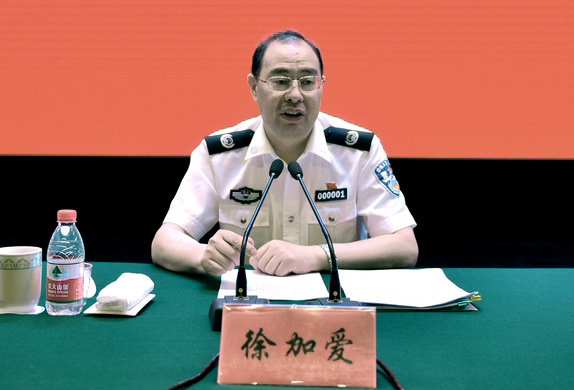 Xu Jia’ai, the Central Committee for Discipline Inspection (CCDI) member who heads the discipline inspection team stationed in the People’s Bank of China (PBoC), published on the CCDI website an article on advancing the “comprehensive governing of the PBoC” on Jan. 30.

The article noted that China’s financial sector present “faces a considerable number of risks” from the “cat and rat league,” “unlicensed drivers,” and “numerous illegal fundraising” cases. These “chaotic” activity has “brought great losses to the people.”

“Cat and rat league” refers to the phenomenon of regulators colluding with lawbreakers, as in the 2015 China stock market turbulence.

On Jan. 28, China’s former finance minister and chairman of the National Social Security Fund Council Lou Jiwei said at a forum that China’s “messy” financial markets face risks more severe than in the United States before the 2008 financial crash. Lou also said that most internet financial companies are “quasi-financial frauds.”

Xu Jia’ai worked in the commerce department for 20 years and served as its director before taking up senior leadership positions in Zhejiang’s Jinhua City in November 2010. After Xi Jinping took office in 2012, Xu was appointed head of Zhejiang’s Public Security Bureau (Xu has no background in the legal and security apparatus). In September 2017, Xu Jia’ai was transferred to his present post in the PBoC.

1. Xu Jia’ai’s article signals Xi’s intend to clean up the financial sector and identifies lax supervision over financial institutions as the reason for China’s current economic troubles. Previously, the Jiang Zemin faction was in control of the financial sector; most of the companies and officials who were investigated for their role in causing the 2015 China stock market crisis are linked with the Jiang faction.

2. Xu spent most of his career in the commerce department, spent five years in the provinces, and did domestic security work for two years before coming into his present job of supervising the central bank. Xi Jinping’s personnel deployment and policy goals can be clearly seen in Xu’s career movement.