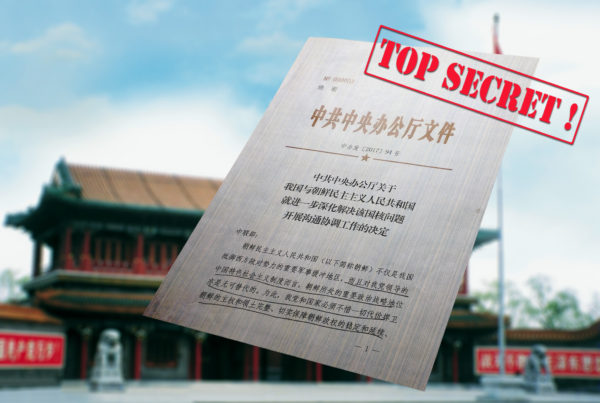 On Jan. 2, the Washington Free Beacon published an “internal party document” by the General Office of the Chinese Communist Party Central Committee. The Sept. 15 document, which was labeled “top secret,” indicated that China would increase aid and military support to North Korea should Pyongyang halt further nuclear testing.

When asked about the document, a Chinese foreign ministry spokesperson called it “fake news.”

Why it matters: If the “secret document” is authentic, it will cast suspicion on the Xi Jinping administration’s public commitment to work towards the denuclearization of North Korea. The Trump administration could also be forced to reevaluate its China policy.

1. Tensions on the Korean Peninsula are rising, and the Trump administration has signaled in recent weeks that it is preparing to use the military option against North Korea. The United Nations has also stepped up sanctions against North Korea for its nuclear provocations.

3. On Dec. 28, President Donald Trump tweeted: “Caught RED HANDED – very disappointed that China is allowing oil to go into North Korea. There will never be a friendly solution to the North Korea problem if this continues to happen!”

4. On Dec. 29, South Korea announced that it had seized a Hong Kong-registered ship that was transferring oil to a North Korean vessel. South Korean authorities detained the 23 Chinese nationals and two Burmese nationals on board the Hong Kong ship.

1. The “secret document” was published after Chinese vessels were caught transferring oil to North Korean ships, a rather “convenient” timing. Regardless of the document’s authenticity, its publication points towards a serious fracture in the Chinese leadership on the North Korean issue and suggests an escalation in an ongoing factional struggle (neidou). A plausible motive behind the document’s publication could be to drive a wedge between Trump and Xi Jinping, who appear to enjoy a cordial friendship.

2.4. As mentioned above, the “secret document” tasked the International Liaison Department to coordinate the work of the Ministry of Foreign Affairs and the Ministry of Commerce. Yet the foreign ministry and the commerce ministry, which are set to play key roles in the “North Korea work,” were not included in the list of departments that the document should be forwarded to in the appropriate section at the bottom of the document, a glaring omission.

2.5. The “secret document” states that Beijing’s order for Chinese banks to stop doing business with North Korea is only limited to “banks directly controlled by Party central and regional banks.” However, the Party doesn’t directly control the Big Four state banks. Rather, the state-owned banks come under the purview of the State Council via the Ministry of Finance and Central Huijin Investment.

2.6. According to the “secret document,” China is offering to improve North Korea’s “defensive military build-up” (the Chinese characters “jian she” refers to more than just static “construction”) by supplying Pyongyang with “advanced mid- and short-range ballistic missiles” and “high-end military science and technology.”

China’s mid-range DF-21 missile has a range of about 1,300 kilometers while the DF-25 missile has a range of 3,200 kilometers. This means that China’s mid-range missiles hardly qualify as “defensive” weapons since South Korea and Japan are well within range of a North Korean attack. The U.S. island territory of Guam is also barely within range, something that America won’t tolerate. 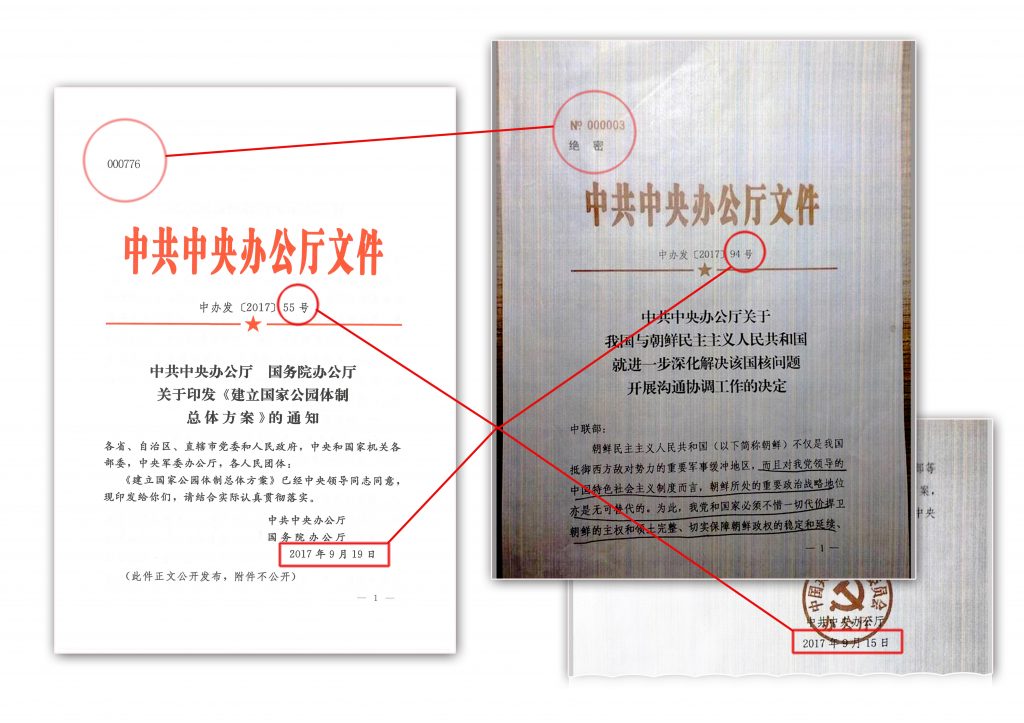 2.8. The “secret document” as made available by the Free Beacon is missing the mandatory 2D barcodes that should be affixed to all official documents.

3. Bill Gertz, the author of the Free Beacon “secret document” article, had moderated an event by fugitive Chinese billionaire Guo Wengui at the National Press Club on Oct. 5. During that event, Guo circulated a “secret document” that was just as unverifiable and irregular as the one that Gertz had written about in his Jan. 2 article.

Guo may or may not be the provider of the “secret document” on North Korea. Regardless, we believe it is worth repeating our earlier caution: “If anyone at this point in time still buys into Guo Wengui’s claims, they may find themselves caught in an international controversy, just like the Voice of America.”