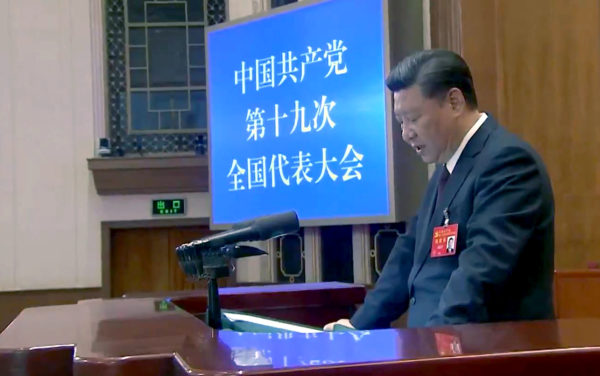 ◎ How state media positions Xi is a key benchmark of his actual political strength.

Early in the morning on Nov. 17, state mouthpiece Xinhua News Agency published a 14,000-character article titled, “Xi Jinping: Guide of the New Era” which lauded and summarized Xi’s achievements in the past five years. Much ink was devoted to the results of the anti-corruption campaign and explaining the difficulty of implementing reform.

The backdrop: The Xinhua article appears to be part of Xi’s post-19th Party Congress propaganda drive to publicize his elevated status in the Chinese Communist Party (CCP). Propaganda teams have spent the past three weeks touring government departments and military units to “implement the spirit of the 19th Congress” in study sessions. (See our Nov. 16 article.)

Why it matters: The inclusion of “Xi Jinping Thought” to the CCP constitution at the 19th Congress places Xi above Jiang Zemin and Hu Jintao in political standing, and at least on equal terms with Deng Xiaoping. Xi, however, needs to make sure that Party cadres and the public are acutely aware of his absolute authority if he is to properly put it into effect, and hence the propaganda drive.

How state media positions Xi is a key benchmark of his actual political strength.