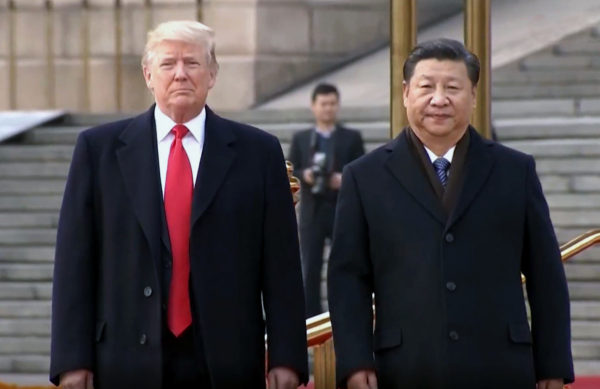 President Donald Trump visited China from Nov. 8 to Nov. 10 as part of his 12-day Asia tour. He was cordially received by Xi Jinping—highlights include a private tour of the Forbidden City and a tea session in an imperial building that was funded by the United States government under President Theodore Roosevelt. Both Trump and Xi gave face to each other, as evidenced by the deals and understandings which Trump got for the U.S.

Here are three key takeaways from Trump’s trip to China.

1. China and the U.S. are in sync on North Korea

During a Nov. 9 press briefing at Beijing’s China World Hotel, Secretary of State Rex Tillerson said that Xi and the Chinese delegation “have been very clear and unequivocal they will not accept a North Korea with nuclear weapons.” Trump and Xi also had a “very, very detailed exchange” on what the U.S. and China were doing about reining in the Kim Jong Un regime’s nuclear ambitions. On Nov. 11, Trump tweeted that Xi is “upping the sanctions” against North Korea.

The close Sino-U.S. coordination in Beijing stood in contrast to the situation in March when Trump tweeted in March that “China has done little to help” with the North Korean nuclear issue.

Commerce Secretary Wilbur Ross announced that U.S. companies had signed $250 billion worth of business agreements and deals in China. The deals involve firms like Boeing, Caterpillar, General Electric, and Qualcomm, as well as agricultural products and natural resources products like soybeans and natural gas.

During a bilateral meeting and a press conference, Trump said that the massive U.S. trade deficit to China was caused by the “incompetence” of previous U.S. administrations instead of faulting China as per his rhetoric as a presidential candidate. Tillerson later explained Trump’s statement during his press conference.

During a press conference on Nov. 9, Trump said that he and Xi had discussed the “deadly drug trade” of China manufactured fentanyl into the U.S. which had destroyed “lives in the millions.” Trump added that he and Xi are focusing “very strongly” on tackling the issue.

According to the Centers for Disease Control, an estimated 20,000 Americans were killed by fentanyl in 2016. In August, Trump declared the opioid crisis a “national emergency.”