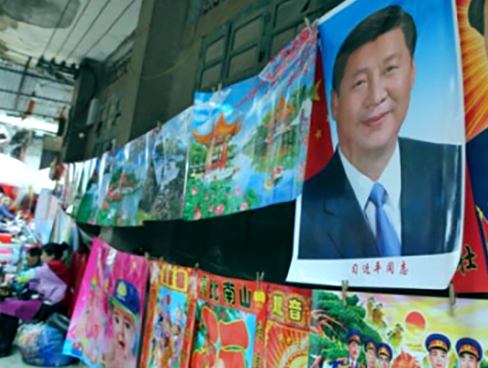 ◎ Huang’s article appears to be part of a propaganda campaign to give prominence to Xi’s elevated authority in the CCP.

New Chinese Communist Party Propaganda Department director Huang Kunming has been actively making speeches and publishing articles since the 19th Party Congress. In an article for the People’s Daily that ran on Nov. 16, Huang described Xi Jinping as a “great Party leader,” a “great national leader,” and the “people’s leader.”

The backdrop: Huang’s article appears to be part of a propaganda campaign to give prominence to Xi’s elevated authority in the CCP. (See our Nov. 16 article.)

Our take: The adding of “Xi Jinping Thought” to the Party constitution gives Xi’s increased powers, but he has to drive it home through a propaganda campaign to make that power unmistakable to the Party cadre corps.

Xi’s propaganda drive is aided by the fact that his trusted allies, Huang Kunming and Wang Huning, now occupy the top propaganda positions in the CCP. Previously, the Jiang Zemin faction controlled the CCP propaganda apparatus through Liu Yunshan and Liu Qibao, and they frequently sought to undermine Xi’s standing during his first term in office.