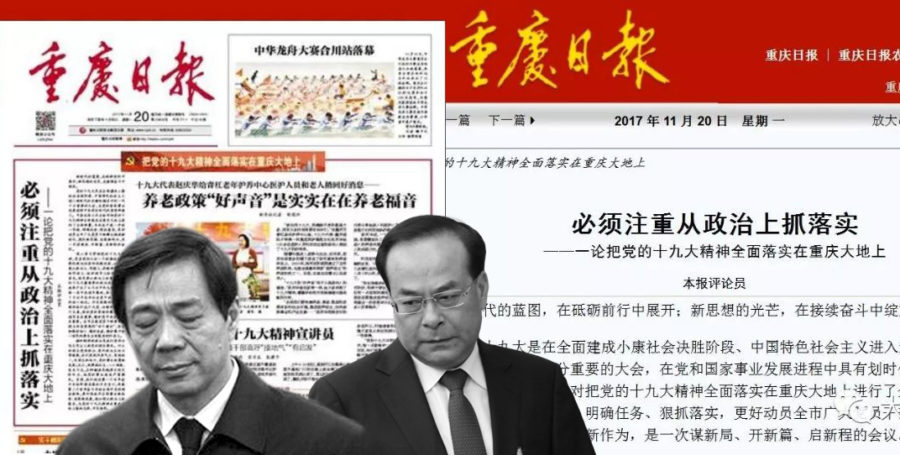 ◎ Senior Party leaders have recently been stressing the need for officials to get their politics right.

Chongqing Daily, the government-controlled press of Chongqing, criticized two of the city’s former Party secretaries in a frontpage article on “paying heed to political implementation” that ran on Nov. 20.

Bo Xilai was accused of “raising his own flag, tried to be a maverick, and established an independent kingdom,” according to the newspaper article. Meanwhile, Sun Zhengcai “practiced lazy and indolent politics, deceived superiors and bullied underlings, and passively enforced decisions from Party center.”

The Chongqing Daily article wrote that lessons should be learned from Bo and Sun’s downfall and efforts should be made to weed out their “residue poison” in Chongqing. The article also called for the safeguarding of Xi Jinping’s core status.

The big picture: Senior Party leaders have recently been stressing the need for officials to get their politics right.