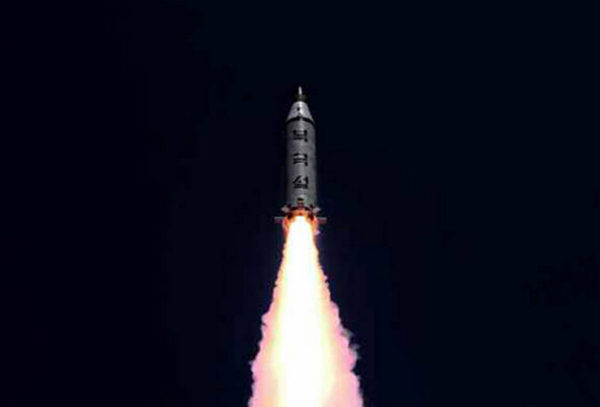 ◎ We wrote earlier that Kim may be rejecting Xi’s authority and is still in alliance with the Jiang Zemin faction.

The intercontinental ballistic missile flew about 620 miles and landed into the Sea of Japan, according to the Pentagon.

In response to the test, President Donald Trump told reporters at the White House, “we’ll take care of it.” North Korea “is a situation that we will handle,” he said.

The backdrop: Pyongyang’s latest test launch comes after Xi Jinping’s special envoy to North Korea returned to Beijing without being able to meet Kim Jong Un, and after Trump returned North Korea to the list of states that sponsor terrorism.

On Nov. 25, the People’s Liberation Army’s 78th Army Group carried out a training exercise. The 78th Army Group is part of the Northern Theater Command, which is responsible for defending the area along the China-North Korean border. (See our Nov. 28 article.)

During the recent Trump-Xi summit, both leaders declared their intent to denuclearize North Korea.

1. We wrote earlier that Kim may be rejecting Xi’s authority and is still in alliance with the Jiang Zemin faction. The latest missile launch verifies our analysis. (See our Nov. 20 article.)

2. Trump’s reaction to the launch and China’s recent military training exercise suggests that a Sino-US military response is not out of the question.