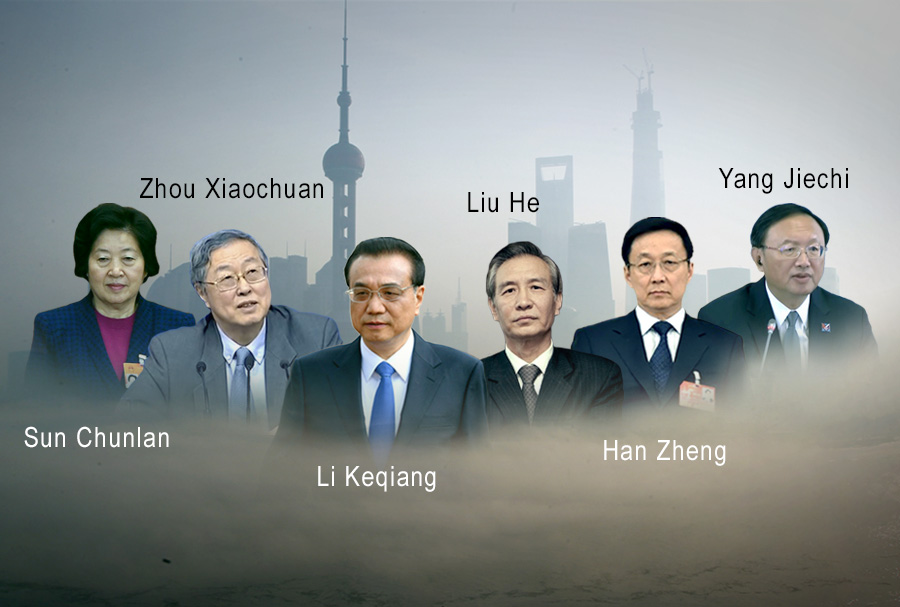 ◎ Economic reform is a top priority for Xi, but he faces stiff internal opposition.

Six officials are responsible for overseeing the direction of China’s economy. And five of the six have been replaced at the recently concluded 19th Party Congress.

Why it matters: In the West, politics is at the service of the economy. In China, however, the Chinese Communist Party (CCP) controls the economy. So one of the keys to deciphering the future directions of China’s economy is the study of personnel and personnel movements.

The key personnel overseeing economic and financial matters include the State Council premier and four vice premiers, as well as the central bank governor.

The big picture: Over the past five years, Xi Jinping and Li Keqiang appear to be “all talk, no action” on the issue of economic reform because they face stiff opposition and resistance from rival factions inside the CCP. Xi has been trying to cut through the inertia by purging the members of opposing factions via his anti-corruption campaign and installing trusted allies into key positions.

Our take: Here is our forecast of the Chinese officials who will handle the economic portfolio for the next five years:

1. Xi Jinping’s rivals may have a slight edge over economic matters

3. If Guo and Liu He get the portfolios we listed above, they will be well-positioned to implement Xi’s plans for financial sector reform.

4. Economic reform is a top priority for Xi, but he faces stiff internal opposition.

Contact us to learn about our officials perspective analysis.