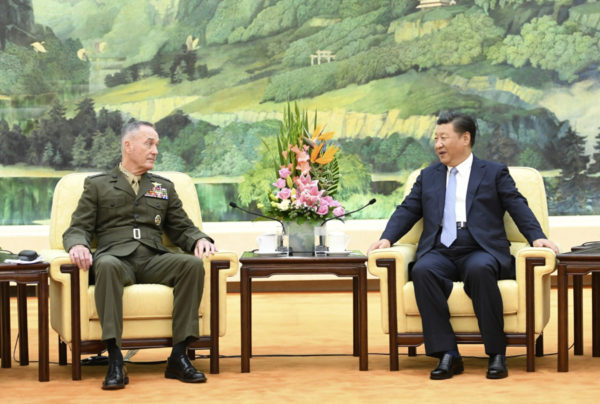 On August 15, U.S. Joint Chiefs of Staff General Joe Dunford and his Chinese counterpart Fang Fenghui signed an agreement aimed at improving communications between the militaries of the U.S. and China in times of crisis.

Context: North Korea leader Kim Jong Un wants his rogue regime to be a nuclear power, and has stepped up intercontinental ballistic missile testing this year.