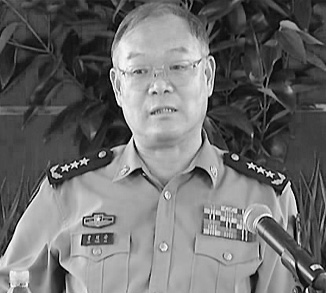 ◎ Jia Tingan has been left out of the official list of delegates to the upcoming 19th Party Congress.

General Jia Tingan, a high-ranking senior military officer and former top aide of ex-Communist Party leader Jiang Zemin, has been left out of the official list of delegates to the upcoming 19th Party Congress.

Why it matters: Jia’s exclusion suggests that he is almost certainly in trouble, and that the Jiang faction is on the wane.

Jia’s exclusion corroborates our January intel from Chinese military insiders that he and 46 other senior generals have been sidelined for their association with disgraced military vice chairs Guo Boxiong and Xu Caihou. Guo and Xu were elite Jiang faction members, and oversaw the proliferation of corruption in the military, including the selling of top officer ranks for millions of dollars. Chinese leader Xi Jinping has spent the past five years ridding the military of Jiang faction cronies.

Jia (65) could be retiring this year, but it is a Party norm for outgoing senior officers to attend the Party Congress and see out the rest of their term before leaving. For instance, 70-year-old military vice chair Fan Changlong will be attending the upcoming Party Congress.

A long mentor-protege relationship: Jiang Zemin and Jia Tingan have a working relationship stretching back to the early 1980s.

In 1982, Jia served as Jiang’s secretary (mishu) when the latter headed the Ministry of the Electronics Industry, and again in 1985 when Jiang became mayor of Shanghai. Secretaries, or mishu, to high-ranking officials in the Communist Party are considered very influential themselves.

When Jiang became Party leader, he brought Jia with him to Beijing to serve in the Office of the General Secretary and the top military organ’s office. Although Jia had no military background, he received military ranks, and eventually achieved the highest rank of general in 2011. Jiang also put Jia in charge of several important military portfolios, including a head of the Central Military Commission’s General Office and deputy director of the Political Work Department.