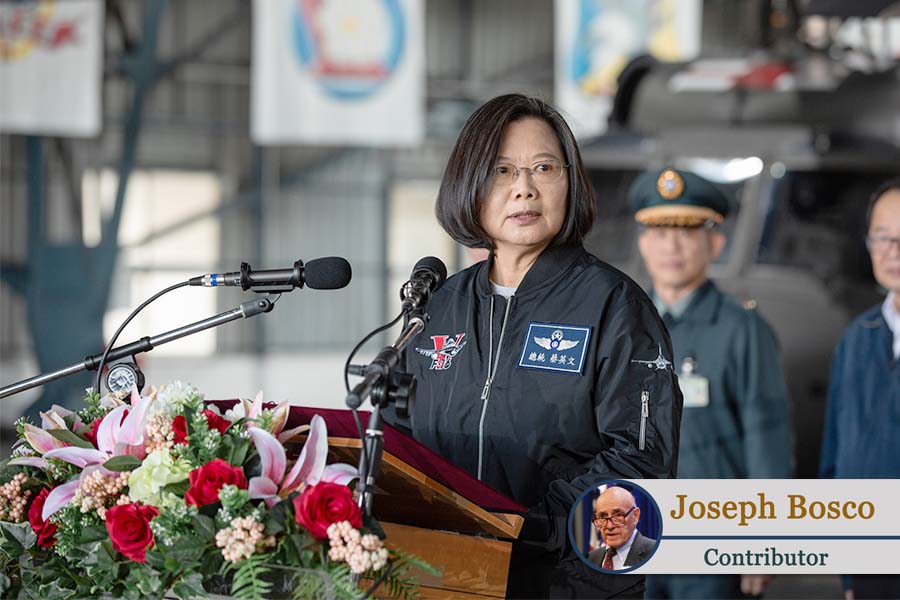 ◎ Trump could strike a decisive blow for political reform in both China and North Korea by seizing on the building congressional momentum on human rights.

Americans weary of the deep partisan divide over impeachment, health care, immigration and just about every other major issue in this election year can take heart in Congress’s consideration of the Tibetan Policy and Support Act.

The legislation, which supports the distinct national, cultural and religious identity of Tibet as an autonomous region of China, is backed by overwhelming bipartisan majorities and demonstrates that Republicans and Democrats can come together on at least some foreign policy issues.

It was introduced in the House by Rep. James McGovern (D-Mass.), co-chair of the Congressional-Executive Commission on China, and in the Senate by co-chair Sen. Marco Rubio (R-Fla). The two have worked cooperatively together on a range of China-related issues.

The House debate was led by McGovern for the Democrats and Rep. Michael McCaul (R-Texas) for the Republicans and was replete with expressions of mutual appreciation for the other side’s commitment to human rights and religious liberty in China.

The Tibet legislation passed the House by a vote of 399 to 22, and is expected to receive overwhelming support in the Senate. The favorable attention to the human rights situation in Tibet follows the pattern established by Congress in previous China-related acts passed with near-unanimity.

In December, Congress passed the Uighur Intervention and Global Humanitarian Unified Response and Protection Act of 2019. The purpose of the legislation was “to condemn gross human rights violations of ethnic Turkic Muslims in Xinjiang, and [to] call … for an end to arbitrary detention, torture and harassment of these communities inside and outside China.” It passed the House by a 407-1 vote.

The legislation followed yet another bipartisan measure that supports Hong Kong’s monthslong pro-democracy movement. It requires the State Department to conduct an annual review to ensure that the territory’s autonomous political structure is maintained as a condition for continuing favorable U.S.-China trade relations. Passed overwhelmingly and signed into law by President Trump, it authorizes the U.S. to impose sanctions on officials responsible for human rights violations in Hong Kong.

In all these actions — on Tibet, the Uighurs and Hong Kong — the House of Representatives and Senate have demonstrated their agreement with the work of the Rubio-McGovern China Commission, which states as its underlying principle: “U.S. foreign policy must prioritize the promotion of universal human rights and the rule of law in China, not only to respect and protect the basic dignity of the people of China, but to better promote security and prosperity for all of humanity.”

In parallel with the legislative measures that address the human rights issues in China, Congress repeatedly has taken action to support the democratic security of Taiwan. It passed the Taiwan Travel Act (TTA), which encourages high-level visits and exchanges between American and Taiwanese officials to reaffirm the commitment expressed in the Taiwan Relations Act of 1979.  The president signed the TTA into law over China’s strong objections.

McCaul, joined by Rep. Eliot Engel (D-N.Y.), introduced the Taiwan Assurance Act of 2019 calling for a fresh review of bilateral relations with Taiwan, “with the intent to deepen and expand United States-Taiwan relations … based on the value, merits and importance of the United States-Taiwan relationship.” The measure notes that “Taiwan is a free and open society that respects universal human rights and democratic values,” and passed the House by a voice vote.

The 2020 National Defense Authorization Act (NDAA) includes a provision requiring the Director of National Intelligence to submit a report to Congress on Chinese interference in Taiwan’s Jan. 11 election. The report is due before the end of February.

For Xi, it means that Congress, reflecting American public opinion, has no further tolerance for the Chinese Communist Party’s grievous mistreatment of the people it rules in violation of all international norms, and its aggressive ambitions toward Taiwan.  Other countries as well are expressing their distaste for Beijing’s domestic governance as the Chinese Communist Party edges precariously toward international pariah status.

President Trump should ensure that his administration faithfully carries out all of Congress’s human rights and Taiwan mandates. They strengthen his hand in dealing with the Chinese Communist regime, and their cumulative effect provides a unique opportunity for him to grasp the leadership role on human rights with a willing and supportive Congress behind him.

Trump’s “maximum pressure” campaign against North Korea included moral condemnation of its atrocious human rights record, virtually declaring that the Kim Jong Un regime is unfit to govern. That threw a scare into Kim and opened the door to the possibility of serious denuclearization talks. Regrettably, the advantage was forfeited with the diplomatic lovefest and Xi’s intervention to stiffen Kim’s spine.

Trump could strike a decisive blow for political reform in both China and North Korea by seizing on the building congressional momentum on human rights.

The opening is widened by global resentment at Beijing’s mishandling of the coronavirus epidemic. The regime’s inclination to favor government secrecy over the free flow of essential public information was a major factor in the spread of earlier pandemics and public health crises with SARS, swine flu, bird flu, and HIV/AIDS.

President Trump should call on Xi to emulate the model performance of Taiwan on all those earlier urgent challenges, and to take advantage of its superlative expertise in public health. Allowing Taiwan to participate fully in the World Health Organization would afford Xi the opportunity to make a badly-needed demonstration of statesmanship and meet China’s obligation to the international community.

Trump should encourage his Chinese friend to act responsibly and respond to the wake-up calls he is receiving from Congress and the global community.