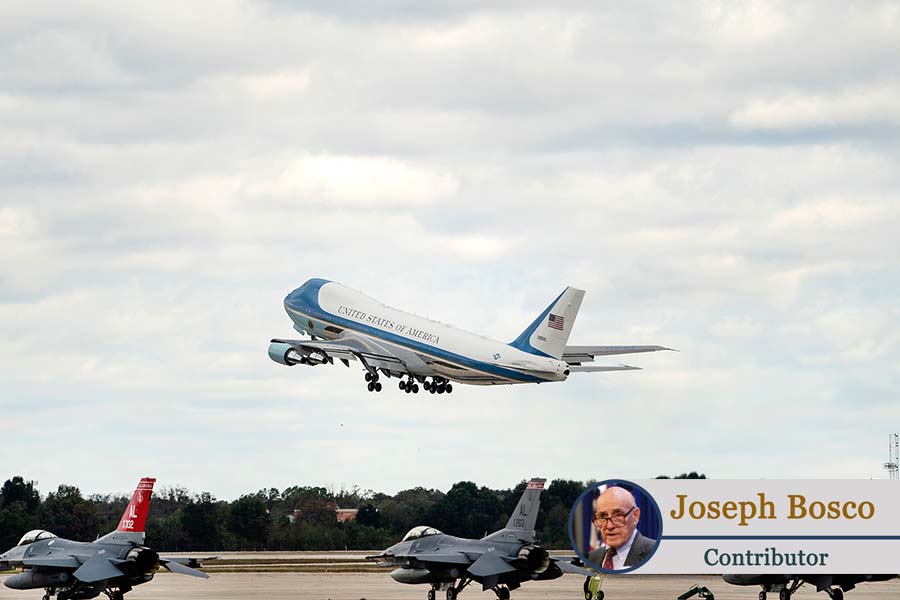 After Syria Debacle, US Needs to Recommit to Indo-Pacific

◎ After the tragic Syria mistake, Washington cannot afford strategic ambiguity on Taiwan or any other place in Asia that is threatened by China or North Korea.

The Trump administration is struggling to undo the catastrophic damage caused by the president’s precipitous withdrawal of U.S. forces from Syria.

Some of it is irreparable, such as the losses in dead and maimed. Nor will the Russians and Syrian government forces now moving into the areas abandoned by the Americans be pushed out anytime soon.

The third price America is paying — its reputation as a reliable ally in the region — will only be partially reversed if the administration imposes sanctions strong enough to severely punish the Erdogan regime and cause Turkey to halt its brutal aggression against the Syrian Kurds or, even less likely, to retreat from the newly-occupied areas.

The impact of President Trump’s rash action is magnified because it builds on the regional blunders of the Obama administration. That president authoritatively announced in 2011 that Syrian President Bashar al-Assad “must step down,” and then for the next five years President Obama did nothing to achieve that policy objective. In fact, his policies worked in the opposite direction, ensuring Assad’s survival by allowing Russia to gain an unprecedented strategic foothold in the Middle East.

Similarly, Obama warned Assad that using chemical weapons against the Syrian people was a U.S. “red line” that would trigger a major response. Assad is still there, while 400,000 Syrians who heard and believed the American president are not, and millions more have fled to Europe, creating new security issues there.

The fourth cost of the tragic Syria episode is the most far-reaching — the lessons other tyrants are learning from these presidential retreats, particularly in Asia where the United States, its allies and its security partners face their gravest threats. There, the harm to America’s credibility as a serious ally and security partner has been compounded by President Trump’s statements defending his decision.

His rationale for deserting the Kurds, loyal allies, was shockingly simple: “Turkey has wanted to do this for many years.” That is an ominous message for northeast Asia where the communist regimes in China and North Korea long have harbored their own historical grievances and territorial ambitions.

North Korea, with China’s indispensable assistance, already invaded South Korea once, in 1950, triggering a three-year war to reunify the Korean Peninsula under the rule of the Kim family dynasty. Pyongyang has never given up on that strategic goal.

China’s aggressive intentions are even more extensive. It wants unification with Taiwan, which the People’s Republic has never ruled. Beijing also covets the Senkaku Islands administered for decades by Japan. And, in recent years, it has made sweeping claims over the entire South China Sea and seized a Philippines island despite a United Nations arbitral tribunal ruling that its position is entirely without legal or historical merit.

If longstanding aggressive intentions justified Ankara’s incursion against the Kurds, Beijing and Pyongyang could reason they are entitled to the same U.S. deference for their territorial ambitions.

As the president put it in justifying his action: “Anyone who wants to assist Syria in protecting the Kurds is good with me, whether it is Russia, China, or Napoleon Bonaparte. I hope they all do great, we are 7,000 miles away!”

The last time Washington declared South Korea and Taiwan outside its security perimeter, the Korean War erupted. British Prime Minister Neville Chamberlain infamously dismissed Adolf Hitler’s designs on Czechoslovakia as “a quarrel in a faraway country between people of whom we know nothing.”

The administration’s newly-promulgated national security documents, all consistent with President Trump’s own original instincts, make clear that the new focus will be directed at the great-power threats from China and Russia, and to a lesser extent, North Korea. Middle East conflicts are considered a distraction that no longer can be afforded.

But it is now incumbent on the administration to manifest that security shift by dramatically demonstrating, in words and deeds, its renewed commitment to the Asia theater. There is no better way to start than to declare unequivocally that the United States will defend Taiwan against Chinese Communist aggression.

After the tragic Syria mistake, Washington cannot afford strategic ambiguity on Taiwan or any other place in Asia that is threatened by China or North Korea. The president could demonstrate that commitment by deploying to Taiwan the small contingent of security forces that once protected the Kurds.