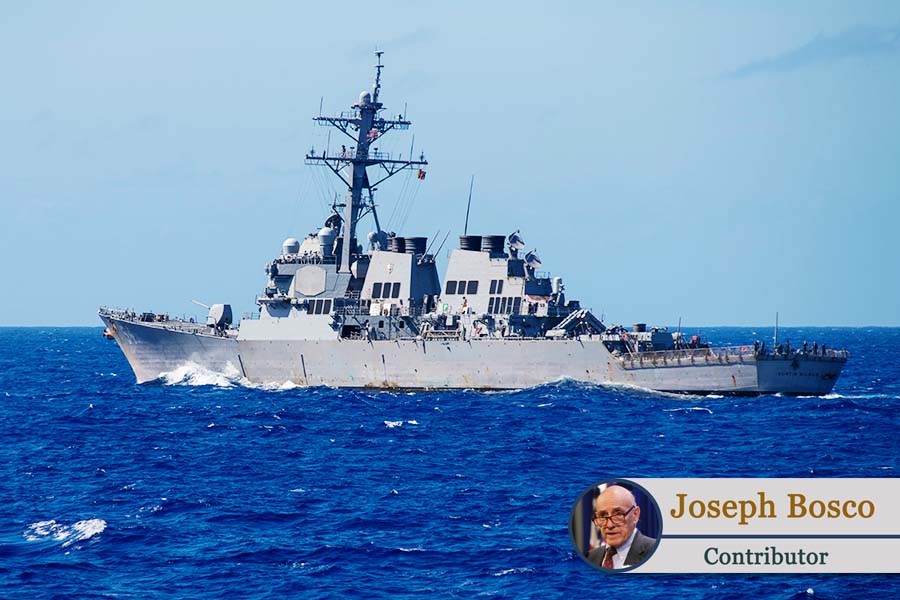 ◎ As tensions rise in this new quasi-cold war period, the Coast Guard is edging closer to a continuing wartime relationship with the Navy.

The new cold war with China is on. This week, China will celebrate the 70th anniversary of its People’s Liberation Army Navy (PLAN) by flaunting its naval might in a parade of ships off the port of Qingdao to impress and intimidate countries from the region and around the world.

Meanwhile, the white and orange ships of the United States Coast Guard are joining the gray hulls of the U.S. Navy in the “gray zone” waters of the South China Sea. Their mission: to assist in confronting increasingly aggressive maritime activities by the PLAN.

The Coast Guard deployment is an astute Trump administration response to the military component of the global offensive China has been waging unilaterally against the United States without serious pushback from previous administrations.