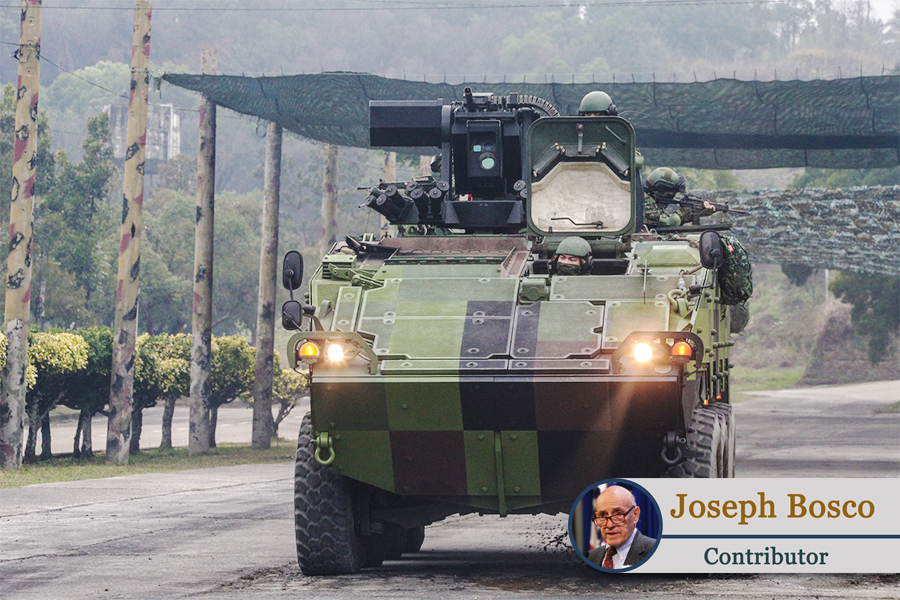 The End of Strategic Ambiguity on Taiwan?

◎ Is the United States government about to declare a clear and firm commitment to defend Taiwan?

Is the United States government about to declare a clear and firm commitment to defend Taiwan?  At long last, after decades of strategic ambiguity, will Beijing be put on public notice that an attack on Taiwan will certainly mean wading into a conflict with America that could readily escalate into outright war?

That seemed to be the message implied in testimony from a former Department of Defense official before the Senate Armed Services Committee last week, assuming he was authorized to speak for the administration.

Elbridge Colby, a former deputy assistant secretary, offered the committee an unclassified review of the classified National Defense Strategy (NDS) promulgated by Secretary James Mattis last year. Colby, who is now with the Center for a New American Security, testified unequivocally: “The United States is committed to the defense of Taiwan against unprovoked aggression.”

Then, in making a general point about extended defense, he singles out Taiwan for special mention: “It is in the U.S. interest to continue to be able to effectively and credibly defend our allies and established partners such as Taiwan, in concert with their own efforts at self-defense.”

These statements go beyond the language of the Taiwan Relations Act(TRA) which, while calling the use of force or coercion against Taiwan “of grave concern to the United States,” pledges only “to provide Taiwan with arms of a defensive character.”

Since the enactment of the TRA in 1979, Washington has declined to state whether it would go further than providing self-defense weapons to Taiwan and actually join the fight itself.

In fact, during the 1995-96 Taiwan Strait missile crisis, China’s military officials asked Assistant Defense Secretary Joseph Nye directly whether America would intervene in a China-Taiwan conflict. Nye responded: “It would depend on the circumstances.” No subsequent U.S. official has been willing to remove the ambiguity and Beijing has used it to justify a massive military buildup to dissuade Washington from seriously considering that option.

Colby’s statement, by contrast, contained no such hedge words — or did it? Chinese officials and American skeptics might seize upon the phrase “unprovoked aggression.” Why the qualifier?  Aggression is aggression, defined by international law as the unjustified use of force not undertaken in individual or collective self-defense or pursuant to a Security Councilresolution.  Mere self-descriptive words by Taiwan, particularly if they were not universally honored diplomatically, are not recognized as a legitimate casus belli.

Could the term have been diplomatic code to warn Taiwan’s government officials not to take any “provocative” actions that could destabilize the cross-Strait situation, such as declaring Taiwan’s formal independence from China or moving in that direction?

When former Taiwanese President Chen Shui-bian proposed a law in 2003 that could have led to a referendum to decide that very question, Washington officials were irate and sent stark signals that if Taiwan precipitated conflict with China, it could not count on American support and would be on its own. Taiwan’s voters decided not to take the chance.

However, Beijing presumes to impose a far broader standard to justify using force against Taiwan. Its Anti-Secession Law, passed in 2005 after Chen’s reelection, included as a rationale for war the mere failure of Taiwan to move toward unification with China. The Taiwanese people, having been liberated from the anti-communist dictatorship that ruled Taiwan for some 30 years after World War II and China’s civil war, are in no mood to accept an even less benign communist dictatorship.

It is safe to assume that President Donald Trump — unlike Xi Jinping — does not consider Taiwan’s present de facto independence as “provoking” Chinese aggression. And that would include the statement of President Tsai Ing-wen that Taiwan does not accept the “one country, two systems” formula Beijing has used to erode Hong Kong’s promised self-government.

The question, however, is whether the Colby testimony reflects actual administration policy. The language in former Secretary Mattis’s unclassified Summary of the NDS, is not nearly so clear on the subject of Taiwan — in fact, it doesn’t mention it at all.

It does identify Russia and China as “revisionist powers [that] want to shape a world consistent with their authoritarian model.” It notes that they employ similar approaches in their respective regions. “Russia use[s] . . . emerging technologies to discredit and subvert democratic processes in Georgia, Crimea and eastern Ukraine.”

The document includes as one of the “defense objectives … defending allies from military aggression and bolstering partners against coercion.” But Taiwan has not been a formal U.S. ally since President Carter abrogated the Mutual Defense Treaty in 1979. As only a partner, then, can it expect merely to be “bolstered against coercion,” rather than actually defended, if attacked?

If the Colby testimony accurately reflects what is stated in the official, classified version of the NDS, as opposed to the unclassified summary, it is a big step forward in clarifying Washington’s defense commitment to Taiwan. But Beijing can still see some tempting wiggle room. To achieve the full deterrent effect, it needs to be stated publicly by President Trumpor another high-ranking administration official. Even Xi may appreciate the clarity that will help him avoid a fatal strategic blunder on Taiwan.

Assistant Defense Secretary Randall Schriver spoke at George Washington University this week on the U.S. response to China’s security challenges. Asked what the United States can do to help protect Taiwan, beyond providing it with defensive weapons, he noted that the Taiwan Relations Act also mandates that the United States maintain the capacity to resist any resort to force or coercion against Taiwan, and that the Defense Department is meeting that obligation.