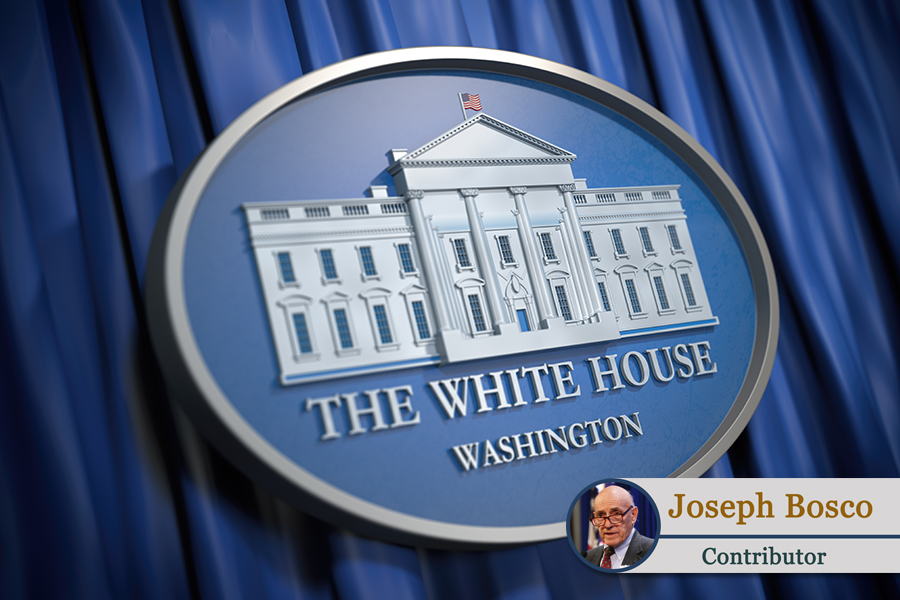 Post-shutdown, Trump Must Get Tough with Foreign Adversaries

◎ History has taught that an American president’s credibility on a major U.S. domestic issue can be transferable to tests of will in the international arena, for good or ill.

History has taught that an American president’s credibility on a major U.S. domestic issue can be transferable to tests of will in the international arena, for good or ill.

When Ronald Reagan assumed the presidency in January 1981, the Cold War was in full force.  The leaders in Moscow, China and other hostile states had reason to wonder whether Reagan’s record of hard-line rhetoric would be backed up in office by actual foreign policy decisions.

Instead, the first test of presidential will came on a purely internal issue when the nation’s air traffic controllers, in a labor dispute with the Federal Aviation Administration, went on strike in direct violation of United States law. Reagan issued a blunt ultimatum: Go back to work within 48-hours or lose your jobs.

With the operation of the nation’s air traffic control system and its vital role in the American economy at stake, the controllers’ union called Reagan’s bluff. It turned out he wasn’t bluffing and, when the deadline passed, he summarily fired all 11,359 of the striking controllers.

Observers at home and abroad were shocked by the drastic action, but the FAA’s contingency plans kept disruption of the system to a minimum as supervisors assumed controller duties.

The message to America’s foreign adversaries was that this president’s words were to be taken seriously. Even as he reversed the détente policies of his Cold War predecessors, Reagan’s assertive approach was not directly challenged by any hostile power for the balance of his two terms.

By contrast, President Donald Trump’s handling of the partial government shutdown and its denouement have been widely perceived as a “humiliating defeat” and an admission that he may have been bluffing all along. Accurate or not, unfriendly leaders in Beijing, Pyongyang, Moscow, Damascus and Tehran may think this is a good time to take advantage of a weakened U.S. president with a hostile Congress and divided population.

The administration certainly must prepare for such eventualities and be ready to respond effectively. It may even wish to consider taking the initiative to disabuse unfriendly governments of any misconceptions that the U.S. commander-in-chief is politically paralyzed.

Measures available to the president fall well short of preemptive military action — except possibly in Venezuela if Nicolas Maduro uses violence against the people. There is a long menu of administration options from which to choose. Reversing the withdrawal of U.S. forces from Syria would be a good place to start, since that decision — long before the government shutdown — already had raised serious questions about Trump’s staying power. In a reverse twist, House Speaker Nancy Pelosi (D-Calif.) may even have taken her cue from that foreign policy retreat.

Tightening, rather than loosening, sanctions on Russia would reinforce Washington’s intolerance for Moscow’s aggression in Crimea and Eastern Ukraine. A strong public warning against further Russian moves in the region would be immensely useful — including affirmation that NATO will defend Estonia if its sovereignty is infringed.

China has been the most provocative in waging a new cold war against the West, and on a broader range of issues. That provides a number of potential targets for firm presidential initiatives. The administration already has invigorated the weak Obama response to Beijing’s aggression in the South China Sea by a stepped-up program of Freedom of Navigation Operations.

Xi Jinping’s escalating rhetoric and military exercises against Taiwan demand a strong American response and the president has begun to provide it by sending the U.S. Navy through the Taiwan Strait with increasing frequency. There probably have been more transits in the past few months than in the entire previous decade. More can be said and done to prevent any Chinese miscalculation regarding Washington’s intention to stand by Taiwan — with military force if necessary.

In the meantime, the president should hold firm in negotiations with China on trade and with North Korea on denuclearization. It would increase his leverage, and be morally correct, if he would stun those governments by reviving his earlier powerful denunciation of the deplorable human rights situation in North Korea. Those major speeches — with the implied threat of regime change — probably helped bring about at least a partial change in attitude. Reinforcing that message would help move talks in the right direction and would be beneficial in its own right.

It also is past time to start calling attention to China’s treatment of Chinese dissidents and of foreign individuals and governments who seek to abide by and enforce international law. Beijing must be discouraged from relying on the West’s past moral restraint, and the Chinese people must be aroused to protest the shame China’s Communist Party has brought in their name.

Reagan succeeded in meeting the existential threats of his era not only by his determination to keep America militarily superior, but by his willingness to deploy its moral authority and to inspire others to follow. Freedom, human rights and democracy are America’s edge in these ideological struggles. This president has only occasionally invoked them but he still can make them his trump cards.

Trump’s political opposition would find little to oppose in that approach, and the American public would rally behind it. It is even possible that America’s adversaries would welcome knowing there are lines beyond which they dare not venture.