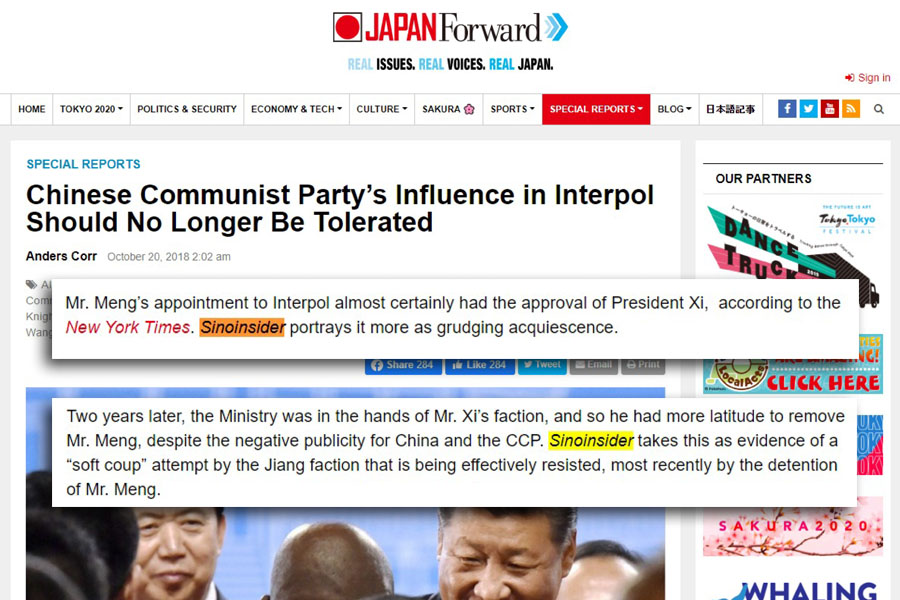 Mr. Meng’s appointment to Interpol almost certainly had the approval of President Xi,  according to the New York Times. Sinoinsider portrays it more as grudging acquiescence.

Two years later, the Ministry was in the hands of Mr. Xi’s faction, and so he had more latitude to remove Mr. Meng, despite the negative publicity for China and the CCP. Sinoinsider takes this as evidence of a “soft coup” attempt by the Jiang faction that is being effectively resisted, most recently by the detention of Mr. Meng.